What Simon Helberg from The Big Bang Theory is doing now 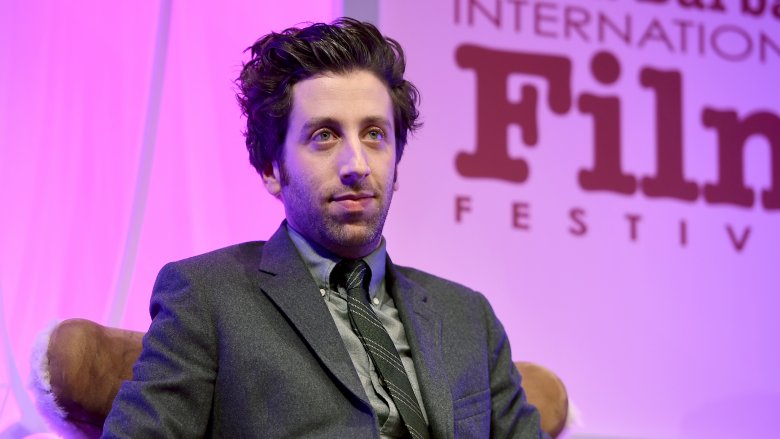 After twelve seasons on the CBS smash hit The Big Bang Theory playing superhero-loving and peanut-hating engineer Howard Wolowitz, actor Simon Helberg will forever be tied to one of the most popular sitcoms of all time. The reasons are obvious, of course, but also because he took a souvenir.

“I took the Nintendo controller belt buckle that I wore in the pilot,” Helberg told TV Line in 2019. “It’s small and indestructible and it means something to me. The character came together fully when I put on that crazy wardrobe that [Big Bang costume guru] Mary Quigley designed so brilliantly.”

So now that his time of playing the lovable nerd is over, what’s next Simon Helberg? Well, after making $900,000 an episode and amassing an estimated net worth of $45 million, you can say things are looking good. According to Architectural Digest, Helberg dropped over $6.8 million on a 4,000-square-foot, five-bedroom, 1930s Spanish colonial mansion in the Los Angeles neighborhood of Los Feliz. You’re definitely a ladies man now, Howard.

Professionally, things are about the same. Fresh off Big Bang Theory, Helberg signed on to star in the Geffen Playhouse’s production of Witch by Jen Silverman. Per TheaterMania, the play follows “a charming devil arriving in a quiet village to bargain for souls in exchange for granting darkest wishes.”

According to his IMDb page, Helberg doesn’t have any projects lined up at the time of this writing, because it appears he’s taking his talents to the stage — and settling into his mansion — for the foreseeable future. In 2018, he starred as George Bailey in the Pasadena Playhouse holiday production of It’s a Wonderful Life: A Live Radio Play.

His time on The Big Bang Theory will always be close to his heart, however. Two weeks before the series finale, the actor took to Twitter to share a heartwarming photo of the cast embraced in a group hug. “We have done this 278 times. Before every show. For 12 years. Tonight we’ll do it for the last time,” he captioned the pic.