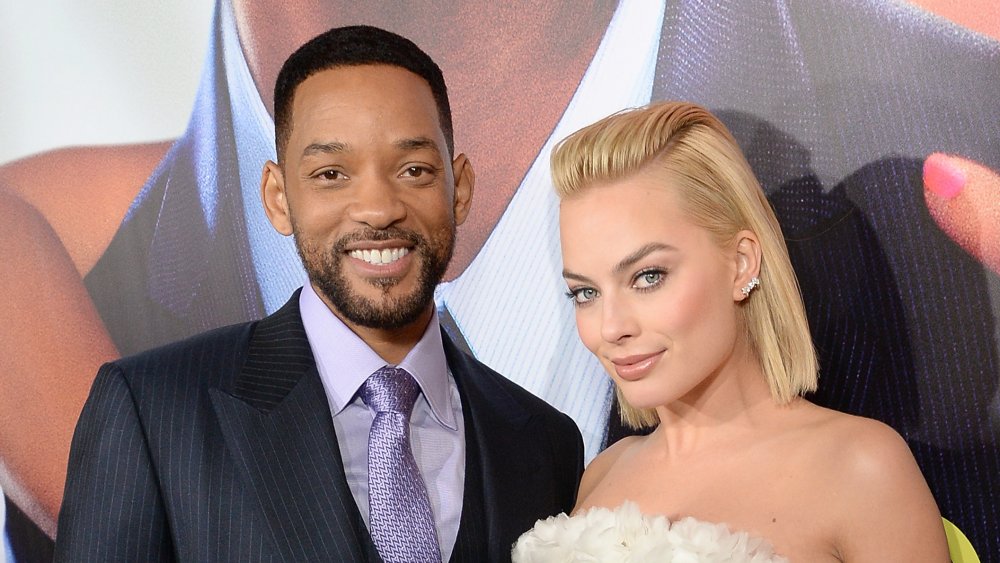 Margot Robbie and Will Smith, In 2013, Star magazine alleged that Will Smith was caught cheating with his Focus co-star, Margot Robbie. In the report, the publication claimed that in photo booth pictures they obtained and subsequently published on their cover, “Will appears shirtless and Margo[t] lifts her shirt up to reveal her lingerie.” An unnamed source also claimed that, “Once they pulled the curtain back to take the pictures, they let their inhibitions run wild, laughing, hugging and nuzzling each other in the dark.” Scandalous!

However, E! News wasted no time calling the entire story out as bogus. According to E!‘s informed source, “These pictures were commissioned by production. The entire cast and crew saw them taken” The informant maintained, “The photo booth was on set all day for a bit of fun. It wasn’t even a party—they were taken during the day and everyone knew about them. It was the last day of shooting.” According to the outlet, the same anonymous source ultimately concluded, “Will and Margot are absolutely just friends, that is all.” And there ya have it, folks.