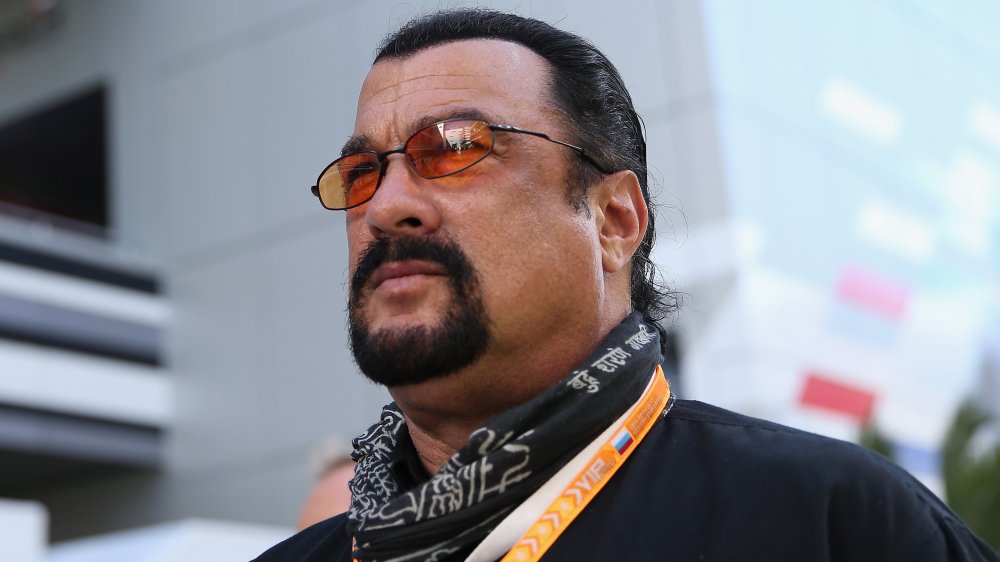 Steven Seagal, Stephen Tobolowsky is a well-known character actor, instantly familiar to viewers of Bill Murray’s Groundhog Day as annoying Ned Ryerson. Tobolowsky also co-starred with Steven Seagal in the 1996 film , The Glimmer Man, and he recalled the experience in an interview with AV Club.

Having been cast in the role of a serial killer, Tobolowsky somewhat jokingly summarized his time on the movie in three words: “trauma,” “terror,” and “confusion.” He’d arrived on set for the first day of shooting, only be told that Seagal wanted to rewrite the script. “He decided it was bad for his karma to constantly be killing people in movies, so he didn’t want to kill me anymore,” Tobolowsky claimed. When it came time to shoot the scene, Seagal declared he wouldn’t be killing the killer.

Luckily, Tobolowsky had an idea, telling him, “Steven, that is an amazing argument,” before explaining that his character was “trapped in hell” by his compulsion to murder, and that by killing him, he could then reincarnate into another being who could achieve redemption: “And Steven said, ‘I never thought of it that way.'” Tobolowsky’s character was eventually killed as scripted — though a Seagal adlib in another scene hinted otherwise, forcing Tobolowsky to come back in months later to fix the issue, adding in an off-camera line for Seagal’s character to “finish [him].”

“It’s ludicrous!” Tobolowsky said. “And I don’t know what they ended up showing.”