‘We have fewer rights’: Franco-Ontarian youth protest by living proudly 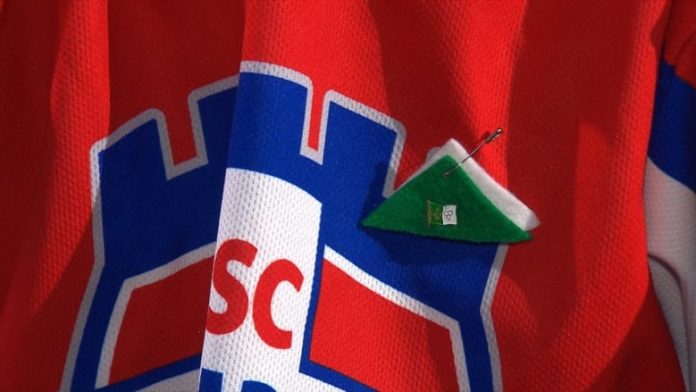 In Prescott-Russell county, about 500 kilometres east of Queen’s Park, signs of Franco-Ontarian pride colour the countryside. In most towns, the Ontario flag is flown next to its green-and-white Franco-Ontarian counterpart, decorated with both the fleur-de-lis and trillium.

This is the riding of Amanda Simard, who left her own party in protest of Premier Doug Ford’s cuts to French services.

And while the government has made attempts at concessions since then, it’s done little to quell the fury among these French-speaking communities.

This week, teens from across the region travelled to compete against their peers at an improv tournament, hosted by a French high school in Plantagenet​, Ont.

It’s light-hearted fun — an opportunity for like-minded kids to enjoy jokes and quick wit in their first language.

The competition is friendly, but the event is also coloured by protest. 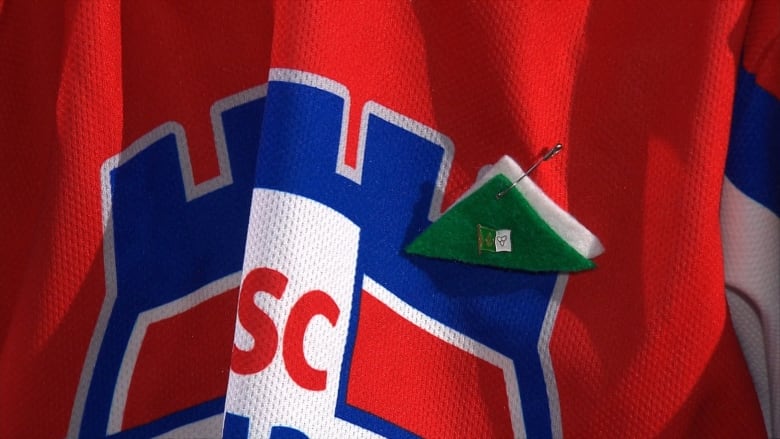 Franco-Ontarian students have donned green-and-white felt cutouts, pinned to their shirts in protest over the provincial government’s cuts to French-language services. (CBC)

Among Ontario’s approximately 14 million people, there are nearly 500,000 whose first language is French. About 40,000 of them are unilingual francophones.

I’d like to go to a French university, because that’s my identity.— Yanick Ranger, Grade 11 student

Many of the students, including Bazinet, have pinned green-and-white felt cutouts to their shirts to represent the Franco-Ontarian flag.

She’s seen some English speakers roll their eyes at all the outrage, but she said they don’t understand her reality.

“They’re not informed. They don’t know that because we’re a minority, we have fewer rights than them,” she said, speaking with CBC News in French after one of her improv matches.

“Personally, when I go somewhere like a restaurant or a store I always for service in French. It’s important, because if we don’t ask for it, we won’t have it.” She said Ontario anglophones “don’t need to ask, so they don’t understand.”

Among the province’s controversial measures is axing plans for a French-language University in Toronto. It has a direct impact on the futures of many of the students attending the tournament.

Yanick Ranger, ​a Grade 11 student from Casselman, Ont., said he was thinking about applying there.

“I’d like to go to a French university, because that’s my identity. I understand better in French, a lot better than anything else,” he said. 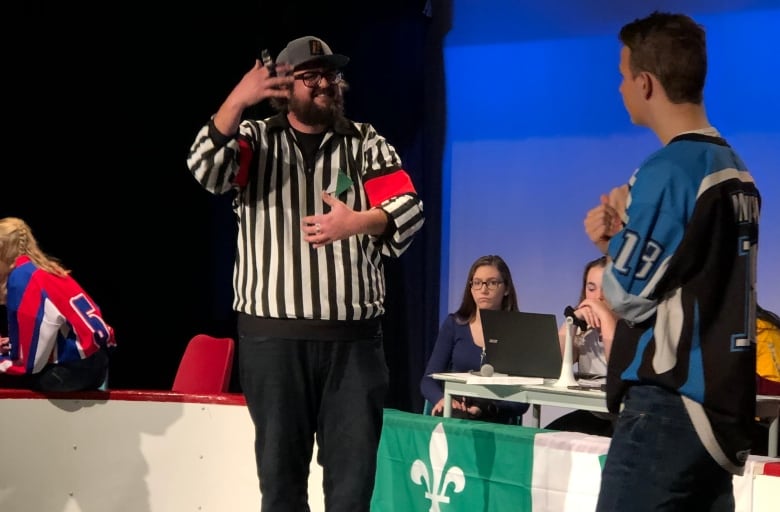 While the University of Ottawa is bilingual, some students say they had hoped to finally have a university to call their own.

At the University of Ottawa, “it’s not the same,” said Mathieu Bissonnette. “The environment itself, it’s more English. Like if you went to the cafeteria it would be more English than French.”

Improv referee Olivier Nadon said improv is one of thew few extracurricular activities that encourages Franco-Ontarian kids to embrace their culture and language.

“We’re surrounded by anglophones. English is cool. English is the language of Hollywood … Sometimes French can be viewed as slightly less cool, but that’s not the case in the improv ring.”

His group responded in their own way to the cuts, by participating in “la résistance” with a political video that’s sprinkled with tongue-in-cheek remarks like: “French university programs in Toronto are like the jokes in this video: There aren’t a lot!”

Nadon said he finds the best way to send a message is often with a sense of humour, especially when you’re trying to connect with youth.

Deciding to exist in French, to live in French … to do all your things in French, is political in itself.— Olivier Nadon, founding member of Improtéine

“When you feel threatened, you’ve kind of got to laugh about it,” he said. “If not, you’re going to be crying.”

Nadon said just existing as a Franco-Ontarian is a form of protest, these days.

It’s how many of the students have chosen to respond to the government’s measures. They all know the stories of how their parents and grandparents fought for the rights they enjoy today, in a majority English-speaking province.

Bazinet said her high school, École secondaire catholique La Citadelle, exists only because her grandfather and others fought for it in the 1970s.

“He’s the one who really showed me how to be a proud francophone,” Bazinet said. 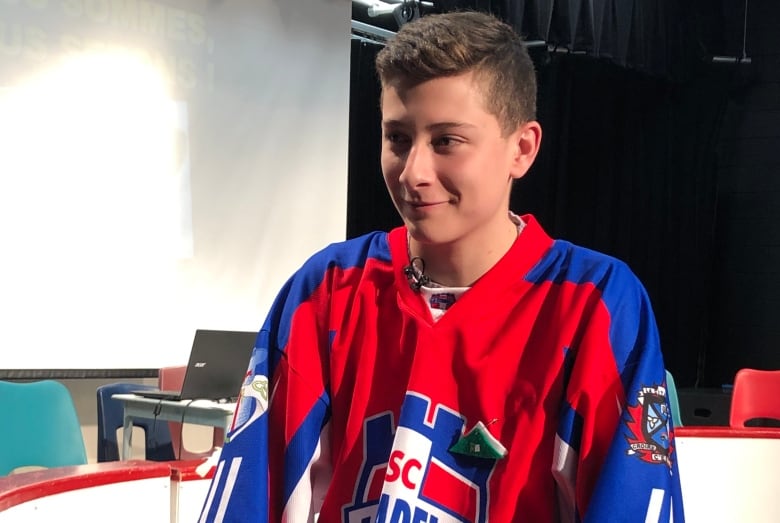 Mathieu Bissonnette is from Cornwall, Ont., a majority English-speaking town. He says it’s important to speak French as much as possible, even when doing something simple like ordering a coffee. (Jessica Rubinger/CBC)

Félix Saint-Denis is a Franco-Ontarian activist and the man behind L’écho d’un peuple, a huge outdoor show about French history and culture in North America.

He said if there’s a silver lining in all of this, it’s that it’s taught the next generation to never take their rights for granted.

“They understand more what their parents and grandparents fought for in the past, and now it is their turn. As we say in French — on passe le flambeau (we’re passing the torch).”

Saint-Denis said it’s time for Franco-Ontarian youth to raise their voices and make their presence known. 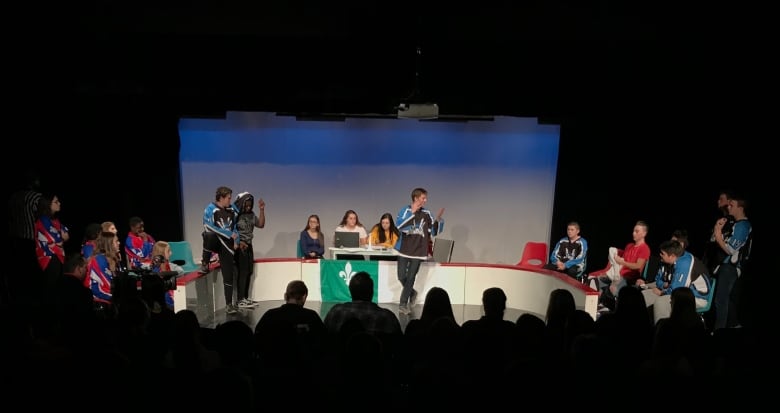 For Franco-Ontarian teens, improv is one of the few extracurricular activities that truly embraces their language and culture. (CBC)