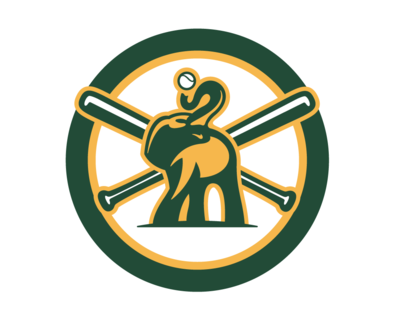 It’s hard to find an AL team that isn’t in the “mix for mediocrity” that is the second wild card hunt, but trust me to find one to root for! If the A’s were at .500 they would be all of 2 games out, but they aren’t so they aren’t and that’s just the way it goes.

Hovering around .500, though, vying for that one-game opportunity to probably travel to New York and take on the Yankees, are a slew of teams. Yankee hater that I am, I started pondering which team I should root for to secure that second wild card spot. I wasn’t looking for the best team, because they are all defined by their mediocrity, but I was looking for the team with the best ace who might be able to go toe to toe in a one-game showdown.

You know, like Jon Lester did for the A’— yeah, too soon. Way too soon.

That’s when I realized how aceless these chaps are. Perhaps the Yankees are currently one cut above the rest precisely because Luis Severino has pitched like an ace in 2017. The division leaders, Houston, Cleveland, and Boston, have aces in Dallas Keuchel, Corey Kluber, and Chris Sale. The teams trying to join the party? Wow, slim pickins.

One way you know a team is lacking a legitimate #1 SP is when you have difficulty figuring out who would even be selected for a one-game showdown. The Minnesota Twins come closest with A’s-killer turned most-teams-killer-this-season Ervin Santana, though his 5.46 ERA in June and July combined reflect a pitcher who came out of the gate like gang busters (0.77 ERA in 5 April starts) and has come crashing back to earth.

Would the Angels turn to Tyler Skaggs or J.C. Ramirez? Would the Mariners, down Felix Hernandez, Hisashi Iwakuma, and James Paxton, turn to the amazing Yovani Gallardo? Are the Kansas City Royals hoping to sneak in so they can pin their hopes on Jason Vargas (7.23 ERA in 4 July starts, 7.08 ERA in 4 August starts, 6.62 ERA since the All-Star break)? Or do the Royals prefer Ian Kennedy and his 5.06 ERA? Hey, the Rangers are still hanging in there and they have Yu Darvish. Oh wait, they gave up and traded him, so…Cole Hamels is kind of legit, I suppose, though he’s having a down year and has allowed 4 ER or more in 4 of his last 6 starts. Still more savory than Martin Perez and his 5.26 ERA.

Is it that there are fewer legitimate #1 SPs in the league right now or are they just all bundled on the few good teams? (The Indians could make a case for Corey Kluber, Carlos Carrasco, and Danny Salazar, and Trevor Bauer is a 12-game winner with more than a strikeout per inning.)

The kicker is this: the race for the second wild card is so tight — and figures to stay that way since all the teams tend to win and lose about half the time — that it’s entirely possible a team will need to pitch its “ace” on the season’s final day just to earn the wild card spot. In that scenario, you’re looking at…even worse options. Heaven forbid the regular season end the way the standings look now, with a tie for the second wild card (currently the Twins and Angels), and possibly the need to win game 162, and a one-game showdown, before going towards the BACK of the rotation for the wild card game.

Then again, last year the last pitch in the wild card game was thrown by Ubaldo Jimenez, so I suppose the bar is pretty low.

Which team do you think is best poised to win a wild card game?