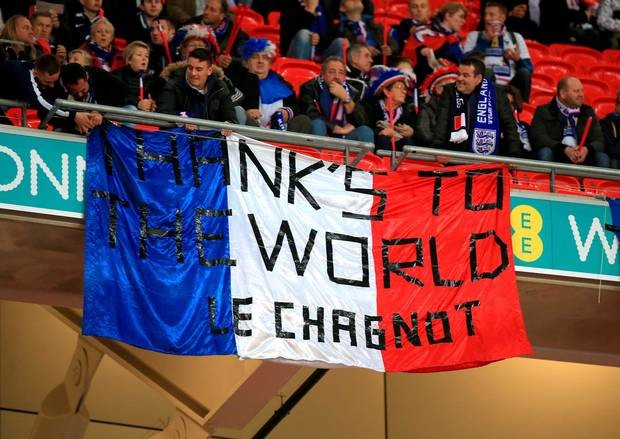 England and France paid tribute to the Manchester and London terror attack victims ahead of their friendly on Tuesday.

Both countries have been subject to atrocities over the last few years, with similar marks of respect taking place when the two sides last met in November 2015 – a couple of days after the Paris terror attacks.

At the Stade de France, a member of the invited brass band played ‘Don’t Look Back In Anger’ by Oasis which has become the unofficial theme of hope since the UK events.

As fans around the ground sang out the classic song from the Manchester band, the two teams emerged onto the pitch and lined up ahead of the national anthems.

France sang first before the lyrics to ‘God Save The Queen’ were displayed on the stadium screens for the crowd to sing along to, as the FA implemented with ‘La Marseillaise’ at Wembley in 2015. 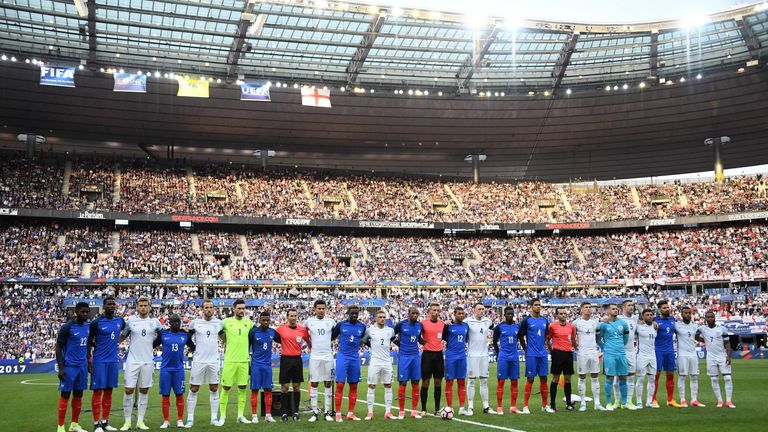 England and French players stand together ahead of the international friendly

The two teams them stood together around the centre circle, alternating between players from each country, for a moment of silence before kick-off.

British Prime Minister Theresa May was also in attendance alongside French President Emmanuel Macron for the match.

Hit play on the video above to see the tributes.