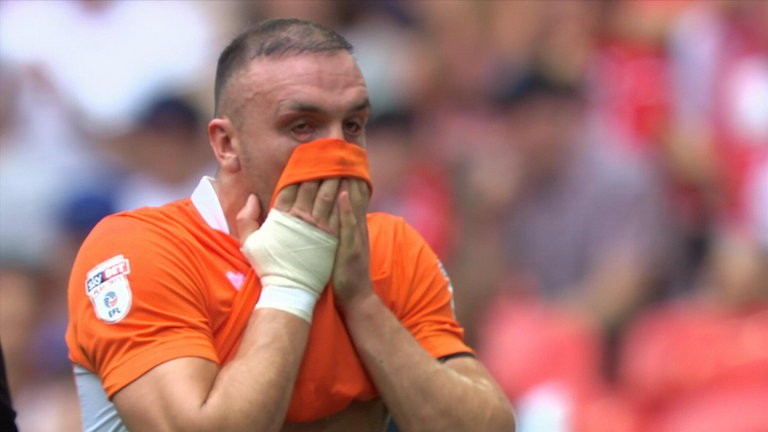 Blackpool captain Tom Aldred left the Wembley pitch in tears after he suffered a match-ending injury against Exeter.

Aldred came into the final carrying a knock and his Wembley experience only last 31 minutes as he went down clearly in discomfort with his shin injury.

The emotion on his face was clear to see.

He had to be helped from the pitch and put his playing shirt over his face in a bid to try and hide the anguish of having to come off in what was perhaps the biggest game of his professional career.

But those tears turned to cheers at full-time as Mark Cullen’s second-half winner sent Blackpool back into League One with a 2-1 victory against Paul Tisdale’s men.

The striker was in the right place at the right time to net with 25 minutes to go of the Sky Bet League Two play-off final as the Tangerines returned to the third tier at the first time of asking after suffering relegation at last season.