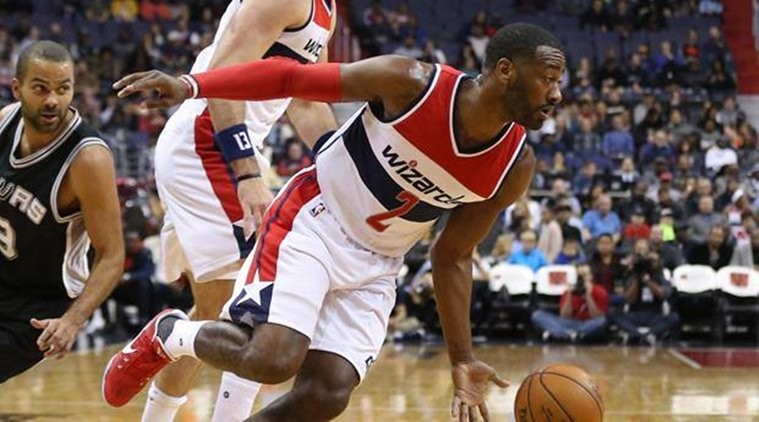 Team President Ernie Grunfeld announced the completion of the deal Wednesday. Wall said in a video posted on Twitter on Friday that he had agreed to the extension that begins in 2019-20 and includes a player option for 2023-24.

“John is an exceptional talent and a cornerstone for our team,” Leonsis said. “It’s John’s unique blend of skill and leadership that makes us a championship-caliber team.”

The Wizards now have their big three locked up. Earlier this offseason they matched a $106.5 million, four-year offer sheet forward Otto Porter Jr. signed with the Brooklyn Nets and last summer signed guard Bradley Beal to a $128 million, five-year contract that goes through 2020-21.

Porter was temporarily Washington’s highest-paid player, but that honor now belongs to Wall, the No. 1 pick in the 2010 draft out of Kentucky who set career highs with 23.1 points, 10.7 assists and 2.0 steals last season. Wall has averaged 18.8 points over seven NBA seasons.

“Returning to the only team I’ve known in my professional career was an easy decision for me,” Wall said. “I understand my role as the leader of this franchise and I will continue to work hard to improve my game and make our team better. … I’m excited to bring them and this city continued success and a team they can be proud of.”

The Wizards missed the playoffs in Wall’s first three seasons before making it in two of the past three. Wall averaged 27.2 points a game as Washington got to Game 7 of the second round this spring before losing to Boston.

“He has constantly worked to improve and expand his game and has developed into an all-NBA player who has elevated our franchise,” Grunfeld said. “We are thrilled that he will continue to lead us through the prime years of his career and look forward to watching as he solidifies his place among the greatest players in our team’s history.”