Scaramucci: ‘If Reince wants to explain that he’s not a leaker, let him do that’ 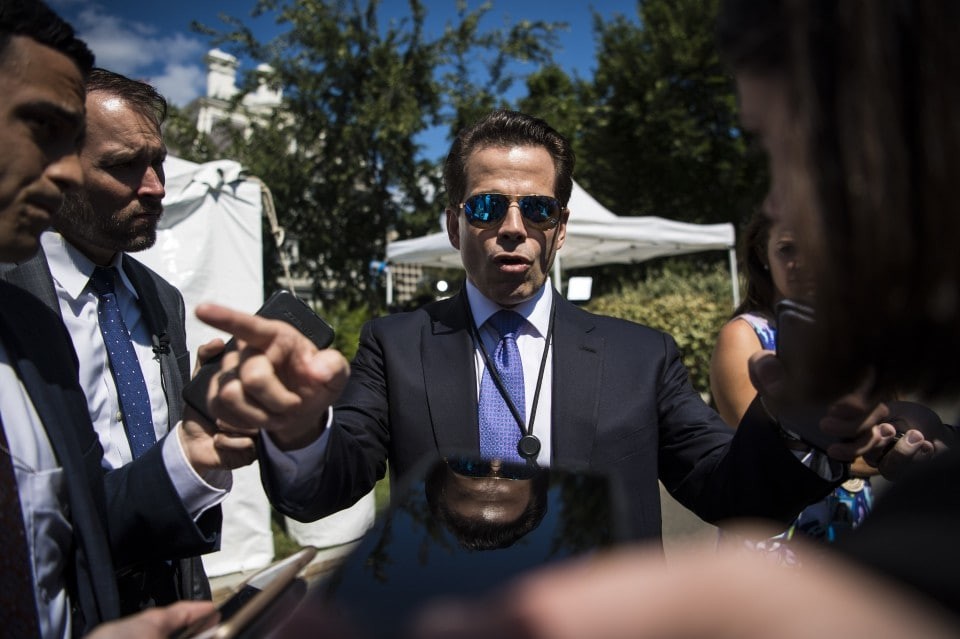 White House communications director Anthony Scaramucci said Thursday that he doesn’t know if his relationship with White House Chief of Staff Reince Priebus can be repaired, and he urged Priebus to publicly prove that he has not leaked damaging information to the media.

“If you want to talk about the chief of staff, we have had odds, we have had differences. When I said we were brothers, from the podium, that’s because we’re rough on each other. Some brothers are like Cain and Abel, other brothers can fight with each other and then get along. I don’t know if this is repairable or not — that will be up to the president,” Scaramucci said in a phone interview with CNN early Thursday morning, referencing the biblical brothers without mentioning that Cain murdered Abel.

[Everyone’s trying to figure out what Scaramucci was up to on Twitter overnight, especially perhaps Reince Preibus]

Late Wednesday night, following dinner with the president and others at the White House, Scaramucci responded to a Politico report about the financial disclosure form he filed during his stint at the Export-Import Bank earlier this year. The public can request to see these documents, and the article notes that the form is “publicly available upon request.” Scaramucci fired off a tweet that labeled the release of his financial disclosure a “leak” and “a felony,” adding Priebus’s Twitter handle to the end of the message.

“In light of the leak of my financial disclosure info which is a felony. I will be contacting @FBI and the @TheJusticeDept #swamp @Reince45,” Scaramucci tweeted.

Sarah Isgur Flores, a spokeswoman for the Department of Justice, said in a statement late Wednesday night: “We have seen an astonishing increase in the number of leaks of classified national security information in recent months. We agree with Anthony that these staggering number of leaks are undermining the ability of our government to function and to protect this country.” Flores added that Attorney General Jeff Sessions, whom the president has repeatedly attacked this week, “will aggressively pursue leak cases wherever they may lead.”

Here’s what you need to know about Anthony Scaramucci. (Victoria Walker/The Washington Post)

Some journalists interpreted Scaramucci’s late-night tweet as blaming Priebus for the leak. Ryan Lizza of the New Yorker tweeted late Wednesday night: “In case there’s any ambiguity in his tweet I can confirm that Scaramucci wants the FBI to investigate Priebus for leaking.”

Scaramucci later deleted the tweet. In the CNN interview, he said that he tagged Priebus because as “chief of staff, he’s responsible for understanding and uncovering” leakers in the White House. In the CNN interview, Scaramucci said that journalists like Lizza interpreted the tweet as blaming Priebus because they “actually know who the leakers are.”

“So if Reince wants to explain that he’s not a leaker, let him do that,” Scaramucci said.

Scaramucci told The Washington Post on Thursday that Trump authorized him to do the CNN interview and discuss Priebus and leaks.

Philip Rucker contributed to this report.