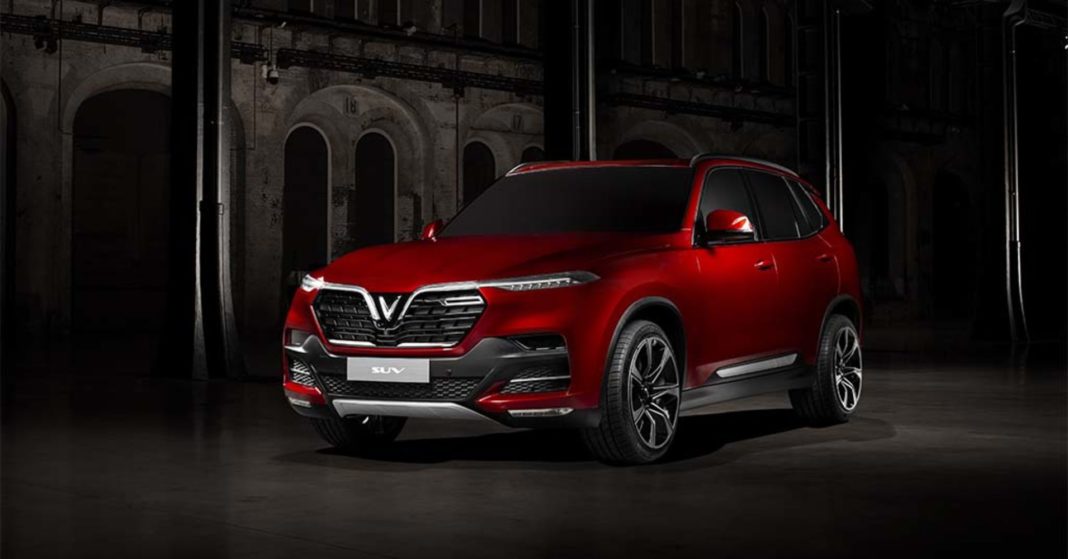 It was once one of the most dangerous waterways in the world, heavily mined and bombed during the final stages of the Vietnam War, but today, Haiphong Harbor has become the heart of the country’s economic boom.

And, if things go according to plan, it will soon become home to the world’s newest automobile company, with nearly half of the 827-acre factory complex Haiphong-based VinFast is now building based on land reclaimed from the sea.

Set to unveil two new models at the Paris Motor Show early next month, VinFast is the brainchild of Pham Nhat Vuong, a Vietnam native who, over the past quarter century, parlayed $40,000 in loans into an empire worth an estimated $10 billion. His Vingroup now operates a network of shopping malls, apartment complexes, spas, resorts, hospitals and schools across the country. VinFast marks its first entry into manufacturing. Its biggest test to date will come as the world gets its first glimpse of its products next month. Then, less than a year from now, Vietnamese consumers may get the chance to own one.

Initial plans call for the new carmaker to focus on the Vietnamese market. With the country’s GDP growing by an estimated 6 to 7 percent annually, automotive sales are expected to soar over the coming years. Even so, VinFast’s massive new production center would have enough capacity to nearly double the size of the domestic market, and company officials are looking at opportunities to export, primarily to Southeast Asia.

Jim DeLuca, the start-up’s CEO, just smiles when the question is posed about whether the company’s ambitions extend even further. DeLuca is a veteran Asia hand, having spent a decade working for General Motors in Korea and China before retiring in 2016. He received an unexpected call from Vingroup the following year, which drove him “out of a comfortable retirement.”

There are plenty of successful car companies in Asia, Toyota, Nissan and Hyundai immediately coming to mind, with scores of Chinese wannabes aiming to take advantage of the growth of that huge market. But the struggles of Indonesia’s Proton show just difficult it can be to start up from scratch.

A visit to VinFast’s manufacturing complex revealed key elements of the strategy the company hopes will allow it to emerge almost overnight as a major automotive player. That starts with putting a premium on the latter half of VinFast’s name. The company is moving at breakneck speed.

Even as monsoon-level rains threatened to wash the Haiphong complex back into the sea, workers were racing to complete construction in time to launch retail production of VinFast’s first products: two passenger cars and a line of electric scooters, by the second quarter of 2019, barely two years after preliminary work on the site got underway.

That’s all the more amazing when one considers that even for well-established automakers, it typically takes four to six years to go from concept to production of an all-new vehicle. DeLuca boasted, “We’re doing in 24 months what most OEMs need up to 60 months to do.”

Key to pulling that off, VinFast has lined up a strong list of partners, including ABB, Bosch, Magna Steyr and Siemens. It also convinced BMW to license the underlying architecture, or platform, for those first two models. But Dave Lyon, another former GM exec who is heading VinFast’s design operations, insisted the company’s cars “won’t be clones” of the BMW 5-Series sedan and X5 SUV.

The Vietnamese company convinced several European design houses, including Italdesign and Pininfarina, to come up with unique styling for those midsize models and, in a highly unusual move, it asked the Vietnamese public to vote on the designs they liked best. At that point, a traditional car company would have sculpted clay models, beginning a process that, just from the design side, could’ve taken several years. Instead, VinFast and Pininfarina, which won the styling shoot-out, worked almost entirely in the digital realm, cutting the development time by more than half.

With Vuong’s blessings, DeLuca has put together a dream team of automotive veterans from the U.S., Europe, Australia and Asia, challenging them to find ways to break with traditional industry practices to save time and reduce costs — even while putting an emphasis on quality.

“Being best doesn’t always mean it has to be the most expensive,” stressed Shaun Calvert, VinFast’s vice president of manufacturing.

The real test will come in the months ahead. The stamping, paint, engine and paint plants were all empty shells during a late August tour of the VinFast complex. The first tools were just going in at the engine plant that will produce a licensed version of a BMW 2.0-liter inline-four set to power those first two models. But the Vietnamese automaker plans to have everything in place by the end of the year for the first pilot vehicles to start rolling down the line. Production of models that can be sold will launch during the second quarter.

And the VinFast team is already working on two more products that it is scheduling for production by autumn 2019: a microcar and an electric vehicle.

The decision to debut with the more expensive models, explained DeLuca, was meant to create a “halo” around the VinFast brand, showing what it is capable of doing, but the smaller models to follow have, by far, the greater volume potential.

While Vietnam’s economy is growing fast, the average income is still little more than $2,000 annually, according to VinFast data. The typical consumer is stretching just to buy one of the scooters that are ubiquitous in urban centers like Hanoi and Ho Chi Minh City.

Income is significantly higher in major cities, said Thuy Le, chairwoman of VinFast and vice chairwoman of the Vingroup. The difference is significant enough that she is confident about the planned production capacity for the automaker, 250,000 vehicles annually. In fact, that’s at a modest 38 units an hour, slow by global standards and when pressed, VinFast officials acknowledged they could ramp up to something closer to industry norm, around 60 an hour.

The question is whether they will find market demand. Vietnam’s population is growing fast and, at 93 million, is larger than Korea’s. But its car market is still relatively tiny, around 300,000 vehicles a year, noted Mike Dunne, an independent industry analyst who has spent more than three decades in Asia.

There is little doubt the market will grow, Dunne told CNBC, though he doesn’t see that happening fast enough to absorb VinFast’s full production. It is possible the company could take some share from established competitors, especially market-dominant Toyota and Hyundai, Dunne added, but he doesn’t see those importers ceding volume without a fight.

“So, if I were Vinfast, I would be looking at both domestic and export markets,” he added, especially in Southeast Asia.

That is clearly on the agenda, according to DeLuca. If VinFast can prove itself out, he acknowledged, the company could look at even more challenging opportunities, such as Europe and, perhaps, even the U.S. — though given the U.S.’s past history with Vietnam, expanding in the market could be a challenge, Dunne said.

“Certainly, the ambition is there,” said Dunne.