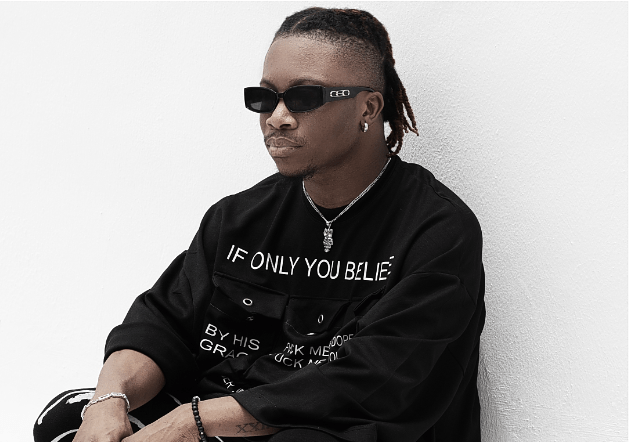 The 24-year-old whose full name is Ikuforiji Olaitan Abdulrahman who rose to prominence after the release of the song AWAY, which was included in the Rolling Stone 50 best songs of 2020.

A sex tape of the Epic Records signee was leaked via Snapchat and is now a top Twitter trend as at the time of filing this report.

The Nigerian entertainment scene is no stranger to sex tape stories, with Tiwa Savage and skit maker Bae U being the most recent examples.

According to reports, Oxlade allegedly created a Snapchat streak and gave it to a buddy to illustrate how he smashed an unidentified girl, and the friend then recorded the streak on his phone and published it online.

However, unlike Tiwa Savage, who was heavily attacked when she was a victim, most social media users appear to be praising Oxlade’s sexual skills, and this subject appears to have dominated the comment sections of most Twitter profiles that posted the controversial video.

Born in Surulere and studying at Lagos State University, Oxlade is a household name among music fans, having made waves with his catchy, trademark Afro-fusion sound.

The Nigerian music performer Oxlade is one of the continent’s most promising young singers.