Uvalde Police Officer Was On Phone With Slain Wife During Shooting: Report 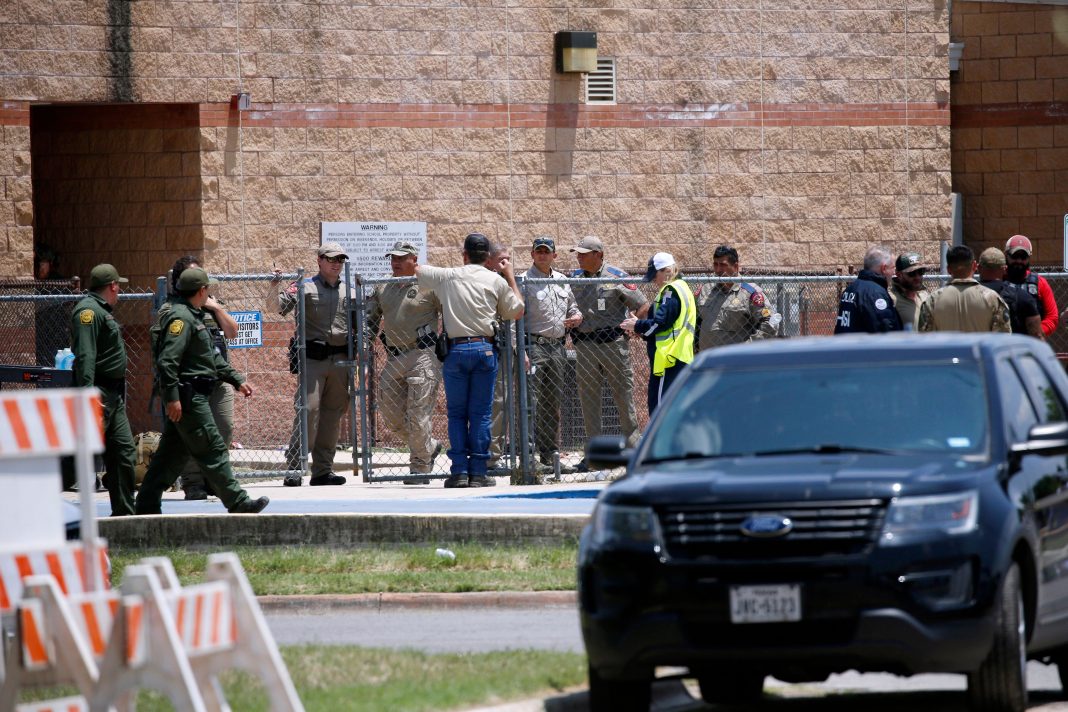 A teacher fatally shot in last week’s school shooting in Uvalde, Texas, was reportedly on the phone with her police officer husband after a gunman forced his way into her classroom, possibly shedding new light on how much information authorities had during the attack.

Eva Mireles’ husband, Uvalde school district police officer Ruben Ruiz, was standing outside of Robb Elementary with other officers when he had that final call with his wife, Uvalde County Judge Bill Mitchell told The New York Times citing information he received from local sheriff’s deputies.

“She’s in the classroom and he’s outside. It’s terrifying,” Mitchell said.

More than a dozen officers waited outside of that classroom door for at least an hour as the shooter killed 21 people, 19 of which were children, inside. That slow response has raised growing questions on why law enforcement at the scene didn’t react sooner.

Peter Arredondo, chief of police for the Uvalde Consolidated Independent School District, reportedly made the call not to enter the classroom because he believed it was a “barricaded subject” they were dealing with and not an active shooter.

Despite that claim, children inside the school placed calls to 911 begging for help while operators could hear gunshots being fired in the background, the director of the Texas Department of Public Safety told reporters Friday.

Mitchell’s office, the Uvalde school district, and Uvalde County Sheriff did not immediately respond to HuffPost’s request for comment Thursday on the Times’ report. Attempts to reach the Uvalde School District’s Police Department for comment were also unsuccessful.