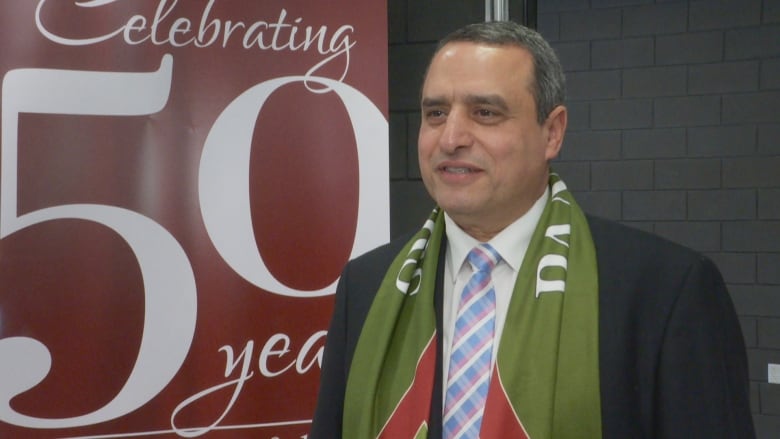 The University of Prince Edward Island has used non-disclosure agreements to create “a culture of silence and fear” on campus, resulting in a toxic workplace where staff would sooner leave the province than speak out, says a former professor.

Kate Tilleczek, who served as the Canada Research Chair in Child/Youth Cultures and Transitions at UPEI before leaving the institution in 2018, said she supported three women who ended up signing non-disclosure agreements, or NDAs, after they came forward with complaints of sexual harassment on campus.

For that, Tilleczek said she herself experienced retaliation from university administration.

“I don’t think a post-secondary institution is any place for an NDA,” said Tilleczek, who’s now an instructor at York University in Toronto.

“We’re there for intellectual openness and freedom and discovery and innovation… and I don’t see how NDAs have any place whatever.”

In 2013, the university acknowledged it had reached settlement agreements with two employees who had filed complaints of sexual harassment with the P.E.I. Human Rights Commission. Those complaints centred around the conduct of university president Alaa Abd-el-Aziz, who has held his post since 2010.

Neither the commission nor the university would provide specifics around the complaints — but at the time the chair of the UPEI Board of Governors, Tom Cullen, told the Charlottetown Guardian they involved inappropriate comments. As part of the settlement, the university said it couldn’t comment on what costs or conditions were involved.

Tilleczek said a third settlement was reached with a former university student regarding the conduct of a professor — not the president — and she said all three settlements included NDAs.

No response from UPEI

CBC News asked the university multiple times about its use of NDAs — whether they had been used and in what circumstances, whether there is a policy to direct their use, and how much money has been included in related settlement agreements

The university did not provide a response.

CBC reached out to the three people believed to have signed the agreements, which in such cases require both parties to agree not to speak to others about what happened, and could involve compensation for what a victim has been through. Two responded to say they could not provide comment. The third person did not respond.

After the issue of non-disclosure agreements was raised in the P.E.I. legislature earlier this year, another person reached out to CBC to provide information similar to that provided by Tilleczek. She described being harassed herself at UPEI. Fearing retaliation, she did not make a formal complaint. (CBC has agreed to protect her identity.)

People are afraid to speak out and the university is using public and student money to do this.– Woman who says she was harassed at UPEI

NDAs “are being used to silence victims of harassment and to protect the most senior [staff],” the woman told CBC.

She said some staff “have been workplace bullied and left and took the NDA because they needed the money. People are afraid to speak out and the university is using public and student money to do this.”

While working on this story, CBC contacted more than two dozen current and former students, faculty and staff.

One staff person did say they had signed two NDAs, pledging to not disclose financial details and human resources information to which they were privy, as is common in large organizations.

Another pointed to confidentiality requirements written into the university’s fair treatment policy. That policy requires complainants in cases of harassment and sexual harassment to maintain “the degree of confidentiality necessary to ensure… congenial and collegial relations among members of the University community.”

A new law which passed unanimously in the P.E.I. legislature in November is set to make the province the first jurisdiction in the country to limit the use of NDAs in cases of discrimination and harassment when it comes into effect in May.

Most of the restrictions will affect only future NDAs, but the bill includes measures ensuring those who have signed NDAs in past cases of alleged harassment or discrimination are always free to speak about their experiences with health care professionals, law enforcement personnel and prospective employers.

Julie Macfarlane, a retired law professor with the University of Windsor and co-founder of a global campaign to end the use of non-disclosure agreements to silence victims, said their use has become “standard practice” in Canadian universities, “much as it has been standard practice for many years in the church” when it comes to allegations of sexual misconduct.

NDAs allow offenders to be shuffled between institutions while preventing any warning from being issued to potential victims on the receiving end, Macfarlane says.

“That’s what NDAs are stopping us doing.”

The P.E.I. Advisory Council on the Status of Women says NDAs further harm victims of harassment by silencing them.

“Any resolution that does not allow someone to continue to speak about their experience and access the help that they need continues the harm,” said Jane Ledwell, the council’s executive director.

Ledwell said survivors should be able to decide for themselves whether to talk about their stories.

“The survivor who is cut off from their own story and unable to share it loses the opportunity for healing and restoration within the community,” she said.

Tilleczek said she believes she faced retribution for supporting the women who filed complaints about sexual harassment on the UPEI campus.

As an example, she said university administrators on two separate occasions tried to move her research lab from Dalton Hall into a basement location. The second time, she said, the decision was made without telling her, and was overturned only when the university’s vice president of research intervened.

Tillleczek said the victims themselves also became targets of retaliation from university administration; one had a sabbatical denied.

Tilleczek said all three victims left the campus, and that retaliation was a factor in her own decision to leave in 2018.

“Why would one stay in a position in a place that allows such harassment and toxicity to go unchecked?” said Tilleczek.

“It does affect you. It affects your kind of pride in place, particularly in the institution. And you’re kind of concerned that could happen to other people, to other women when there are NDAs, and this then buys silence [to protect] the persons who are harassing.

“It switches the culture in a way that for women doesn’t really feel safe or welcoming at all.”

‘Clearing of the air’ needed

Through the campaign “Can’t Buy My Silence,” Macfarlane is calling on UPEI and all universities “to release everybody whom they have currently given a non-disclosure agreement to.”

She’s also asking for universities to declare they will no longer use NDAs “when we’re dealing with cases that affect the safety of our employees and students, and those in other universities where they might subsequently work.”

Macfarlane says she believes that once one university “is brave enough to stand up and say: ‘This is a discredited, immoral practice and we won’t do it any longer,’ that that will put pressure on other universities — I hope — to follow suit.”

The silence and the complicity that went on, and perhaps still goes on at the University of Prince Edward Island… should be spoken about.– Kate Tilleczek

Tilleczek said UPEI should reach out to the victims who signed NDAs and make it clear it will not pursue legal action if they choose to tell their stories.

“I think there should now be a clearing of the air,” she said. “This new bill provides a way forward to open up some of those discussions.”

Tilleczek suggested an external third party could facilitate such a process.

“The silence and the complicity that went on, and perhaps still goes on at the University of Prince Edward Island… should be spoken about.”