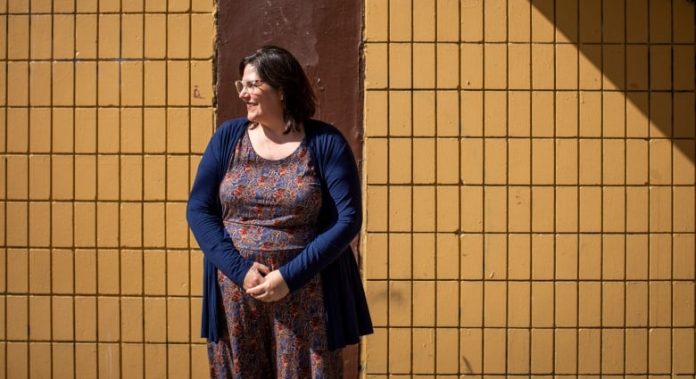 A minister in Vancouver’s Downtown Eastside has become the first Indigenous woman to lead a religious denomination in Canada.

On Saturday, the United Church of Canada elected Rev. Carmen Lansdowne as its new moderator. The position makes her the institution’s spiritual leader and public representative, while policies and doctrine are overseen by a general council.

“Our safety nets are not adequately responding to their needs,” Lansdowne said in an interview.

Churches should be “speaking truth to power” on issues like poverty, housing, Indigenous rights, and climate change, crises that “play out” tragically in the Downtown Eastside, she said.

“But they’re issues that affect all Canadians. I think the church should have something to say.”

Her election comes 36 years after the denomination became the first to apologize for abuses against Indigenous children in its residential schools.

“There are divisions or mixed feelings, and rightly so, within the Indigenous community about Christianity,” Lansdowne said. “And at the same time … the Christian story has been one that has been hopeful for some Indigenous people.”

Lansdowne said she “stands on the shoulders” of Alberta Billy, a We Wei Kai First Nation elder who died June 13. Billy was among a group of Indigenous elders who demanded the institution make amends in the 1980s.

That historic apology came in 1986, but the elders did not accept it, instead acknowledging it was received.

“That was a huge gift and challenge to the church,” Lansdowne said.

‘Make room for those conversations’

Lansdowne’s leadership of what was once one of the country’s most powerful denominations is a sign of change, said Rev. Ray Aldred, director of the Vancouver School of Theology’s Indigenous studies program.

“To fix something, that’s got to be a grassroots kind of movement and a good leader,” said Aldred, an Anglican minister and member of the Swan River First Nation. “And I think Carmen would be good at that … [to] listen to the grassroots and try to make room for those conversations to happen.

“Sometimes, people throw everything out, not just the bad stuff … What’s good? What needs to change? What can be kept?”

Not one to avoid the most divisive topics within Christianity, on June 28, she tweeted after the U.S. Supreme Court reversed abortion rights: “This pastor will marry you and support you as you access reproductive care. Full stop. No exceptions.”

Asked about the message, she said it reflected only her own views and ministry, admitting many Christians might be taken aback.

“There are people within the United Church of Canada for whom that would be a particularly radical and challenging statement, and we are not in agreement with each other about that,” she said. “I don’t feel like it’s my job or anybody’s job to judge another person around what happens in and to their body.”

In 1980, the church declared “abortion should be a personal matter between a woman and her doctor” — the same year it elected its first female moderator, Rev. Lois Wilson.

The United Church is among the country’s largest Protestant denominations; roughly 1.4 million Canadians express an affiliation, according to Statistics Canada.

But a massive membership decline has dealt an enduring blow to Sunday pews — and offering plates.

“We have yet to see what the future of the church looks like … new ways that we couldn’t possibly imagine that don’t centre around a neighbourhood congregational building,” Lansdowne said.

Having also worked for environmental law firm Ecojustice, she said one of the most urgent priorities of her three-year term is to “confront” the crises of climate change, the “rise of nationalism and potential fascism,” and the neglect of seniors.

“The church can do and should do more,” she said. “We don’t have a ton of time to confront some of the challenges that we have … We have to think big and be hopeful and creative.”

Lansdowne will be officially installed at a ceremony on Aug. 7 at Canadian Memorial United Church in Vancouver.