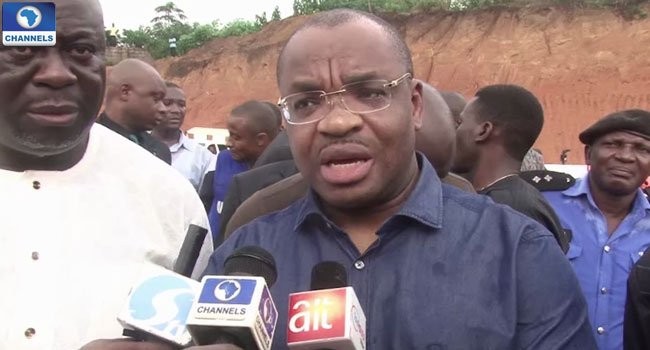 Enugu – Gov. Emmanuel Udom of Akwa Ibom has been appointed the interim chairman of the joint South-East/South-South Governors’ Forum.

Udom emerged chairman at the first meeting of the forum held late Sunday night at the Nike Lake Resort, Enugu.

He told newsmen at the end of the closed door meeting that governors from the two zones had decided to pursue inter-regional cooperation for greater integration.

The governor said that the leaders of the two zones had agreed to realign as a people that share a common heritage, culture and affinity.

“Having reviewed the state of the nation, particularly as it affects us in the South-South and South-East regions, we have agreed to pursue inter-regional cooperation.

“This will be for integration and for the economic benefit of the two regions.

“We also have resolved to politically work together and realign as a people that shared common heritage, culture and affinity,” he said.

Udom said that he was unanimously chosen as the interim chairman by other governors, adding that their next meeting would hold in Port Harcourt on Aug. 27.

The governors of Abia, Bayelsa, Ebonyi, Enugu, Imo, Cross River and Rivers, attended the meeting; while the deputy governor of Anambra represented the governor.