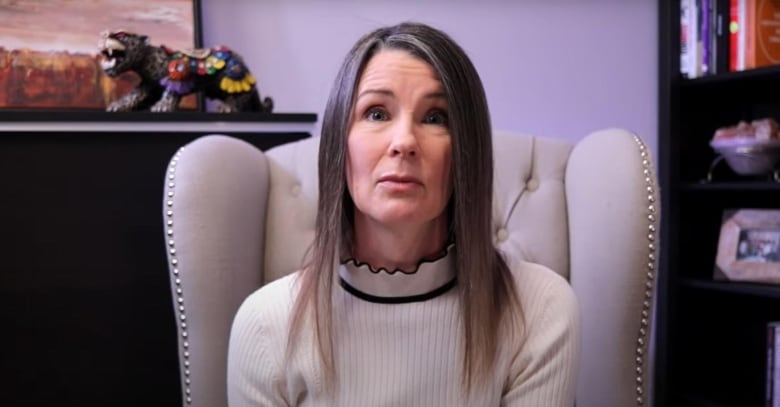 The United Conservative Party (UCP) board has disqualified a potential candidate who had advocated for debunked COVID-19 treatments like ivermectin and compared vaccine passports to policies enacted by Adolf Hitler and the Nazi regime.

The UCP disqualified Nadine Wellwood, a possible candidate in the riding of Livingstone-Macleod in southern Alberta, earlier this week. She appealed the decision, writing that the party had told her it had concerns with her previous social media posts.

“I believe that the party elite have overreached their authority and this action itself threatens the integrity of the UCP,” she wrote in a statement posted Monday.

On Thursday, Wellwood lost her final appeal with the board. The UCP’s director of communications confirmed Saturday the appeal had been dismissed, but declined to provide further comment.

Wellwood, who previously ran in the federal election as a People’s Party of Canada candidate, did not respond to a request for comment.

David Parker, who founded the anti-establishment group Take Back Alberta in late December 2021, said he thought the board made the right decision, and said the group does not support her. He said a number of members of Take Back Alberta voted against Wellwood.

“I think a lot of the views she’s espoused would be very detrimental to our re-election hopes,” he said, specifically citing her previous comments on Russian President Vladimir Putin.

In March, Wellwood speculated on social media that Putin could be fighting a “globalist agenda” after Russia invaded Ukraine.

“Regardless of how we feel about our own governments, we can’t begin praising tin pot dictators,” Parker said.

Late last month, Take Back Alberta channeled its grassroots support to elect party board candidates sympathetic to their views, which are closely tied to similar sentiments championed by those who blockaded the border at Coutts, Alta., earlier this year.

They took nine out of nine candidates, meaning half of the board is now comprised of those supported by the organization. Alberta Premier Danielle Smith has a vote on the board.

Wellwood and Smith had posed for a photo together at Take Back Alberta hospitality suite at the UCP convention in October.

Wellwood had also voiced her strong support for the new premier shortly after the celebration had concluded, posting a video wherein she wrote she “could not be happier with the outcome.”

I could not be happier with the outcome. Congratulations Premier Danielle Smith. <a href=”https://t.co/0PEZqgzXmj”>pic.twitter.com/0PEZqgzXmj</a>

‘No apologies for having strong opinions’

In a statement released earlier this week, Wellwood said she made “no apologies for having strong opinions” but would try to offer “more context when commenting or sharing information in future.”

“I will take steps to ensure that I better articulate our shared conservative values and ensure the members of Livingstone-Macleod views and opinions are what are represented,” she wrote.

In January 2021, Wellwood posted a video responding to a Nanos Research survey that suggested a majority of Canadians would support barring those without proof of vaccination from locations in which people come into close contact.

Wellwood said that such a move seemed no different to her than banning ethnic and racial minorities from accessing businesses, suggesting it could lead down a path to something resembling Nazi Germany.

Over the past year, she has also advocated for the jailing of those who “forced and coerced” vaccinations on the general population and has spread misinformation about the health effects of vaccines on multiple occasions.

In a March 2021 Calgary Herald opinion article, Smith wrote that a “national discussion” was taking place surrounding whether people should be forced to take mRNA vaccines, which she suggested would fly in the face of the Nuremberg Code, a set of principles established after the Second World War that stipulate people must choose if they want to receive experimental medical treatment.

Among the first concerns voiced by Smith after taking office was her claim that the unvaccinated were the “most discriminated against group that I’ve ever witnessed in my lifetime.”

She would attempt to walk those comments back after widespread backlash. During her campaign, Smith pushed back against “cancel culture” and impediments to free speech.

Wellwood’s disqualification leaves Livingstone-Macleod without a UCP candidate for the 2023 election in Alberta after MLA Roger Reid announced he would not be seeking a second term.

Reid previously told The Globe and Mail that he did not want to run against Wellwood and would not support her. Kevin Van Tighem, a former superintendent of Banff National Park, is running for the Opposition NDP in the riding.

A spokesperson with the premier’s office said the party had a process for dealing with internal business.

“We will leave party matters to them,” Rebecca Polak said in an email.

Wellwood lives in Cochrane, an hour’s drive north of the Livingstone-Macleod riding. Smith lives in the constituency, but is now MLA for Brooks, a two-hour drive east.