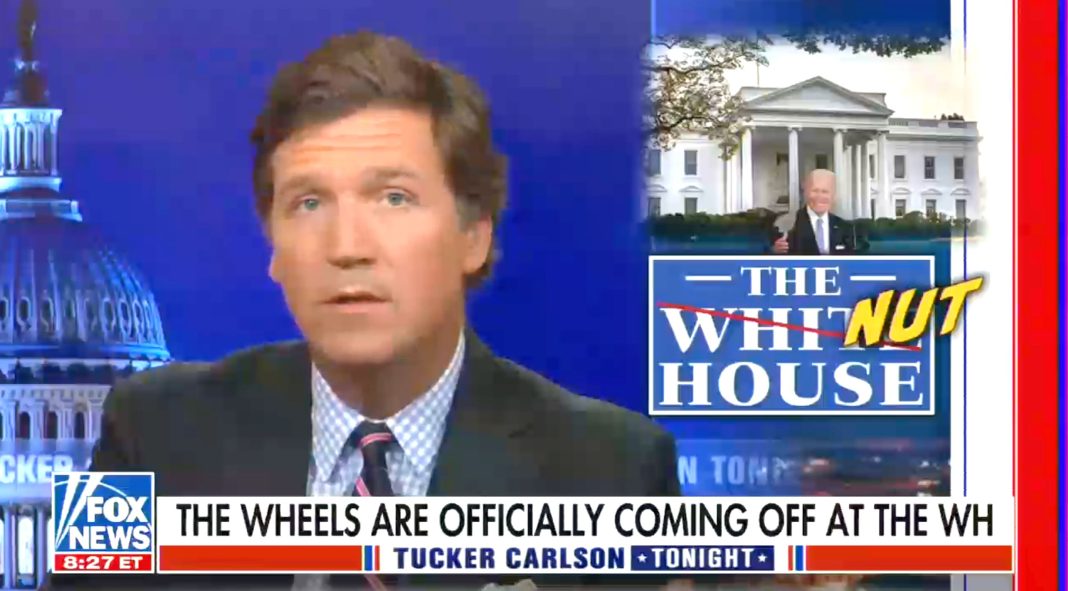 Tucker Carlson seems to have something against a popular Korean boy band combining forces with the White House to denounce anti-Asian hate crimes in the U.S.

The Fox News host mocked the Biden administration and BTS Tuesday after the K-pop mega stars, who have millions of fans in the U.S. and around the world, appeared at the White House to raise awareness and speak out about the rise in hate crimes and discrimination against Asian Americans in recent years.

“Things have gotten very bad for Joe Biden, both public-facing and internally. What are they doing about it? Well, they broke glass in case of emergency and invited a Korean pop group to speak at the White House today,” Carlson said, airing footage from the appearance.

“Yeah, so we got a Korean pop group to discuss anti-Asian hate crimes in the United States. Okay. Good job, guys.”

The Biden administration has been working to address the surge in violence against Asian Americans since last year. In May 2021, the president signed the COVID-19 Hate Crimes Act into law, after a white shooter killed eight people — including six Asian women — at a massage spa in Georgia in March.

Carlson’s show was named “what may be the most racist show in the history of cable news” in a recent New York Times investigation about how the Fox News host stoked white fears and division and channeled it into ratings over the years. He has directed his vitriol at immigrants and people of color across the board.