San Francisco Voted In A Progressive District Attorney. Now He May Get Recalled. 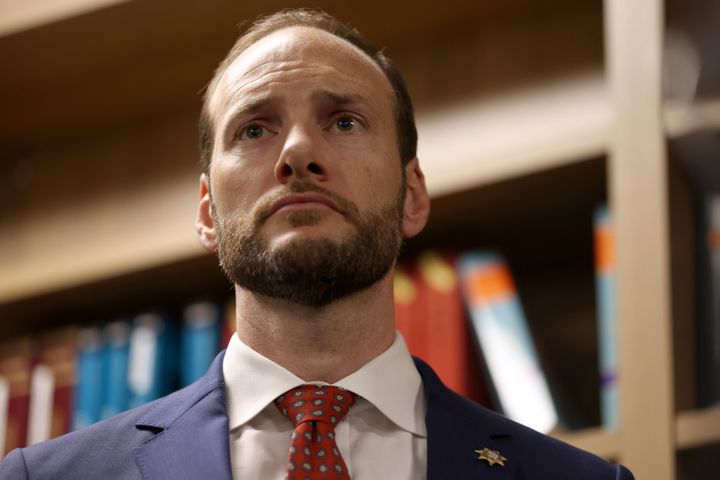 The recall effort is being led by a group called San Franciscans for Public Safety, which gathered over 50,000 signatures needed to put the recall on the ballot. If Boudin is removed from his position in the June 7 election, mayor London Breed would appoint an interim DA until voters weighed in again in the November election.

Boudin was elected to his post in 2019 as part of a movement of progressive prosecutors across the country — including Larry Krasner in Philadelphia — pushing back on decades of tough-on-crime policies that increased mass incarceration and disproportionately criminalized Black and Latinx people.

Supporters of the recall have claimed crime is on the rise in the city and blamed the progressive DA. They’ve pointed to high-profile incidents that garnered significant local media attention, such as a robbery at Louis Vuitton in Union Square last year and a drunk driver released on parole who hit and killed two women on New Year’s Eve. Some San Francisco residents have reported feeling unsafe due to a perceived increase in property crime, such as car thefts and home burglaries.

“It’s clear that San Franciscans have had enough and want a new course for our city — one that doesn’t include Boudin as district attorney,” said Mary Jung, chair of the recall campaign. She pointed to a rise in homicides and property crimes, saying residents “have had enough of Boudin’s failed leadership.”

But a widespread sentiment among residents of the city that crime is worsening is not supported by data.

A San Francisco Chronicle analysis found violent crime in SF actually declined during the pandemic. While murders and shootings increased in recent years, this tracks with trends across major U.S. cities. Most property crimes are also trending toward their pre-pandemic levels.

Boudin’s team has slammed the recall effort as a political tool used to reverse a fairly won election.

“The recall campaign’s rhetoric is not just false, it’s dangerously misleading,” said Julie Edwards, spokesperson for the campaign supporting Boudin against the recall.

“It tells voters there’s a singular answer to any concern about public safety and recall is the only solution, which distracts from the hard work and real solutions we need to make San Francisco safer.”

The recall is being funded by wealthy donors, including William Oberndorf, a Republican mega-donor.

Groups supporting Boudin with donations against the recall include the Northern California American Civil Liberties Union and local union chapters of the SEIU.

No elected Democrats have publicly supported the recall. However, recent polling indicates voters in the majority Democratic city are leaning toward recalling the progressive DA.

Some critics of Boudin have also pointed to anti-Asian violence increasing in the past two years in San Francisco, but such hateful attacks were seen in cities across the country amid the COVID-19 pandemic. In 2021, reported hate crimes against Asian Americans in SF went up 567% compared to 2020. Similarly, in New York City, NYPD found incidents targeting Asians rose by 361%.

Boudin won a tight race in 2019, despite mayor London Breed appointing his opponent Suzy Loftus as interim DA just weeks before the election (after the previous DA George Gascón stepped down to run for DA in Los Angeles).

During his campaign, he spoke of the importance of diverting people from the criminal legal system into programs for mental health, addiction and housing. According to the city health commission, about 40% of people booked into San Francisco jails are homeless or insecurely housed, about one in five are diagnosed as seriously mentally ill and about three-quarters reported substance use (not marijuana).

“Jail should be a last resort,” Boudin told HuffPost in 2019. “We need a district attorney who understands the big picture and what’s driving crime. We can’t jail our way out of the problem.”

But earlier this year, three school board members were successfully recalled from their posts — the first recall in San Francisco since 1983.