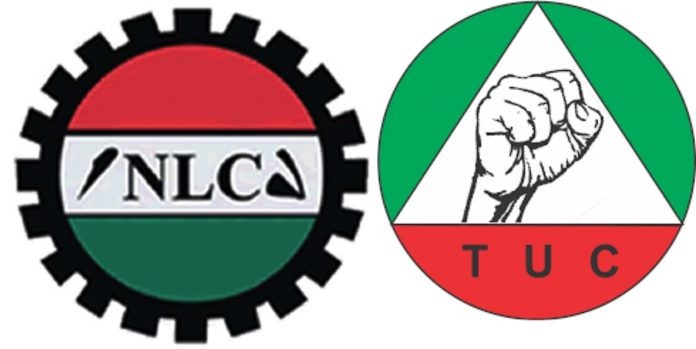 THE Trade Union Congress, TUC, has described the suggestion by the Vice President, Profe-ssor Yemi Osinbajo, that a new minimum wage will be selectively implemented as retrogressive and, therefore, unacceptable.

Speaking at the Congress’ National Executive Council, NEC, meeting in Lagos, the President, Mr. Bobboi Bala-Kaigama, said: “NEC-in-session kicks against it and demands that the minimum wage implementation should be holistic and not selective. Minimum wage is for all and remains and should remain in the exclusive list.

“Furthermore, we condemn the delay to constitute the 29-member committee for National Minimum Wage for the country months after it was announced. We call on the Federal Government not to task the patience of workers beyond limit as the current wage structure is no longer tenable, when viewed against the economic realities on ground.”

The Congress, in a 16-page communiqué, called on Federal Government to direct the Economic, EFCC, and ICPC, to probe the use of bailout funds and Paris Club refunds noting that “the funds have become the latest source of corruption among our political leaders.”