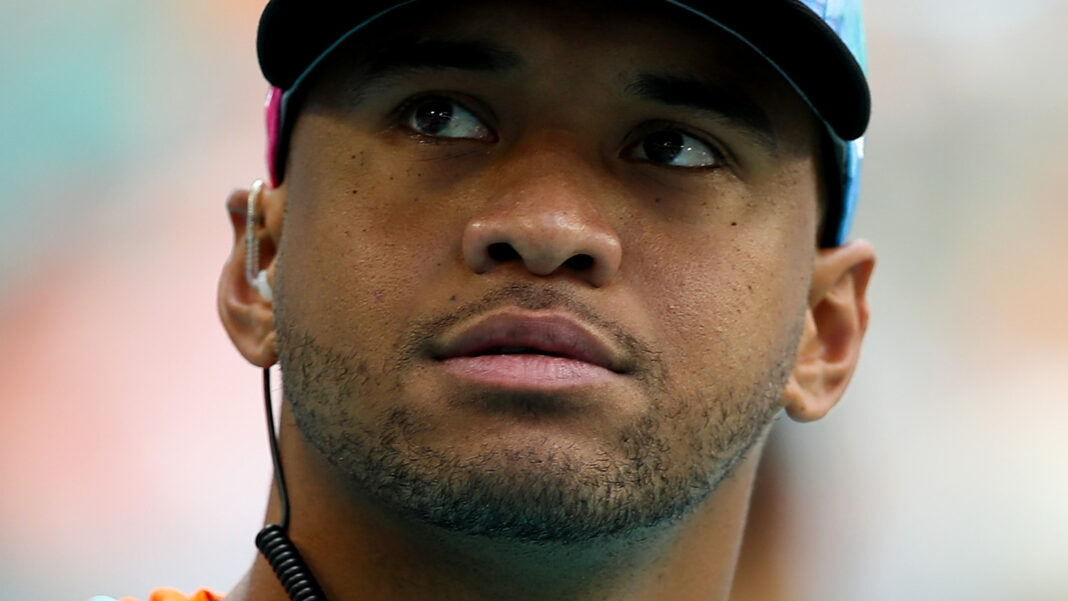 Tua Tagovailoa might be a talented player, but he’s also proven to be prone to injury — which means that the Miami Dolphins’ success hinges on his durability. During his time with the Crimson Tide, Forbes reported that the quarterback suffered five injuries, including a broken left index finger, a sprained right knee, left and right ankle sprains, and a dislocated right hip. According to Sports Center, this last injury left him “screaming in pain as medical training staff had to pick him up and carry him off the cart.” He consequently needed surgery, and missed several games as a result.
Also read: ‘DWTS’ Prom Night: Who Was Eliminated And Who Won The Dance Marathon? #PromNight

Tagovailoa’s injury history meant that NFL teams “took a cautious approach” toward him in the 2020 draft despite the fact that the quarterback “[felt] 100%” after his hip surgery. Pro football doctor Dr. David Chao claimed that Tagovailoa’s tendency to get injured was tied to his fearlessness on the field. “The more you expose yourself to hits, the more prone to injury you are,” he said on 106.7. Either way, Tagavailoa’s injuries have continued throughout his time in the NFL. While his rookie season was only marred by a thumb injury, he had a rib fracture and a fractured throwing hand during his second year in the league. But it wasn’t until his third year in the league that Tagovailoa began to incur more serious injuries.