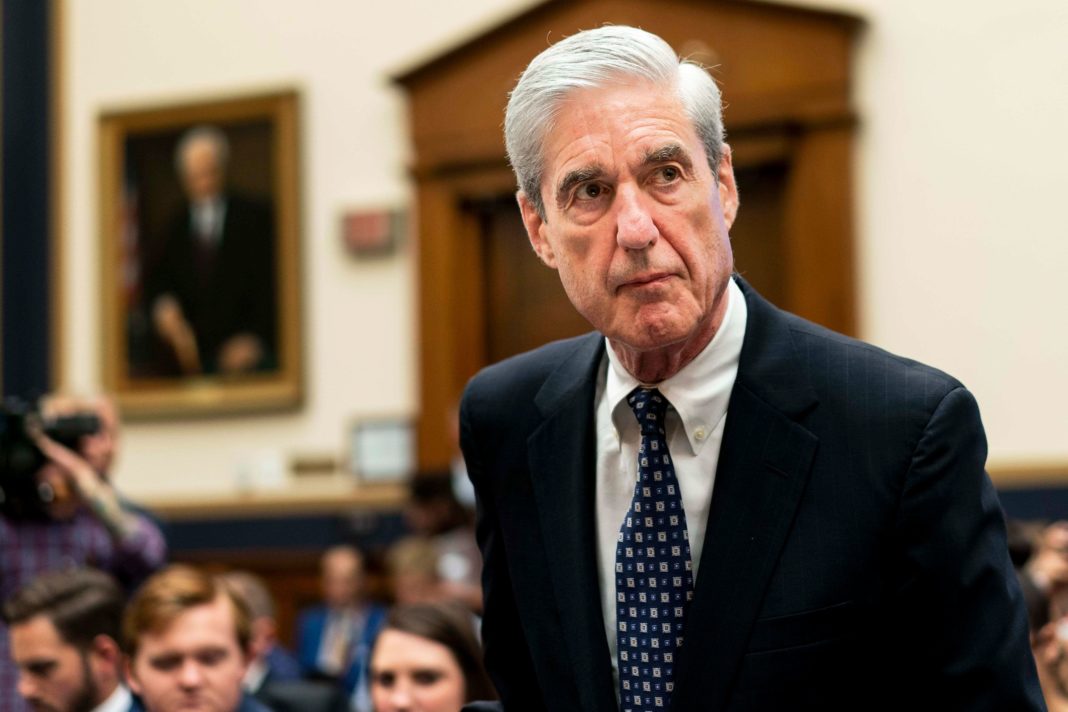 Rep. John Ratcliffe, a Texas Republican and a member of the House Judiciary Committee, had zeroed in on one of the key lines from Mueller’s report on Russian election interference, possible coordination between Trump’s campaign and the Kremlin, and possible obstruction of justice by Trump himself.

Mueller’s 448-page report found insufficient evidence to prove coordination, and declined to make a determination on obstruction despite detailing numerous examples of potential obstruction by Trump.

But the report notes: “While this report does not conclude that the president committed a crime, it also does not exonerate him.”

During Mueller’s first hearing before the Judiciary Committee on Wednesday, Ratcliffe said he agreed with Mueller’s conclusions that Russia’s efforts to meddle in the 2016 presidential election were “sweeping and systematic.”

But he tore into Mueller for including the asterisk in his report that explicitly said Trump was not exonerated.

“Can you give me an example other than Donald Trump where the Justice Department determined that an investigated person was not exonerated because their innocence was not conclusively determined?” Ratcliffe asked Mueller.

The former special counsel responded, “I cannot, but this is a unique situation.”

Ratcliffe shot back: “You can’t find it, because – I’ll tell you why – it doesn’t exist.”

Mueller made no determination about whether Trump obstructed justice, because Mueller followed a Department of Justice legal opinion that states that a sitting president cannot be indicted while in office.

But Mueller later told another Republican in the hearing, Rep. Ken Buck of Colorado, that Trump could potentially be indicted after leaving office.

“It was not the special counsel’s job to conclusively determine Donald Trump’s innocence or to exonerate him because the bedrock principle of our justice system is a presumption of innocence. It exists for everyone, everyone is entitled to it, including sitting presidents,” Ratcliffe said in the hearing.

“You managed to violate every principle and the most sacred of traditions about prosecutors not offering extra prosecutorial analysis.”

Trump shouldn’t be above the law, Ratcliffe added, “but he damn sure shouldn’t be below the law, which is where volume two of this report puts him.”

“It’s clear that Rep. Ratcliffe was selected because he exhibited blind loyalty to President Trump with his demagogic questioning of former Special Counsel Robert Mueller,” Schumer said in a press release Sunday. “If Senate Republicans elevate such a partisan player to a position that requires intelligence expertise and non-partisanship, it would be a big mistake.”

Coats, the current director of national intelligence, will be leaving his post on Aug. 15, Trump announced in a tweet Sunday.

“A former U.S. Attorney, John will lead and inspire greatness for the Country he loves,” Trump tweeted.

Coats, a former Bush-era ambassador and former senator form Indiana, had a tense relationship with Trump during his tenure in the administration, marked by clashes over foreign policy that were on some occasions aired in public.