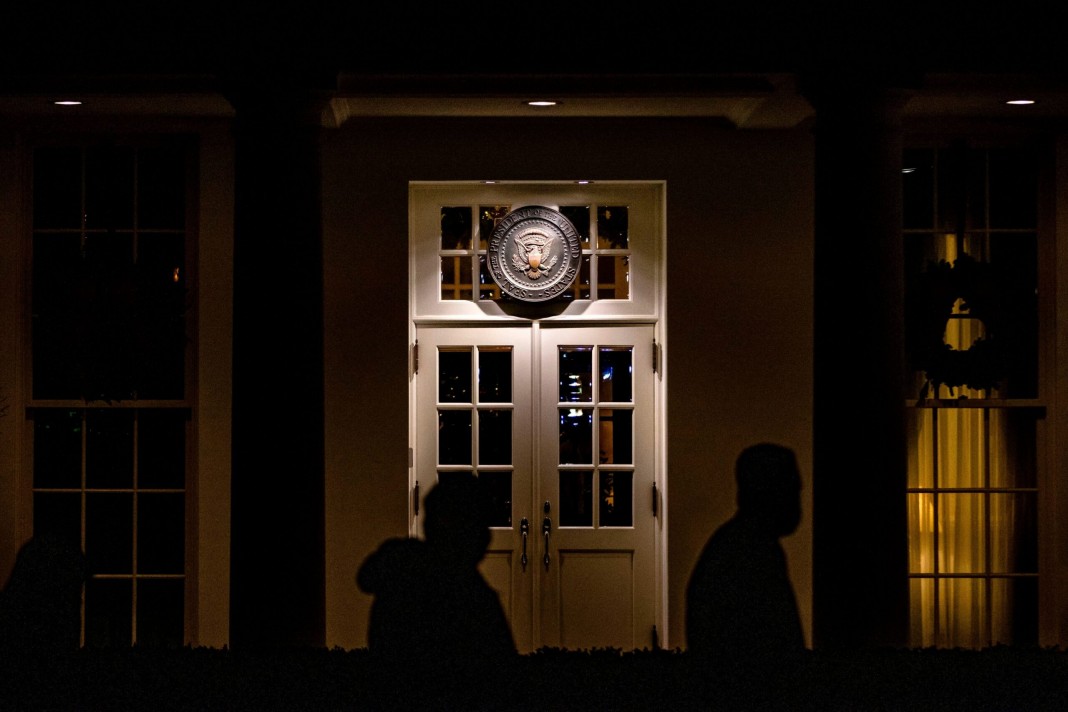 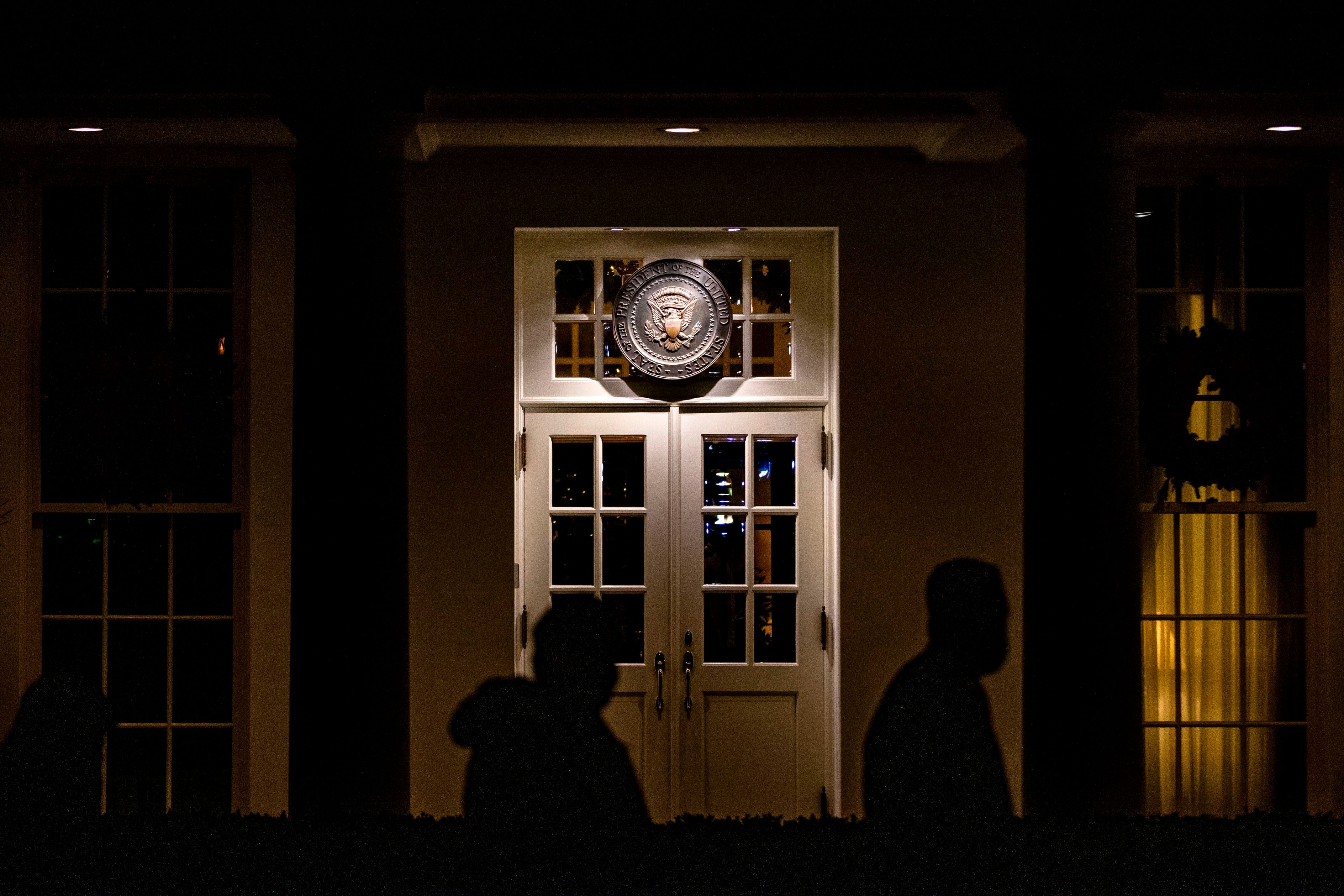 WASHINGTON — After spending months on the sidelines while Congress tried to pass a coronavirus relief bill, President Donald Trump finally inserted himself into the conversation Tuesday night, seemingly with a veto threat, after lawmakers had already reached a deal, passed the bill and left town.

A bill that passed with veto-proof majorities — 359-53 in the House and 92-6 in the Senate — is now in jeopardy of not becoming law.

“I am asking Congress to amend this bill and increase the ridiculously low $600 to $2,000, or $4,000 for a couple,” the president said toward the end of a four-minute video he posted on Twitter. Trump also demanded that a tax break for corporate meal expenses referred to as the “triple martini lunch deduction,” currently in the bill for two years, be made permanent.

Trump didn’t explicitly use the word “veto” in his video message, raising the possibility that he may ultimately sign the legislation.

It’s an awkward position for lawmakers on both sides. Democrats are positioning themselves with Trump that $600 for most Americans isn’t enough money. They perhaps are hoping they can increase that total, even if it gives Trump a political win.

For Republicans, the situation is even more uncomfortable. It was GOP lawmakers, after all, who objected to increasing the size of direct stimulus checks. And the victory lap that Senate Majority Leader Mitch McConnell (R-Ky.) and Georgia Senate candidates David Perdue and Kelly Loeffler were taking Tuesday has now been interrupted by a temperamental, lame-duck president who has suddenly decided he doesn’t like the final product.

Republican senators have made it very clear they do not see the stimulus checks as a priority.

It’s unclear how this shakes out. But House Speaker Nancy Pelosi (D-Calif.) seemed to play along Tuesday night, tweeting that Democrats were ready to bring a $2,000 direct stimulus payment to the floor this week by unanimous consent. It isn’t known yet whether Pelosi intends to bring that to the floor separately, apart from the coronavirus and omnibus spending bill package, or as a perfecting amendment to the already-passed measure.

“Republicans repeatedly refused to say what amount the President wanted for direct checks,” Pelosi tweeted. “At last, the President has agreed to $2,000 — Democrats are ready to bring this to the Floor this week by unanimous consent. Let’s do it!”

Republicans repeatedly refused to say what amount the President wanted for direct checks. At last, the President has agreed to $2,000 — Democrats are ready to bring this to the Floor this week by unanimous consent. Let’s do it! https://t.co/Th4sztrpLV

“Maybe Trump can finally make himself useful and get Republicans not to block it again,” Schumer added.

Democrats seem to prefer Congress just overriding Trump’s veto — or Trump just signing the bill — and then going back to the Capitol to secure more stimulus funding.

But some eager lawmakers were willing to amend the coronavirus bill—liberal Reps. Alexandria Ocasio-Cortez (D-N.Y.) and Rashida Tlaib (D-Mich.) quickly wrote an amendment to change the $600 stimulus checks to $2,000, and Hawley tweeted that Trump was right and that Congress should add more money.

Some lawmakers, however, didn’t seem as entertained by Trump’s 10th inning antics, which just so happened to have come within 30 minutes of him pardoning three members of Congress who had been convicted of serious crimes (two were the first Republicans in Congress to endorse Trump), a Trump aide who had repeated contact with Russian agents, four Blackwater guards who were involved in a 2007 shooting of civilians in Iraq, a Dutch lawyer found guilty of lying to the Robert Mueller investigation, and two Border Patrol agents convicted of shooting an unarmed border-crosser in 2006.

There were rumblings last week that Trump wanted bigger direct payments in the bill. According to a report in The Washington Post, White House aides had to step in and talk him down from demanding up to $2,000 checks.

Trump’s sudden veto threat could very well be a distraction from the president’s pardons — or a gambit from his Machiavellian chief of staff, Mark Meadows, who is known for selling the president on shoot-the-moon tactics that could backfire spectacularly.

As a congressman, Meadows often talked Trump into situations like this. He got the president to oppose an omnibus bill once in 2018, only to have Trump ultimately sign the legislation once White House aides told him he wouldn’t be able to go to Mar-a-Lago for the weekend if the government shut down.

Trump’s gamble Tuesday night could easily fail. For one, Congress may override the veto and make the outgoing president seem even weaker. For another, he may actually derail the deal and cost most Americans a $600 check or $300 a week in unemployment benefits, and cause a government shutdown.

Part of the reason the coronavirus deal is now imperiled is that lawmakers combined it with the year-end spending bill.

Trump spent a good amount of time conflating the coronavirus relief legislation with criticisms of the government funding bill, which served as the legislative vehicle for the stimulus package and several other year-end bills.

He tried to mislead voters by suggesting that corporate handouts — many of which were GOP priorities — were part of the coronavirus legislation instead of the spending bill.

Even if Trump’s gambit to amend the COVID-19 package works, his issues are mostly with the omnibus measure, which may be harder to change.

At the very least, he’s stepped on the GOP message that this bill was a huge win for Republicans. He’s undermined McConnell’s message that Democrats could have had this deal all along. And Trump has put Republicans in the weird position of either going back on their earlier votes or overruling him and upsetting their voters — just as Republicans need their voters to turn out in Georgia to keep control of the Senate by winning both Jan. 5 runoffs.

If it weren’t bad enough, Trump later aimed at the Senate’s No. 2 Republican, tweeting that “RINO John Thune, ‘Mitch’s boy,’ should just let it play out. South Dakota doesn’t like weakness. He will be primaried in 2022, political career over!!!”

(Trump was seemingly referring to his election coup attempts, which Thune has opposed.)

Either way, the president’s erratic behavior threatens a government shutdown. In fact, the only reason the government isn’t closed already is that Congress had the foresight to pass a seven-day continuation Monday night instead of just counting on the coronavirus and omnibus spending bill to get to his desk before Tuesday morning.

Trump’s out-of-left-field opposition comes just days before Christmas, while nearly all lawmakers are out of town.