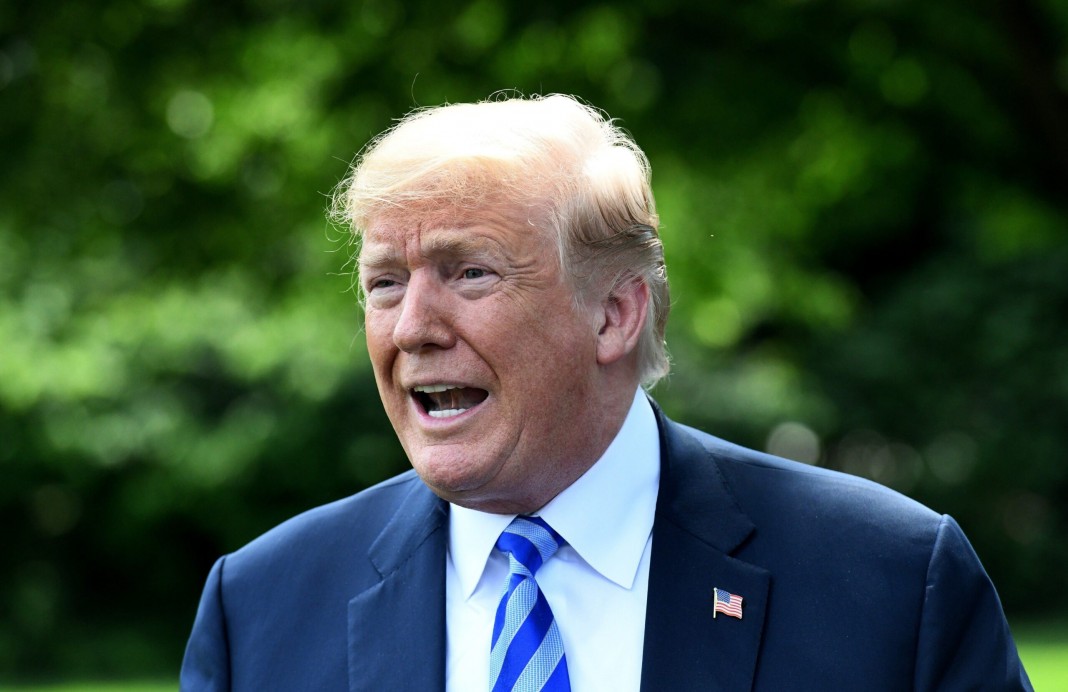 Just days before Christmas, President Donald Trump announced that he’d given a wave of pardons to three corrupt former members of Congress, two subjects of the special counsel’s Russia investigation, and four Blackwater guards convicted in connection with the killings of Iraqi civilians.

The White House said Tuesday that the president would grant full pardons to 15 individuals and commute part or all of five more people’s sentences. Among the full pardons are former Trump campaign adviser George Papadopoulos and lawyer Alex van der Zwaan, who both pleaded guilty to lying to the FBI due to special counsel Robert Mueller’s year-long investigation into Russian interference in the 2016 election.

Papadopoulos, a 33-year-old energy lawyer, was the first to plead guilty on charges stemming from the Russia investigation in October 2017. The under-qualified foreign policy adviser helped ignite the probe when he drunkenly told an Australian diplomat that Russia possessed compromising information on Democratic presidential candidate Hillary Clinton.

Although Papadopoulos initially cooperated with Mueller following his arrest in the summer of 2017, he disavowed the plea deal he reached with the special counsel’s office in a book published last year, claiming that he was forced into it as part of an effort to take down Trump.

Papadopoulos then told Reuters he had directed his lawyers to apply for a pardon from Trump. He served out his prison sentence, which was 14 days at a minimum-security facility, a term that was eventually cut down to 12 days.

Van der Zwaan was sentenced in April 2018 to 30 days in prison for lying about his communications with Rick Gates, an aide to former Trump campaign manager Paul Manafort. Manafort worked as a lobbyist for pro-Russia politicians in Ukraine. Manafort was also convicted in the Mueller investigation on a range of charges, including tax and bank fraud, and was released this year to home confinement after coronavirus concerns for prisoners.

“President Trump’s latest pardon power abuse shields a slew of corrupt public officials and a campaign associate from the consequences of their criminal conduct,” Nadler said, according to a tweet from the House Judiciary Committee, on which he serves as chairman.

Chairman @RepJerryNadler on Trump’s pardons: President Trump’s latest pardon power abuse shields a slew of corrupt public officials and a campaign associate from the consequences of their criminal conduct.

Hunter was sentenced in March to 11 months in prison after pleading guilty to stealing campaign funds and spending the money on personal expenses, such as his children’s private school tuition, his wife’s shopping sprees, weekend trips with his mistress, and drinking parties in Washington. After he was caught, Hunter ran for reelection to convince voters in his district that he was the victim of a political witch hunt by liberal prosecutors as a staunch Trump supporter.

Stockman was sentenced in 2018 to 10 years in prison and ordered to pay $1 million in restitution after a jury found him guilty on 23 counts related to stealing hundreds of thousands of dollars meant for charity and using it to pay for personal expenses and his political campaigns. The former congressman was aggressively against President Barack Obama, walking out of his State of the Union address in 2014 and selling Obama “barf bags” as a campaign fundraiser.

Collins was the first member of Congress to endorse Trump’s 2016 presidential bid. He was sentenced earlier this year to 26 months in prison after using his position as the largest shareholder in the Australian biotech company Innate Immunotherapeutics to illegally give other stockholders an inside tip that a company’s test’s main product had failed.

“Trump has valued loyalty above all else ― above the rule of law, above our democracy, and certainly above justice,” Schiff, who chairs the House Intelligence Committee, said in his statement.

The president also issued pardons for Dustin Heard, Evan Liberty, Paul Slough, and Nicholas Slatten for their roles in the deadly 2007 shooting of dozens of unarmed Iraqi civilians in Baghdad’s Nisour Square. A jury in 2014 found Slatten guilty of murder. It convicted the three other former Blackwater security contractors of voluntary manslaughter and using a machine gun to carry out a violent crime.

Slatten was sentenced to life in prison, while Heard, Liberty, and Slough were sentenced to 30 years in 2019.

“On appeal, the D.C. Circuit Court of Appeals ruled that additional evidence should have been presented at Mr. Slatten’s trial,” the White House said in a statement. “Further, prosecutors recently disclosed ― more than 10 years after the incident ― that the lead Iraqi investigator, who prosecutors relied heavily on to verify that there were no insurgent victims and to collect evidence, may have had ties to insurgent groups himself.”

Trump also granted full pardons to two former Border Patrol agents convicted of shooting someone crossing the U.S.-Mexico border. Ignacio Ramos and Jose Compean were sentenced in 2006 to prison terms of 11 and 12 years, respectively, for shooting a person smuggling marijuana while trying to cross into Texas.

“The U.S. Supreme Court has ruled it violates someone’s Fourth Amendment rights to shoot them in the back while fleeing if you don’t know who they are and/or if you don’t know they have a weapon,” Assistant U.S. Attorney Debra Kanof told the court at the time. But on his last day in office in 2009, President George W. Bush commuted Ramos’s and Compean’s sentences after each served two years in prison.

“Trump is doling out pardons, not based on repentance, restitution or the interests of justice, but to reward his friends and political allies, to protect those who lie to cover up for him, to shelter those guilty of killing civilians, and to undermine an investigation that uncovered massive wrongdoing,” Schiff said.

“It goes to show, if you elect a corrupt man as President of the United States, you get corruption ― and lots of it.”