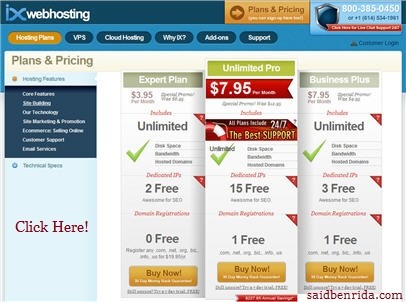 President Trump on Friday assured the governor of Guam that the White House is “with you 1,000 percent” in the face of a threat from North Korea — and then told the governor that he’s becoming famous and predicted the attention would boost tourism “tenfold” in the U.S. territory.

Guam Gov. Eddie Baza Calvo (R) posted a video of his end of the call on Facebook, offering a candid glimpse of the dynamic between the two leaders.

Trump’s call came as North Korea is threatening an attack on Guam amid escalating tensions over North Korea’s continued push to develop nuclear weapons capable of reaching the U.S. mainland. The Republican president has used bellicose rhetoric in recent days, warning the isolated nation of far-reaching consequences if it tests the will of the United States.

“I just wanted to pay my respects, and we are with you 1,000 percent. You are safe,” Trump told Calvo at the outset of the call, which appeared to last about three minutes, according to the video.

“Mr. President, as the governor of Guam, representing the people of Guam, and as an American citizen, I have never felt more safe or so confident, with you at the helm,” Calvo responded. “So with all the criticism going on over there, from a guy that’s being targeted, we need a president like you, so I’m just so thankful, and I’m glad you’re holding the helm, sir.”

“They should have had me eight years ago, or at least somebody with my thought process,” Trump said.

Unprompted, Trump then offered this assessment: “Eddie, I have to tell you, you’ve become extremely famous. All over the world the world, they’re talking about Guam, and they’re talking about you, and I think — tourism, I can say this, your tourism, you’re going to go up like tenfold with the expenditure of no money, so I congratulate you. … It just looks like a beautiful place.”

[China’s president urges Trump to use restraint over North Korea]

“You seem like a hell of guy,” Trump said later in the call.

“I wish there would be less partisanship up there,” Calvo told Trump of Washington. “This is a time of threat to the United States. It shouldn’t be Democrats or Republicans. It should be everybody unifying behind our president.”

“Well you’re right about that, but unfortunately, you know, we’re living with a very obstructionist group, but maybe that will change,” Trump responded. “But regardless, our military is so incredible, and there’s no partisanship there, believe me. We are rock solid, and we have the best in the world by a factor of five. So you just take care of yourself. I’ll talk to you anytime you need, and again, it looks like just a beautiful place.”

Before the call ended, Calvo invited Trump to Guam, and Trump told him to come see him in the White House the next time he’s in Washington.

Early Saturday, the White House released an official readout of the call that was far more staid. In its entirety, it read:

“President Donald J. Trump spoke yesterday with Guam Governor Eddie Calvo. President Trump reassured Governor Calvo and our fellow Americans on Guam that United States forces stand ready to ensure the safety and security of the people of Guam, along with the rest of America. White House Chief of Staff John Kelly spoke separately to Governor Calvo earlier in the day.”