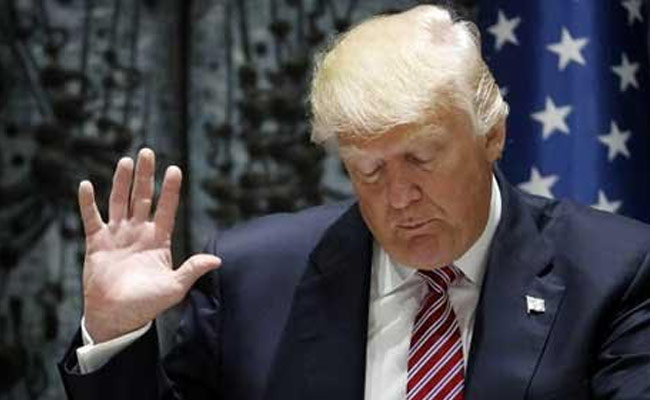 A member of President Trump’s legal team repeatedly insisted that Trump is not under investigation for obstruction of justice but acknowledged he could not know for certain during combative Sunday television interviews.

“Let me be very clear here, as it has been since the beginning, the president is not and has not been under investigation for obstruction,” lawyer Jay Sekulow said on NBC’s “Meet the Press,” part of a blitz of bookings on the Sunday morning public affairs shows.

That assessment, repeated on three other broadcasts, was at odds with a Washington Post report last week and seemingly with a tweet by Trump on Friday.

During a later appearance on “Fox News Sunday, “ Sekulow conceded that he could not say with absolute certainty that Trump is not being investigated because he cannot read the mind of special counsel Robert S. Mueller III.

The Post reported last week that Mueller, who was appointed to oversee the investigation into Russia’s role in the 2016 election, is interviewing senior intelligence officials as part of a widening probe that now includes an examination of whether Trump attempted to obstruct justice.

On Twitter on Friday, Trump wrote as part of a tweet about the probe that “I am being investigated.”

On Sunday, Sekulow sought to explain that Trump was using Twitter, a favorite means of communication with his supporters, to address The Post report and was not confirming that he is being investigated, despite writing those words.

“The president is not under investigation by the special counsel,” Sekulow told NBC’s Chuck Todd. “The tweet from the president was in response to the five anonymous sources that were purportedly leaking information to The Washington Post about a potential investigation of the president.”

Sekulow cited recent congressional testimony by fired FBI director James B. Comey in which Comey said he had told Trump on a few occasions that Trump was not personally under investigation in relation to the Russia probe. Those conversations, however, occurred before Trump fired Comey, who was helping lead the investigation, and before the Justice Department appointed a special counsel to oversee the probe.

The five people spoke on the condition of anonymity because they were not authorized to discuss the matter publicly.

Sekulow referred to The Post story as “a fake report” during an appearance on CNN’s “State of the Union” on Sunday.

“We stand by our story, which President Trump confirmed Friday in a tweet acknowledging he is under investigation for obstruction of justice,” Post Executive Editor Martin Baron said in a statement.

Other news outlets, including the Wall Street Journal and NBC News, have had similar reports since The Post broke the news Wednesday night about Trump being under investigation.

In a testy exchange on Fox, Sekulow acknowledged he could not know for sure that Mueller has not opened an investigation but said he had no reason to believe Mueller had.

“Nothing has changed” since Comey informed the president that he was not being personally investigated, Sekulow said.

The interview turned tense, however, when host Chris Wallace then asked Sekulow about the remainder of Trump’s tweet, in which Trump had complained that he was being investigated for firing Comey by the man who told him to fire Comey.

Sekulow responded that Trump had been getting at a “constitutional issue.”

When Wallace pointed out that Sekulow had appeared to agree in his answer that the president is under investigation, the lawyer grew flustered. He said he had only been discussing the constitutional problem posed if the president were being investigated.

“I don’t appreciate you putting words in my mouth when I’ve been crystal clear that the president is not and has not been under investigation,” he said.

“But you don’t know that he’s not under investigation again, sir?” Wallace responded.

“We’re in agreement then,” Wallace said.

Asked on the CBS show “Face the Nation” how he could know Trump is not under investigation, Sekulow responded: “Because we’ve received no notification of investigation.”

He added that he could not “imagine a scenario” where Trump would be under investigation and not be aware of it.

A prosecutor may inform the subject or target of an investigation that a probe is underway but is under no obligation to do so.

According to the U.S. Attorney’s Manual, prosecutors are encouraged to notify investigation targets at a “reasonable time” before seeking an indictment, to provide a target the opportunity to testify in front of a grand jury. But it outlines no requirement of notification, particularly while prosecutors are gathering evidence.

Sekulow also told CBS on Sunday that Trump remains willing to speak under oath about the Russia matter, as Trump had promised at a Rose Garden news conference earlier this month.

But Sekulow said he has not yet determined whether such a session would take place with Mueller or as part of ongoing congressional investigations into Russian meddling in the election.

Sekulow also said that he thinks Trump will address the question of whether there are recordings of his private conversations with Comey “in the week ahead.”

Sekulow had made a similar promise during interviews last week, but he said the release of information about possible tapes had been delayed by events last week, including Trump’s speech redefining the U.S. relationship with Cuba and the shootings at a Republican congressional baseball practice in Virginia.

On Fox, Wallace asked Sekulow if Trump believes the law allows for a president to be indicted.

Constitutional scholars have debated the question for years, although the Justice Department has said in formal opinions written under former presidents Bill Clinton and Richard Nixon that the Constitution bars a sitting president from facing legal indictment.

Sekulow responded that Trump couldn’t be indicted, “because there’s not an investigation.”

“Oh boy, this is weird,” Wallace responded. “You don’t know whether there’s an investigation. You just told us that.”

Sekulow also insisted that Trump’s tweets have posed no problems for his legal team. He said Trump had learned the effectiveness of social media as a communications tool during the campaign.

“Nothing he’s tweeted has caused me any issues whatsoever,” he said. “Nothing.”