TRL Will Return in October: Looking Back at the Show’s 15 Most Memorable Moments 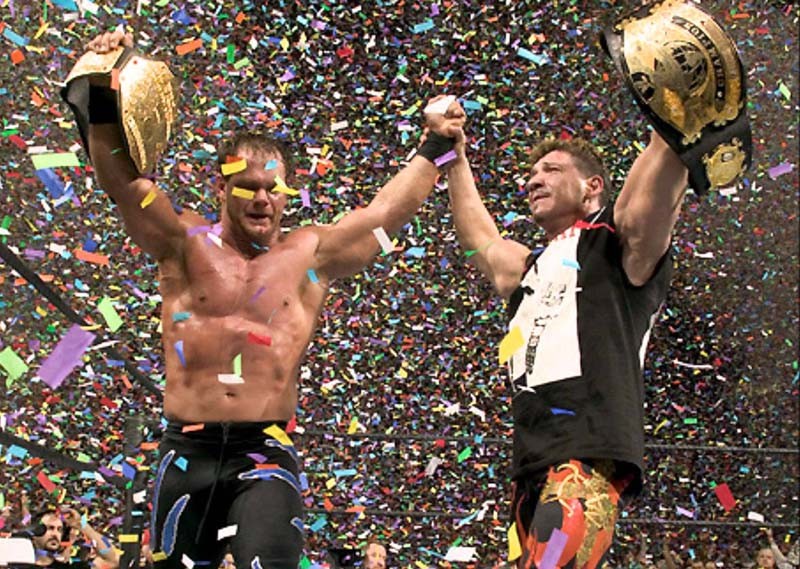 If you’re a true child of the ’90s, you ran home after school every Monday through Thursday to catch your favorite celebrities help host the latest list of popular music videos on MTV’s Total Request Live…and if you couldn’t make it, you made sure someone taped it (how we miss you, VHS).

We were sad to leave those days behind in 2008 when MTV bid farewell to the popular show, but our childhood passion will soon be reignited.

MTV is bringing TRL back in October! Yes, you read that correctly. TRL. IS. COMING. BACK.

MTV president Chris McCarthy announced the show will return this fall as he’s been building a massive studio facing Times Square in hopes of capturing the old magic.

So, in honor of the big news, we decided to take a look back at 15 of TRL’s most memorable moments during its 10-year reign from 1998-2008. Prepare for lots of nostalgia and check ’em all out below:

The Princess of Pop was also the Princess of TRL. In fact, “Baby One More Time” was dubbed the most iconic music video to be released on the show. But let’s not forget the time she performed “Oops! I Did It Again” with a live band and no backing tracks in 2000. It swiftly became one of her best performances and another one of the show’s most iconic moments.

Before disbanding, Beyoncé, Michelle Williams and Kelly Rowland appeared on TRL once last time to say goodbye and look back at some of their most memorable moments and music videos that premiered on the show.

When Mariah Carey Made Her Surprise Appearance Right Before Her Breakdown

Mimi interrupted the show in 2001, pushing an ice cream cart and wearing a spray-painted “Loverboy” t-shirt, which she ended up stripping off later in the show. She told host Carson Daly, “You are my therapy session, Carson. Every now and then somebody needs a little therapy, and today is that day for me.”

Needless to say, viewers and audience members noticed something was definitely off about the singer as she continued rambling on about practically nothing. “I just wanted one day off when I could go swimming and look at rainbows and eat ice cream and maybe, like, learn how to ride a bicycle,” she said at one point.

Carey was hospitalized for exhaustion and an emotional breakdown a week later.

This was the first and last time the rapper took over TRL. He kicked off the show dressed as Carson Daly and immediately started in with the trash talking. “Yesterday on TRL we saw Britney Spears, ‘N Sync, the Backstreet Boys, and a bunch of other trash, but today is actually going to be a good show, as MTV becomes Em TV,” he said in the show’s open.

He then cut off the “Whackstreet Boys” and aired his own, personal playlist throughout the remainder of the two-hour show.

When Christina Aguilera Performed “Genie in a Bottle” (1999)

Before she was stripping down in a pair of ass-less chaps for “Dirrty,” Xtina was rocking pink business pants and Mary Jane heals to perform “Genie in a Bottle” on TRL in 1999.

When the Backstreet Boys Premiered “I Want It That Way” (1999)

Whether you were #TeamBackstreet or #TeamNsync, there’s no denying the Backstreet Boys were a staple for TRL, and this premiere of their hit song was something we probably recorded on VHS to save for all time…or so we thought (ugh to the invention of DVD players).

And while we’re on the topic of boy bands, let’s not forget this incredible moment. Anytime these guys took over TRL, we were excited, but this performance of “Bye Bye Bye”—during which they gave us some serious synchronized dancing all the while rocking football jerseys with their names across the back—takes the cake. In fact, the song spent 25 consecutive days atop the countdown, the longest streak of any video at the time.

Sean “Diddy” Combs ran on a treadmill throughout an entire episode during which Spears also made an appearance. At one point, she helped him out by wiping off his sweat. That sweet BritBrit!

“Hey Ya” was the No.1 hit of 2003 and was voted one of TRL’s top 10 music videos of all time. Needless to say, when Outkast performed the hit live, we were all strapped to our TVs with eyes wide open.

That Time the Hanson Brothers Hosted (1998)

As a promotion for the movie Drive Me Crazy, which featured Spears’ hit “Drive Me Crazy,” the two blondes—who were two of the biggest female celebs at the time—came together to host TRL for one iconic moment in the show’s history.

When Lindsay Lohan Decided to Become a Singer(2006)

Remember when LiLo tried to break into music? She performed for the first time on TRL, singing “I Want You to Want Me,” and it’s something we’ll never, ever forget.

When Jessica Simpson and Nick Lachey Brought Us to Tears (2000)

They were the couple of the early ’00s, and when they made appearances together, we certainly watched. Their TRL duet performance exceeded all expectations, making us run for the tissues in hopes of one day finding a love like that (obviously, our perspectives are now altered. Ugh, divorce).

The on-screen couple was promoting A Cinderella Story when Murray’s real-life love surprised the audience to dish on their engagement. Duff also denied any romantic involvement with Joel Madden, though we now know she wasn’t telling the truth!

When OG Lady Gaga Made Her First Appearance (2008)

One of the last appearances on the show, Lady Gaga showed up to promote “Just Dance” in 2008, looking like her OG self in full costume, sunglasses and platform shoes.

What’s your favorite MTV TRL moment? Sound off in the comments below!