Sorry Arsene, nothing about Sanchez and Ozil’s contract situation is “ideal” 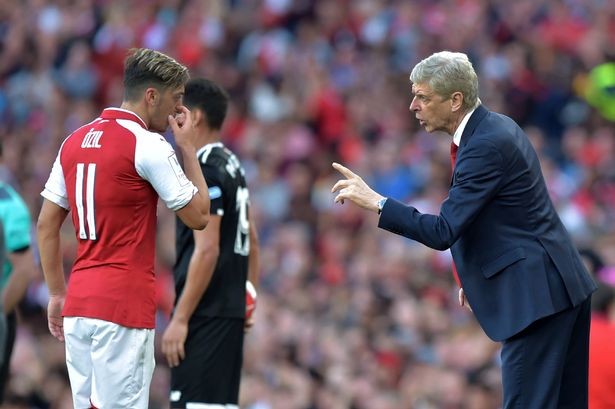 Arsene Wenger says he would have signed every player at Arsenal to a 20-year deal if contract length impacted form.

Arsene Wenger believes that players running down their contracts will become normal due to the rise in transfer fees.

The humble manager’s press conference has been one of the central breeding grounds of misdirection in sport and, on Sunday, that of Arsene Wenger featured a line that did not so much stretch credulity, but tear it completely in two.

Discussing the scenario in which Arsenal’s two best players, Mesut Ozil and Alexis Sanchez, have been allowed to enter the final year of their contracts, Wenger claimed it was “an ideal situation” for the club.

That might appear an inversion of logic, yet there is an argument that a player with one year remaining on his contract would play at a high level to impress interested clubs. The trouble is that, when Wenger attempted to expand on his initial argument, he went in a different direction and what followed didn’t really make any sense.

“When you’re a football player, you perform until the last day of your contract. Whether you have two or one year left, it doesn’t change,” he said.

If that is the case, then, there is no benefit at all to winding a contract down.

It was then put to Wenger that, if Ozil and Sanchez left on free transfers, £72.5m of investment would walk out of the Emirates Stadium door for free.

“Even if that happens, it doesn’t matter,” the Arsenal manager responded. 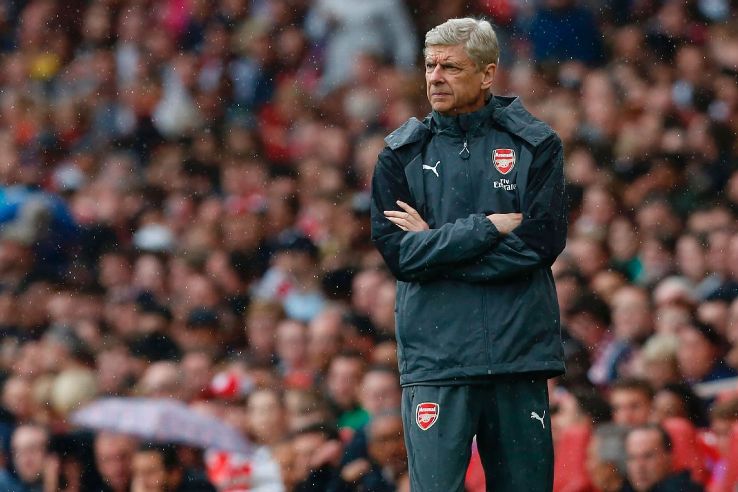 Arsene Wenger faces the prospect of losing Mesut Ozil and Alexis Sanchez after next season.

While Wenger did make a thoughtful point about the dramatic escalation in transfer fees meaning more players would run down contracts if interested parties are unwilling to pay full price, it simply isn’t credible to describe as “ideal” what is happening with the contracts of Ozil and Sanchez, as well as those of Alex Oxlade-Chamberlain, Kieran Gibbs and Jack Wilshere.

In a summer of huge spending, how can it be “ideal” that, due to his contractual status, fees being discussed for Sanchez amount to half of what he would be worth, were his contarct one year from expiring?

Moreover, how can it be “ideal” that, on Jan. 1, Ozil could announce he has agreed to move to Bayern Munich — or anywhere else — on a free transfer at the end of the season?

How in any understanding of the word can it possibly be “ideal” that Arsenal could lose their two most valuable players for nothing in under 12 months’ time?

And so the question becomes why Wenger tried to dress it up in such a way. Perhaps it was an attempt to draw attention away from the fact that Arsenal have reached such a situation due to a lack of foresight and inept strategy when it comes to senior contracts. (The club effectively admitted as much themselves when they appointed contract specialist Huss Fahmy from Team Sky earlier this summer.)

But it is too little, too late and the practices of Arsenal’s rival clubs are instructive in highlighting the gap which they need to close. At Chelsea, barely a week has passed this summer without the club announcing that a player has gone out on loan only after signing a new contract at the club. Kurt Zouma, for example, joined Stoke after penning a six-year deal.

Arsenal, by contrast, sent Wojciech Szczesny off to Roma on loan last season, then allowed him to enter the last year of his deal this summer and permitting Juventus to sign the potential heir to Gianluigi Buffon for around £10m.

Chelsea’s policy is evidence of a more evolved strategy but, admittedly, it is not really relevant to players of Sanchez or Ozil’s calibre. For that, we need to look to Tottenham. Mauricio Pochettino’s identikit contract signing pose has become the stuff of internet legend, but it could only evolve into a meme because it was so ubiquitous.

Spurs are very good at getting their best players to sign new contracts, often getting in early enough that they are tied down before they start asking for prohibitive salaries. Harry Kane, the best striker in England, is reportedly on a base salary of £90,000 per week; when Dele Alli signed a six-year deal in September, it was his second new deal in nine months.

It is true that Ozil and Sanchez arrived at Arsenal as fully-formed, world stars and commanded salaries reflecting that. They are said to be demanding wages of almost £300,000 per week.

But while obvious comparisons with players at other clubs are not straightforward, the central point remains Arsenal’s inability to properly manage this side of the football business. That might fairly be described as being far from “an ideal situation.”