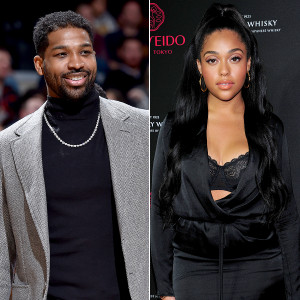 Tristan Thompson and Jordyn Woods got hot and heavy at a party in Los Angeles on Sunday, February 17, behind Khloé Kardashian’s back.

The duo cozied up at the NBA star’s place after partying at SHOREbar in Santa Monica. “Girls at Tristan’s afterparty on Sunday night weren’t allowed to use their phones at all,” a source exclusively tells Us Weekly. “But everyone could see that Tristan and Jordyn were all over each other.”

The basketball player, 27, and the model, 21, “were cuddling and holding hands” during the party, according to In Touch Weekly. “Tristan was rubbing her ass, they were definitely hooking up. … Tristan seemed concerned that the other girls at his house were watching him and Jordyn on the couch. One of Tristan’s guys told the girls no cell phone pics.” 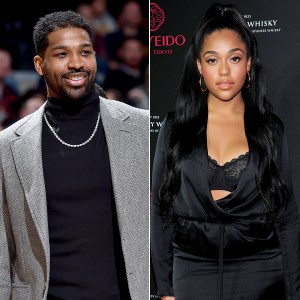 A source revealed to Us that Kardashian confronted Thompson about the infidelity and he admitted to it. She then ended their relationship. “Khloé is completely devastated,” a second insider told Us. “This is out of character for Jordyn and no one expected this to happen. Khloé loved Jordyn before this. This is completely shocking to Khloé’s family.”

The Good American founder also weighed in on the scandal via Instagram on Tuesday, February 19, leaving speaking head emojis on Hollywood Unlocked’s post about the Cleveland Cavaliers player’s infidelity.

Thompson previously made headlines in April 2018 after he was caught cheating with multiple women while Kardashian was pregnant with their daughter, True. Although the Revenge Body host stayed with him, a source told Us on Friday, February 15, that she has been acting like “a single mother” even though Thompson showered her with an opulent flower bouquet for Valentine’s Day one day earlier.

A source confirmed to Us on Tuesday that the Cleveland Cavaliers player and the reality star are not on speaking terms.

Although Woods has yet to address the scandal, she is friends with Kardashian and has modeled for Good American. Kylie Jenner also revealed to Vogue in June 2018 that she and Woods live together and the pair collaborated on a makeup line together.