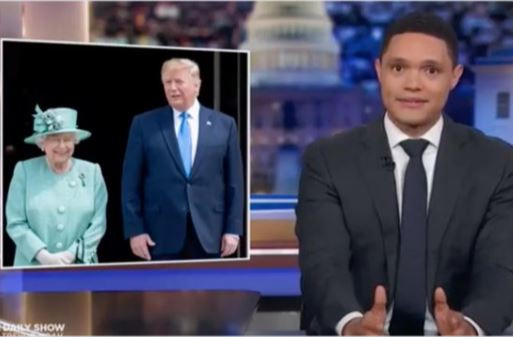 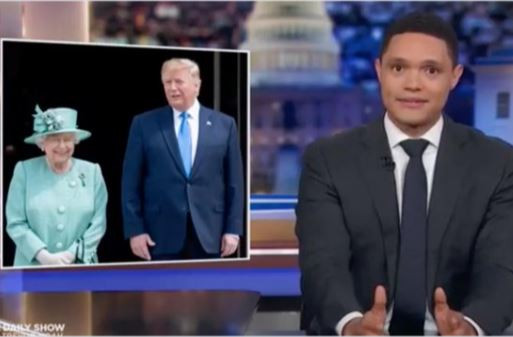 Host of The Daily Show, Trevor Noah has ripped into the various points of contention that have occurred so far in President Trump’s ‘awkward’ visit to the UK.

Noah dissected everything from Trump’s pre-landing beef with London’s mayor to the Queen’s unusual choice of gift for the president.

“That’s right, the Queen’s gift for Donald Trump was a book. Either she doesn’t know Trump, or she’s trolling him” Noah said.

Watch the full video below…