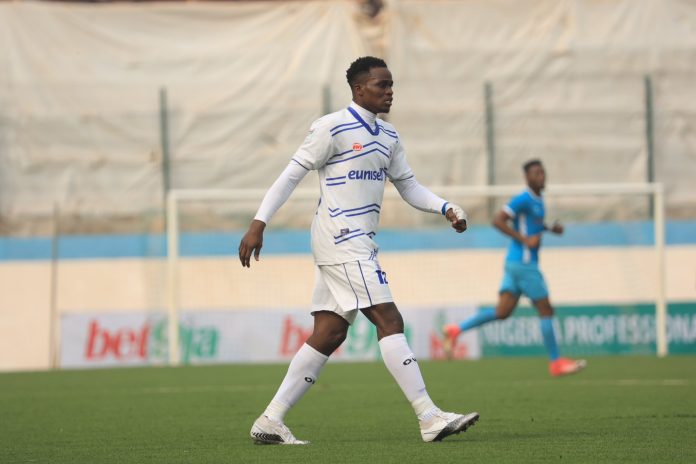 With a number of European clubs interested in his services, the winger opted for a move to NK Maribor.

Maribor announced the arrival of the 21-year-old on Tuesday morning.

It’s the first time Rafiu will be playing for a club outside Nigeria and he is looking forward to the challenge.

“I am very happy that we agreed and that I signed the contract, “he told Maribor’s official website.

“After playing in the highest level of competition in Nigeria and after winning the championship title, I had quite a few offers from European clubs, I decided to move to Maribor because I believe that the best Slovenian club is currently the best choice for me as the next step on the development path.

Also read: House To Vote On Same-Sex Marriage, Push Back Against Court

“As multiple national champions and a long-time participant in European competitions, Maribor makes it possible, what a football player wants.

“I am looking forward to a new challenge in my career, I want to contribute my share on the field and I can’t wait to get to know my teammates, and the professional staff and join the training.

“I got a lot of information about the club, I also heard about the great support of the fans. I believe that together we will bring them many reasons for satisfaction, with new victories and winning the trophy.”