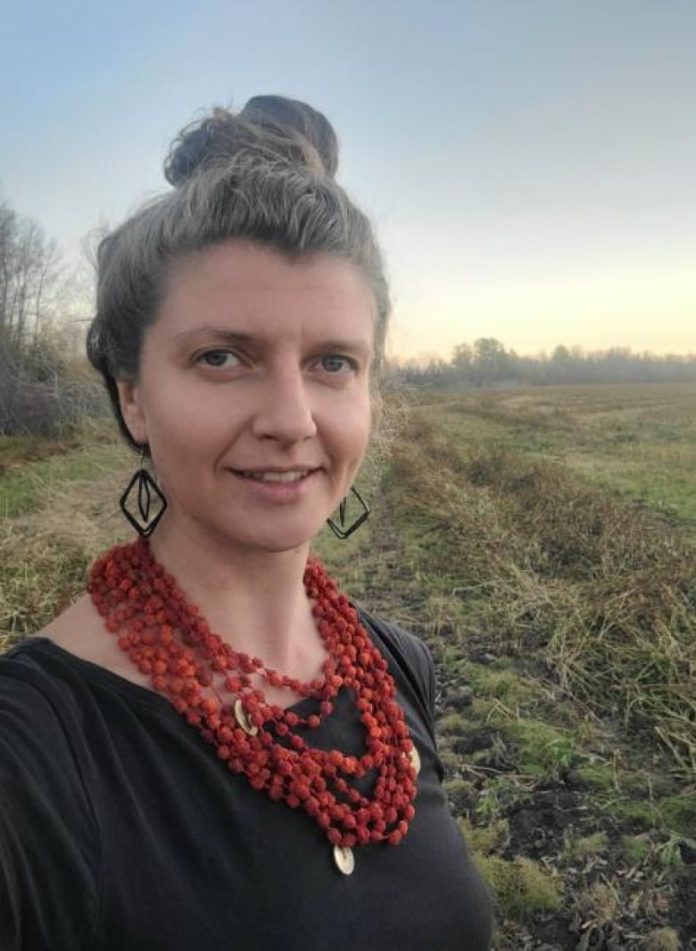 But after eight years abroad, concerns about climate change drew her back to western Manitoba and her family’s land northwest of Dauphin, with the goal of finding a more sustainable way to produce food.

“I’m working on getting back to how we used to farm but with new technology,” the 33-year-old said.

Data from the recently released 2021 census of agriculture says Manitoba had the highest proportion of farm operators under age 35 in Canada — 11.5 per cent of Manitoba’s farmers are in that age range, compared to the national average of 8.6 per cent.

That’s up from 2016, when Manitoba also had the highest proportion of young operators, at 10.8 per cent.

She practises permaculture, a method of growing food that aims to match natural processes to maintain the health of the soil.

The harmful impacts of industrial monoculture farming on the environment concerned Fyk, but she also saw potential solutions in changing the way people grow food.

“We could be sequestering a lot more carbon by doing things like permaculture … instead of annual agriculture,” she said.

The latest statistics showing the rise in young people farming in Manitoba are encouraging, Fyk said, but the sector still faces many challenges that are forcing more and more people out of the business.

“I think that it’s amazing that Manitoba does have the most young farmers, but at the same time, we’re still bleeding farmers. There’s not nearly enough farmers, and especially young farmers, to fill the gap.”

There were 34,780 farm operators in Manitoba in 1991 — the first year Statistics Canada collected comparable data in its agriculture census. That number has declined every census period since, dropping to 19,465 in 2021.

Despite the increase in the number of younger farmers, the average age of Manitoba farmers continues to get older, rising from 53 in 2016 to 54 in 2021.

Statistics Canada also reports an increase in the percentage of women operating farms in Manitoba — from 23.8 per cent in 2016 to 26.5 per cent in 2021.

“I think that’s a really neat thing, that it’s not just, ‘OK … the son is going to take over the farm,'” said Colin Penner, a University of Manitoba farm management professor.

Those are encouraging signs in what have been difficult times for Manitoba farmers, who endured a painful drought and grasshopper infestation last summer, followed by an extended wet spring that delayed seeding.

He and his family have 190 breeding cattle on a farm near Hodgson, in Manitoba’s Interlake region, where they also grow wheat, canola and oats.

In addition to being a full-time farmer, Abas is going to law school, but farming will always be a way of life for him, he said.

“It’s quite a feeling to be running your cultivator on a piece of land that your granddad and your great-grandparents and your great-uncles and great-aunts cleared with axes and horse-drawn plows,” he said.

“There’s a sense, of course, of pride with that.”

‘I was a lot happier’

Jake Ayre also comes from a long line of farmers, stretching back more than seven generations in the United Kingdom, before his family immigrated to Canada in 2002.

The 25-year-old left his family’s farm near Minto, in southwestern Manitoba, to go to university in Winnipeg. He had no intention of getting back into the business.

“I was working in the city and I was finding myself daydreaming about the farm all the time,” he said.

“I realized that I was a lot happier at home, on the farm, and this is something I could see myself doing. And it gave me a sense of fulfilment.”

Interest in the sector seems to have increased, as indicated by the number of students the U of M’s Penner sees in his classroom.

“Our classes for the last number of years have been just about at capacity, which has been a lot of fun,” he said.

But those young farmers face challenges.

Many families sold their farms during tough economic times over the last few decades, and Fyk says most young people going into farming are either taking over family operations or doing small-scale, direct-to-consumer farming.

“I would say that anybody looking to get into farming as a first-generation farmer, it’s really not an easy task,” she said.

But she felt a responsibility to move back — in part because of concern over what would happen to her family’s land if she didn’t take it over.

“Otherwise it would be going into hands that I’m not sure would take that necessary care of the land,” she said.

“I know that if I’m not the one doing it, I’m not sure anybody else would.”