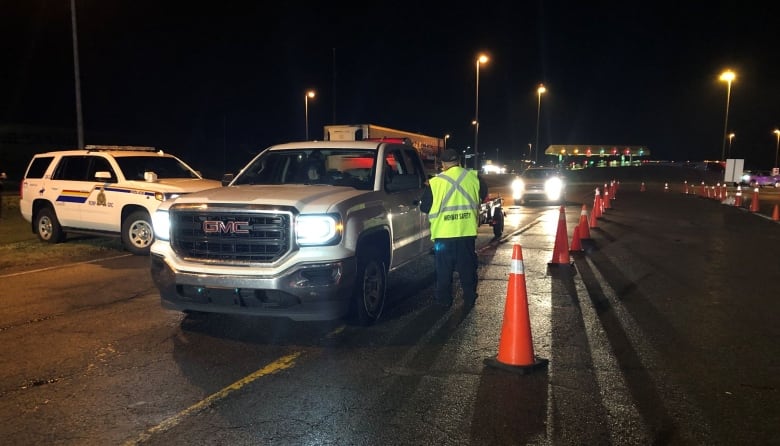 Atlantic Canadians are now free to travel among Canada’s four eastern provinces without self-isolating to reduce the risk of coronavirus transmission, but that doesn’t mean the process is easy.

The so-called Atlantic bubble opened one minute after midnight AT as part of easing of COVID-19 pandemic restrictions. Travellers still had to wait to go through checkpoints, however.

P.E.I. public safety officials reported 300 to 400 vehicles crossed into P.E.I. over the Confederation Bridge within the first 90 minutes of the bubble opening. Cars have been coming across the bridge in waves ever since,

Not long after first light, long lineups of vehicles could be seen at the Nova Scotia/New Brunswick border, and traffic was backed up at the New Brunswick offramp from the Confederation Bridge.

Each province has its own specific rules.

New Brunswick is allowing commercial traffic to flow freely. Non-commercial travellers are being asked to show proof of residency, fill out a form, and answer health screening questions. Travellers’ contact information is also being collected.

People arriving on P.E.I. are being told to print and complete a form with residency and health questions filled out in advance.

No form is required for Nova Scotia, but travellers are required to show proof of residency. Commercial travellers are able to apply for a pass to be waved through checkpoints.

With no land connection to the rest of Atlantic Canada, things are quieter at Newfoundland and Labrador’s border points. As the bubble opens, however, a petition has begun to circulate against expanding it any further.

There are currently six active cases of COVID-19 in Atlantic Canada, a region of 2.2 million people.