Times William and Kate disapproved of Meghan and Harry 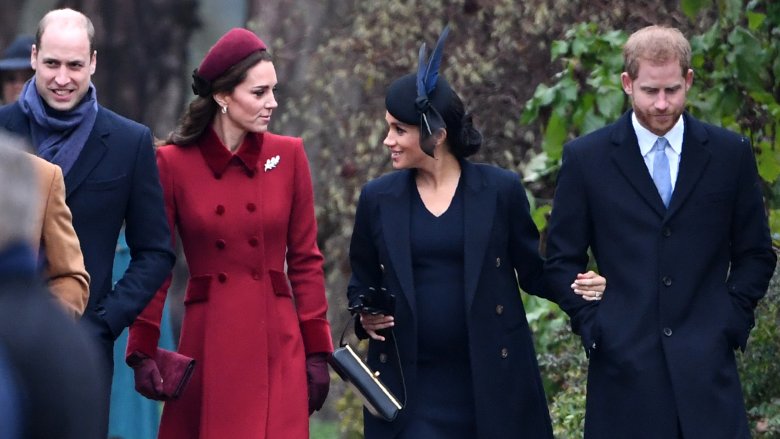 Working with family isn’t easy. That goes for everyone, including the royals. In 2018, the Fab Four appeared for the first time on stage together to talk about their Royal Foundation charitable work, and it seemed like they hadn’t yet smoothed out the kinks in their working relationships. According to The Sun, Harry admitted that the four sometimes clashed. Their arguments reportedly “come so thick and fast,” so it’s not really surprising that the Sussexes decided to split from William and Kate’s charity in order to start their own endeavor.

According to Express, Harry and Meghan left following a “review” into the charity’s structure, but an alleged insider who spoke to Us Weekly claimed Kensington Palace wasn’t telling the entire truth by painting their departure as a “natural progression.” It was a veritable breakup bred from conflict. Apparently, Meghan and Kate couldn’t see “eye to eye” in how they wanted to run the charity. Meghan wanted to be “more involved — create initiatives and be in the trenches,” while Kate preferred a hands-off role (she is, after all, busy raising three children).

Instead of pushing for William and Kate’s approval and finding some common ground, the Sussexes allegedly chose to jump ship. The charity has since been renamed the Royal Foundation of the Duke and Duchess of Cambridge, which may or may not be a snub depending on how you look at it.