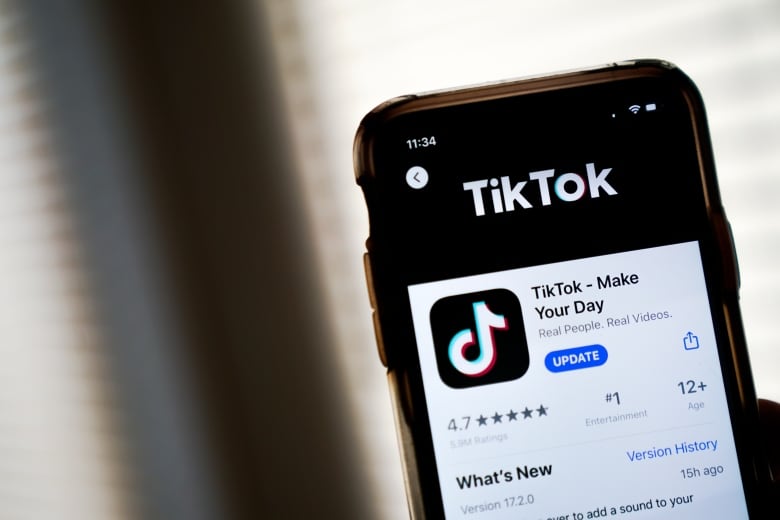 Users of the social media app TikTok noticed a new female voice narrating their videos on Monday, about three weeks after a Canadian actor filed a lawsuit against the video-sharing platform for copyright violation.

Bev Standing, a voice actor based in Welland, Ont., is suing TikTok’s parent company, China-based ByteDance, on the claim that recordings of her voice are being used without permission.

“They replaced me with another voice,” said Standing, who heard it after friends tipped her about the change. New videos feature the new voice, the previous one remains on older videos.

Legal experts say the move is an acknowledgement by the company that Standing may have suffered harm as a result of the videos, but that it does not necessarily mean TikTok will settle the case.

Standing has been doing voice-overs for commercials, corporate videos and more as a full-time freelancer since 2014.

CBC News asked TikTok about the voice change, but the company did not comment on it or the case.

There is no mention of the change in the company’s newsroom online. Standing says neither she nor her lawyer have heard from TikTok about it.

“I am so overwhelmed by this whole thing. I’m stumbling for words, because I just don’t know what to say,” she said.

Her case was filed in a New York State court in early May. She says TikTok has used her voice in videos seen around the world since late 2020.

According to Standing, a computer-generated version of her voice was built into a feature that converts text typed into the app into a voice which is then played over the videos.

She thinks the company got her voice from recordings she says she did for the Institute of Acoustics, a research organization of the Chinese government, in 2018.

A Canadian woman is suing the company that owns TikTok after discovering it is using her voice to narrate videos without her permission. 2:12

The job was reading thousands of English sentences she says she was told would be used for translation.

Standing believes these recordings came into TikTok’s possession and were used to generate the text-to-speech narration.

The change is a good sign for Standing’s case, according to an expert in copyright law.

“It’s a positive step in the way that they are mitigating their damages,” said Pina D’Agostino, an associate professor with Osgoode Hall Law School at York University.

“And when you’re mitigating, you’re acknowledging that we did something wrong, and you’re trying to make things better.”

It could signal TikTok is going to move toward a settlement, said D’Agostino, in part because the case might look bad on the company.

If there is a settlement negotiation, she says Standing and her lawyer should try to secure the deletion of her files from TikTok’s archive, the removal of the videos that have her voice on them or the replacement of her voice on those videos, plus financial compensation.

Daniel Tsai, a tech executive and business law expert in Toronto who has advised the federal government on intellectual property law, agrees the new voice could help Standing’s case.

But he doubts TikTok is feeling much pressure to settle, noting the company does not appear to be losing any revenue or users from the case.

He says that means using a new voice from now on could be the only concession TikTok makes, unless forced by a judgment.

Tsai says, if TikTok did use Standing’s voice, “removing the existing recordings will be akin to taking away a smoking gun from a crime scene,” in the eyes of a judge.

“If I was their counsel, I would advise against that,” he said.

Standing says she’s eager for the case to be over and get back to the daily work she loves.

TikTok has until July 7 to respond to her claim.