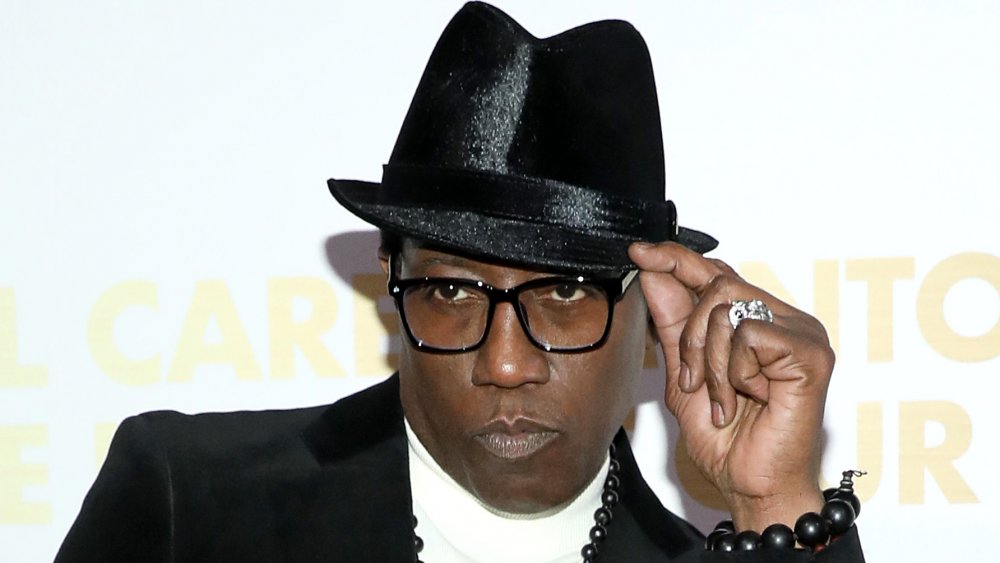 Over the years, Wesley Snipes has made headlines for all the wrong reasons, including a misdemeanor involving a loaded, semi-automatic pistol; a high-speed police chase on his motorcycle (which he crashed); and tax evasion charges, which amounted to $7 million. In addition to personal and legal mishaps, Snipes was also reportedly difficult on movie sets.

1998’s Blade was — and arguably still is — one of the greatest superhero movies; a black, crime-fighting vampire with martial arts skills? There was nothing like it and hasn’t happened again since. Blade grossed $131,183,530 worldwide, per Box Office Mojo, and led to two sequels, Blade II and Blade: Trinity. Snipes worked on both, however, he was accused of causing some drama on set.

“I remember one day on the set — they let everyone pick their own clothes — there was one black actor who was also kind of a club kid. And he wore this shirt with the word ‘Garbage’ on it in big stylish letters. It was his shirt,” actor Patton Oswalt told The A.V. Club in 2012. “But [after seeing the actor] he comes on and goes, ‘There’s only one other black guy in the movie, and you make him wear a shirt that says ‘Garbage?’ You racist motherf***er!’ And he tried to strangle the director, David Goyer.”

Even though Snipes’ movie career seemingly peaked in the early 90s, Blade‘s legacy will truly be one for the ages.