Think it’s easy to get fish on the lunch menu at a Newfoundland school? Think again 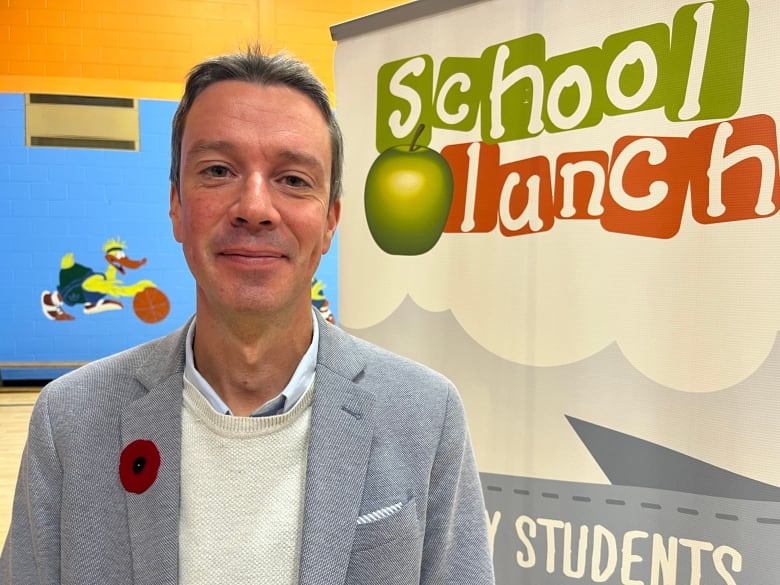 Since Anthony Paddon Elementary in Musgravetown, N.L., sits mere metres from the Atlantic Ocean in a province that, over much of its 500-plus years of colonized life, has had an economy largely tied to the sea, you’d think fish would be an easy lunch menu option.

However, that’s not the case, as a provincial charity found when it organized a special cod lunch for the school’s students.

“Fish is not on the menu in any of the other schools in which we operate and to my knowledge it isn’t on menus in any other schools in the province,” said John Finn, head of the School Lunch Association.

To put that in perspective, the not-for-profit organization operates in 41 schools, primarily in the metro St. John’s area with a few schools on the northeast Avalon Peninsula and Gander, serving more than 6,500 students and spending $50,000 a week on food.

But none of it is locally caught fish.

Despite the odds stacked against him, Finn wanted to make a locally sourced lunch featuring fish caught from the ocean that surrounds the schools he serves.

He started checking schools to see if anyone else would be interested and found Janice Harnum at Anthony Paddon Elementary.

“I said, ‘John, we have no fish allergies,'” the principal said. “Our school is right next to the ocean and we teach a lot about fishing, so it was a perfect opportunity to jump on board.”

With a plan and a school in place Finn set his sights on trying to find fish to feed the nearly 200 students.

It turned out two students at the school have a grandmother with connections: Geraldine Prince of the nearby Princeton Seawater Fisheries.

But it wasn’t going to be just a meal; all hands wanted to make it an educational lunch, something Prince supported.

“I think we need to get children interested in the fishery,” she said.

“It’s a wonderful industry that I’ve loved them ever since I’ve been in it and I would love to see our younger people taking a bigger interest.”

Much like the meal the few hired chefs prepared in the school’s kitchen, Finn added another ingredient — researchers from Memorial University — to help teach the students about the sea that they see every day on the way to school.

Students spend the day travelling from classroom to classroom taking part in various activities related to the fishery, including Prince, who showed students how to catch fish.

“There’s not a lot of those skills being passed on because we got an aging population and a lot of people have left the fishery,” she said.

“The kids growing up today, they’re not seeing a lot of this.”

As for the food — Wednesday’s meal also included a side of vegetables from Three Mile Ridge farm, just across the water in Lethbridge — it was a resounding hit with students.

“The fish was delicious,” said Harnum.

“The most amazing thing was that students were asking for seconds. I couldn’t believe that.”

As for seconds on the School Lunch Association doing it again, Finn isn’t ruling it out.

“We can certainly build on the success of today,” he said.

“I think that’s the first thing that we’ll do now we’ll go back and do a revaluation of how the day went and size it up.”