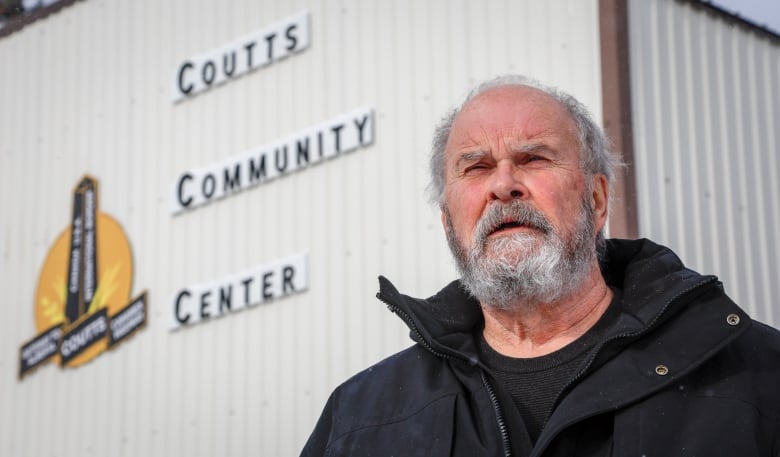 The mayor of a southern Alberta village where a protest against COVID-19 restrictions closed traffic lanes to the U.S. last winter believed then-premier Jason Kenney was ignoring the severity of the situation, according to texts obtained by the Emergencies Act inquiry.

A text chain between Coutts Mayor Jim Willett and Alberta’s transportation minister at the time, Rajan Sawhney, was entered into evidence as part of the Public Order Emergency Commission.

The commission is investigating the federal government’s decision last winter to invoke the Emergencies Act to end the protests in Coutts, Alta. and in Ottawa — where protesters gridlocked the downtown for weeks.

“If you get a chance could you find out why the premier is ignoring the province being held hostage by domestic terrorists? And why has he not labelled it such? My rant for the day,” Willett texted Sawhney on Feb. 12, referring to Kenney.

According to the text chain, Sawhney didn’t respond for two days.

Prior to Feb. 12, Kenney had publicly denounced the blockade near Coutts, Alta. — where large trucks and other vehicles blocked commercial traffic to and from the United States between Jan. 29 and ended Feb. 14. On Feb. 11, Kenney said that it would be up to the RCMP to enforce the law at the blockade.

On Feb. 14, the federal government invoked the Emergencies Act, allowing for temporary powers to handle the ongoing blockades and protests against pandemic restrictions.

Early that same day, RCMP executed search warrants in Coutts, arresting more than a dozen protesters and seizing a cache of weapons, body armour and ammunition.

‘Fooled around and found out’

“Local lady arrested was very vocal at council meeting Tuesday night telling everyone how these are all good people and the can handle their own problems,” Willett wrote in a text to Sawhney on Feb. 14.

“Fooled around and found out, I believe the phrase is … !”

Willett, who told Sawhney in a text that he moved to Coutts to retire, was a vocal opponent of blockades during the protests and argued that they were the wrong way to protest vaccine mandates.

“People in the village want their freedom back,” he told CBC’s Power & Politics.

When the federal government invoked the Emergencies Act on Feb. 14, it cited the threat posed by by blockades at Coutts and elsewhere.

In their opening day submissions to the Public Order Emergency Commission, lawyers for the Alberta government argued the situation in Coutts was under control by the time Ottawa deployed the Emergencies Act.

Four men arrested in the Coutts raid — Jerry Morin, 41; Chris Lysak, 48; Chris Carbert, 45; and Anthony Olienick, 40 — are accused of the most serious charge to come out of the protests: conspiracy to murder RCMP officers. The four men also face weapons and mischief charges.

Unsealed court documents show that when the charges were filed, RCMP believed Olienick, Carbert and Morin were part of a sub-group of protesters who “were arming themselves for a standoff against police.”

Two Diagolon patches were found on body armour seized during the execution of RCMP search warrants in Coutts on Feb. 14.

Some believe the Diagolon online community is an American-style militia movement with white supremacist beliefs.

Diagolon founder Jeremy MacKenzie, who testified before the commission last week, has pushed back on those claims  arguing the movement is an online joke set up to troll the media.

Marco Van Huigenbos, a town councillor in Fort MacLeod, Alta., was charged with mischief for his role in the Alberta blockade. He told the commission Tuesday he believes the discovery of weapons tainted the movement.

“For me, it became very clear that every objective we were looking to achieve was no longer possible and our message had been lost,” he said.

Van Huigenbos, who called Lysak “the biggest, friendliest giant,” said he felt the remaining protesters had to distance themselves and leave the area.

He said also testified he believed the blockades could have been resolved had Kenney’s government met with them.

“We were willing to sacrifice our own livelihoods and more for the sake of getting in contact with our governing body, ” he said.