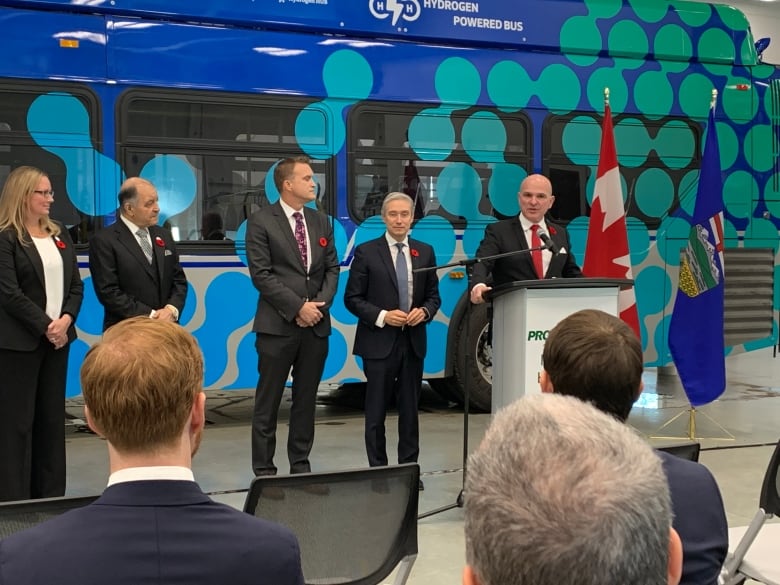 Construction on the largest hydrogen plant in the world will proceed in northeast Edmonton after the provincial and federal governments agreed to contribute hundreds of millions of dollars.

Air Products Canada last year announced its intention to build the $1.6-billion plant, which should produce up to 100,000 tonnes of hydrogen per year when fully operational.

Federal Innovation, Science and Industry Minister François-Philippe Champagne said, in an interview on Tuesday, the investment is a sign of corporate confidence in Canada, its workforce and infrastructure.

The federal government is contributing $300 million toward the construction of the facility, which comes from a fund established to help industry reduce greenhouse gas emissions and meet Canada’s net-zero goal by 2050.

Once the plant is operational — which is expected in 2024 — the Alberta government will give Air Products a $161.5-million grant over three years from the Alberta Petrochemicals Incentive Program.

“There’s been something quite dramatic taking place in Alberta recently, as we recognize the important role hydrogen has to play in achieving clean, secure renewable energy into the future,” Energy Minister Peter Guthrie said.

The project is expected to create 2,500 construction jobs and 30 permanent operational jobs.

Jan Gorski, the program director for oil and gas at the Pembina Institute, an environmental think-tank, said the project will be the first of its kind designed to generate hydrogen on a large scale, compared to current processes that produce hydrogen as a byproduct.

Hydrogen can be used in industrial applications, transportation, and as a source of power or heat.

Government officials made the announcement at the Northern Alberta Institute of Technology in front of a hydrogen-fuelled Edmonton Transit bus.

Federal Tourism Minister and Edmonton Centre MP Randy Boissonnault said “colours don’t matter” as much as the emissions intensity of the process.

Air Products says 95 per cent of the carbon dioxide will be captured and stored permanently underground.

“Whether it’s green, whether it’s blue, whether it’s turquoise, we’re throwing the colour wheel out,” Boissonnault said. “Because what matters is having the right mix of renewables.”

Gorski said consideration must be given to the upstream production of natural gas, which releases methane — a greenhouse gas 80 times more potent than carbon dioxide.

“It’s a positive step,” Gorski said about the hydrogen plant. “It’s a project in Alberta that is in alignment with where the world is going.”

Champagne and Boissonnault also downplayed the potential impact of the Alberta government’s anti-Ottawa and pro-sovereignty rhetoric on potential future international investments in the province.

Guthrie also said his government has yet to decide how a version of a proposed oil and gas site rehabilitation program called R-Star will work.

Smith lobbied the government to adopt such a program when she helmed the Alberta Enterprise Group, and said the energy ministry plans to try a version of it.

R-Star proposes to give oil and gas companies a break on royalties they pay to the province in exchange for cleaning up their decommissioned sites.

Guthrie said his ministry is “weeks or months” away from unveiling the details of such a program and is working with the industry to design it.

“Cleaning up, site rehabilitation, is very important to our government,” he said. “Anything that we can be doing to try to help in that regard, we’re going to try to do that.”

In response to a reporter’s question, Guthrie also said he has no plans to rescind an order that prevents coal mining exploration on the eastern slopes of the Rocky Mountains.