‘They were probably the best neighbours we’ve ever had’: Friend remembers victims of Penticton shooting

Penticton RCMP haven’t yet identified the victims of Monday’s shooting spree, in which four people were killed, but CBC News has confirmed, based on interviews with friends of the deceased, the identities of three.

All of the victims lived on the same block on Cornwall Drive, as does Katherine Brittain, John Brittain’s estranged wife.

Barry and Susan Wonch, who moved to Penticton from Osoyoos about a year ago, were among those killed.

“They were probably the best neighbours we’ve ever had,” said Wallace Murphy, who lived across the street from the couple in Osoyoos.

All of the victims lived on the same block, as well as John Brittain’s ex-wife, Katherine Brittain, who was not one of the victims. (CBC News)

“To have that happen to friends of ours is very difficult and it is very difficult for me to not cry when I’m talking about it because it was a meaningful relationship,” he said. “And I’m glad I got to know them as well as I did.”

Murphy says the couple both kept busy with their hobbies. Barry would collect antique furniture from yard sales and refurbish it.

Murphy says Barry didn’t like anything fabricated, only real wood.

As for Susan, Murphy says he still has one of her paintings up in his house.

“She just enjoyed painting,” he said. “[It] was something that she did free and easy.” 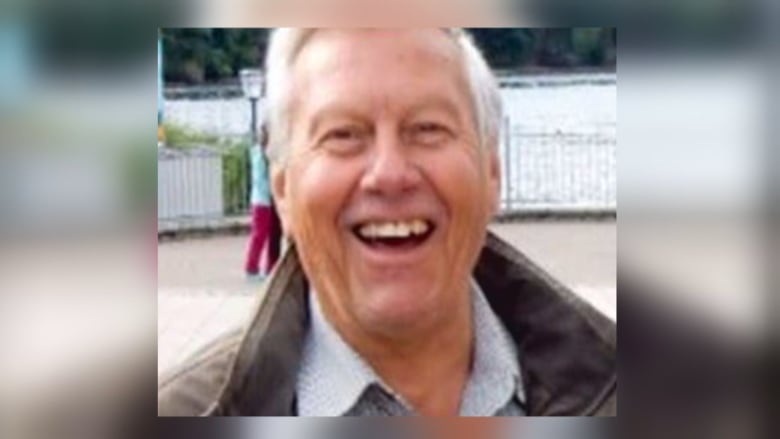 Mounties haven’t released the names of the victims or details of how they knew Brittain, but friends have identified Rudi Winter as one of those killed. (Rudi Winter/Facebook)

Another victim, Rudi Winter, was remembered as a kind-hearted individual by friends and acquaintances.

The fourth victim has been identified by a neighbour as Darlene Knippelberg.

The alleged shooter, John Brittain, 68, has been charged with three counts of first-degree murder and one count of second-degree murder.

Brittain, who previously worked for the City of Penticton, turned himself in at the front desk of the police detachment on Monday. 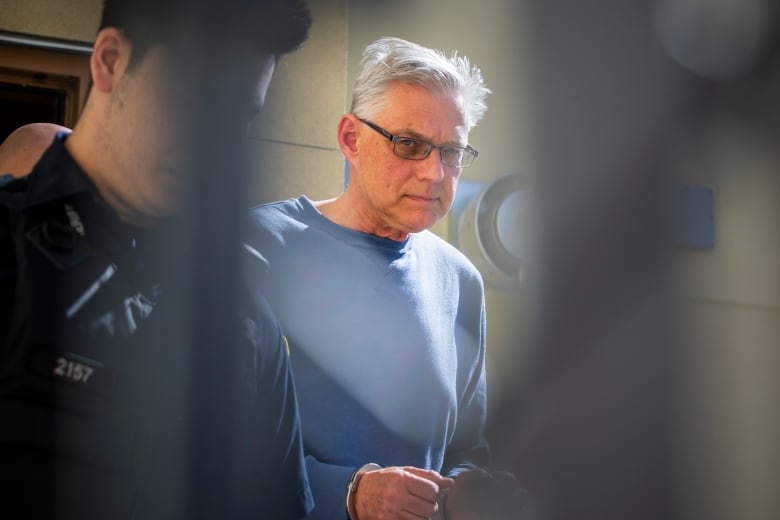 John Brittain, 60, walks into provincial court in Penticton, B.C., in handcuffs on Tuesday morning for his first court appearance after being charged with four counts of murder in connection with a deadly shooting spree in the city on Monday. (Ben Nelms/CBC)

Penticton Mayor John Vassilaki told reporters Tuesday Brittain worked for the city’s engineering department for several years until his retirement “due to an illness” in 2016.