The Sopranos Finale Turns 10: A Look Back at Some of TV’s Other Ambiguous Endings 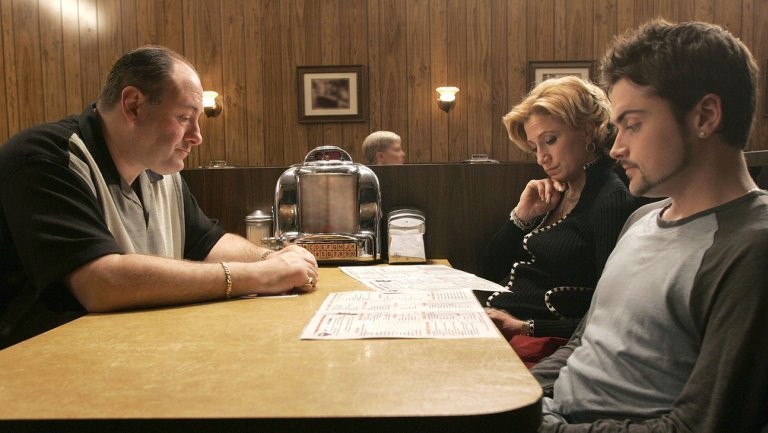 Believe it or not (but don’t stop believing), it’s been 10 years since the final episode of The Sopranos.

That means we’ve spent 10 whole years wondering what the hell happened after the acclaimed HBO series cut to black on Tony (James Gandolfini) and his family sitting in the diner. Was he killed? Was his entire family killed? Or did they just all sit there listening to Journey and eating dinner?

It was both infuriating and totally genius, especially considering the fact that people still regularly talk about that ending after a decade. The finale is currently number 29 out of 40 on our list of the best and worst finales of all time, based on viewer votes, with a nearly even split of 51% loving it and 48% hating it.

In 2016, creator David Chase revealed that thinking about the ending still makes him want to cry, but he’s still not going to tell us if Tony’s alive or dead.

“I said to Gandolfini, the bell rings and you look up,” Chase told the Director’s Guild of America magazine, DGA Quarterly. “That last shot of Tony ends on ‘don’t stop,’ it’s mid-song. I’m not going to go into [if that’s Tony’s POV]. I thought the possibility would go through a lot of people’s minds or maybe everybody’s mind that he was killed. He might have gotten shot three years ago in that situation. But he didn’t. Whether this is the end here, or not, it’s going to come at some point for the rest of us. Hopefully we’re not going to get shot by some rival gang mob or anything like that. I’m not saying that [happened]. But obviously he stood more of a chance of getting shot by a rival gang mob than you or I do because he put himself in that situation. All I know is the end is coming for all of us.”

While few other TV shows have ended with such a big question with such high stakes, The Sopranos is not alone in terms of ambiguous endings, or in terms of questions without answers.

Some shows have gotten the opportunity to answer those questions, and some are purposely keeping us in the dark, but let’s look back on a few shows that left us with a lot to wonder about in their series finales.

The Sopranos aired on HBO.