‘Lordy, I Hope There Are Tapes’: Highlights Of James Comey’s Testimony 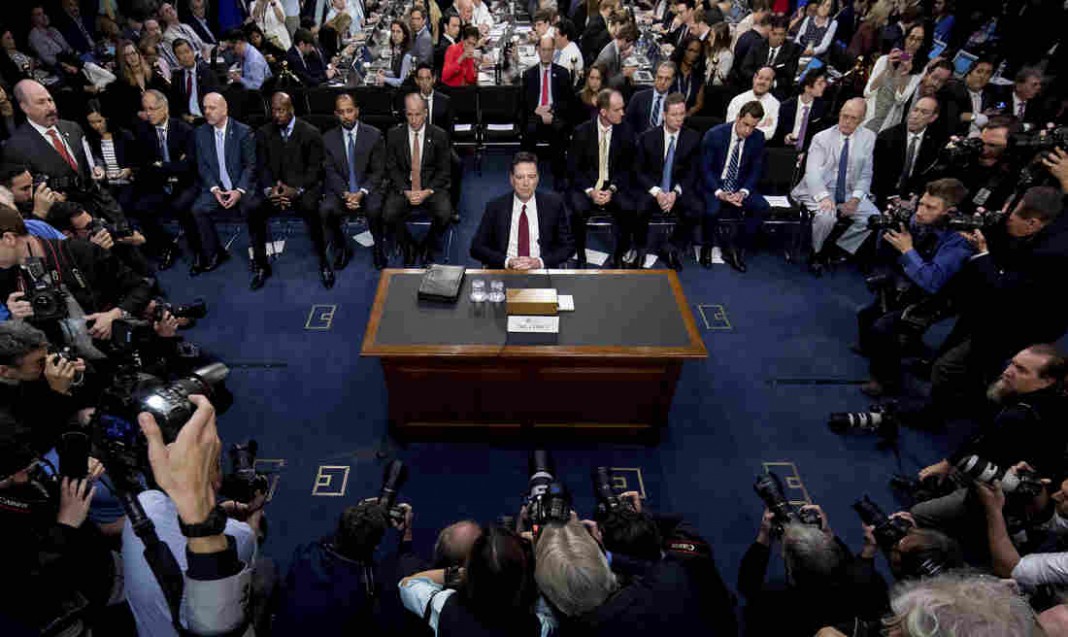 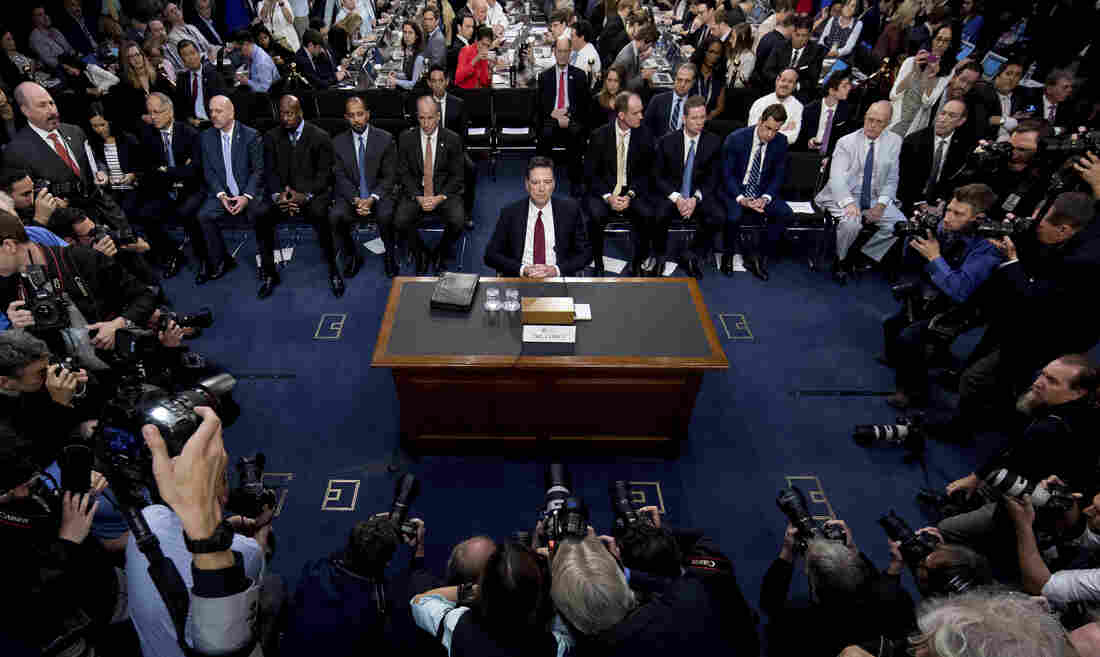 Fired FBI Director James Comey’s much-hyped testimony before the Senate Intelligence Committee was the rare Washington hearing that actually lived up to its billing. And if you didn’t get in line at 4:15 a.m. ET Thursday, as some reportedly did to secure a seat in the Senate Hart Office Building to watch in person, here are some of the highlights:

From his opening remarks, the fired FBI director made clear he believes President Trump was not truthful when he stated he fired Comey because the FBI was in disarray and poorly led. “Those were lies, plan and simple,” Comey said, adding that Trump “chose to defame me and, more importantly, the FBI” in those remarks.

Comey learned of his abrupt dismissal while giving a speech, and said he was sorry he didn’t get a chance to say farewell to his former colleagues. “I am so sorry I didn’t get to say goodbye to you properly.”

Comey said Trump repeatedly told him he was doing a good job, “so it confused me when I saw on television that he actually fired me because of the Russia investigation.”

Comey used the “L word” again while explaining why he decided to take notes during his meetings with the president. After meeting with the president-elect, at Trump Tower in New York, Comey said he “was honestly concerned he might lie about the content of our meeting, so I felt I had to write it down.”

Comey was asked several times about Trump’s request to Comey to drop the bureau’s investigation into former Trump national security adviser Michael Flynn, and whether it amounted to an attempt to obstruct the probe. Comey said that was up to special counsel Robert Mueller to decide.

But Comey said he did “take as a direction” the president’s words to mean he should drop the investigation, though he testified that he refused to do so. He also said it was significant that Trump told other officials in the Oval Office to leave before saying to Comey that Flynn “was a good guy,” and asking him to “let this go.”

Comey said, “Why did he kick everybody out of the Oval Office? That to me as an investigator, is a very significant fact.”

He later said he thought Trump’s firing of him was an effort to hinder the FBI’s investigation into Russian meddling, which he said was “a big deal.”

Comey said he was aware the president tweeted Comey “had better hope” there were no tapes of his conversations with Comey. Comey injected a moment of levity, exclaiming, “Lordy, I hope there are tapes!” He added he had no problem with the Trump releasing the tapes, if they exist.

Comey testified that after he was fired, he gave copies of the memos he wrote about his meetings with Trump to “a friend of mine to share” with reporters. Comey added, “I thought it might prompt the appointment of a special counsel.” And indeed it did.

(Comey said he decided not to directly give the memos to any of the reporters who were gathered at the end of his driveway staking out his home, likening it to “feeding seagulls at the beach.”)

After Comey’s testimony, Trump’s lawyer Marc Kasowitz said Comey “admitted that he unilaterally and surreptitiously made unauthorized disclosures to the press of privileged communications with the President.”

As NPR’s Scott Horsley reports, the lawyer also accused Comey of misstating the timing of the leak.

“Although Mr. Comey testified he only leaked the memos in response to a tweet, the public record reveals that the New York Times was quoting from these memos the day before the referenced tweet.”

In fact, Comey’s timeline appears to be correct.

Trump tweeted on Friday, May 12, that “James Comey better hope that there are no ‘tapes’ of our conversation before he starts leaking to the press.”

Comey said it was that tweet that prompted him to ask a friend to reveal the contents of the memo to a reporter the following Tuesday, May 16. The Times ran a story about the memo contents later that day. Although the Times also reported on May 11 — before Trump’s tweet — about Comey’s private dinner with the president, that story made no reference to Comey’s contemporaneous memos. New York Times reporters corroborated Comey’s timeline on Thursday after Kasowitz’s statement.

When those late-night games catch up to you

Comey said he was “a little confused” by Sen. John McCain’s line of questioning, and judging by social media, he wasn’t alone. McCain appeared to try to connect Comey’s announcement that he found no reason to recommend Hillary Clinton be prosecuted over her email server with the ongoing investigation into Russia’s interference in the presidential election.

But his point wasn’t at all clear, as the senator himself later acknowledged. In a statement after the hearing, he joked that he “got the sense from Twitter” that his line of questioning “went over people’s heads.” McCain added, “Maybe going forward I shouldn’t stay up late watching the Diamondbacks night games.”

McCain said what he was “trying to get at was whether Mr. Comey believes that any of his interactions with the President rise to the level of obstruction of justice.”

It’s not often that congressional hearings hark back to medieval times, but then again this was not a normal hearing. During questioning by Sen. Angus King about Trump asking Comey to “let this go,” — the Flynn investigation, that is — Comey said it rang in his ears “as kind of ‘Will no one rid me of this meddlesome priest?’ “

That’s a line attributed to King Henry II, who was referring to the archbishop of Canterbury, Thomas Becket. Some of the king’s followers interpreted that as a royal edict, and Becket soon met an untimely end.