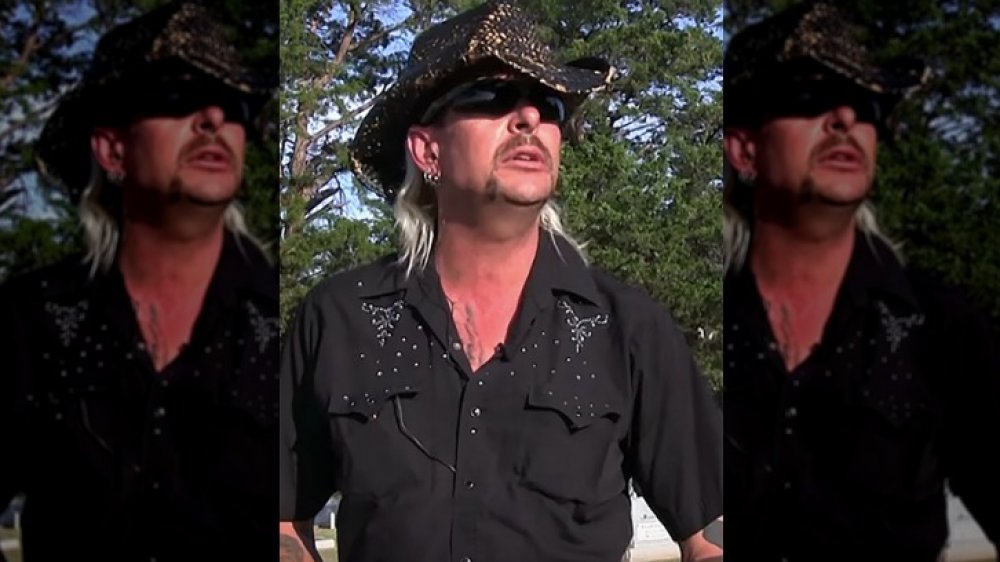 Joe Exotic’s campaign video for president is a lot, to say the least, complete with sad piano music and wild claims about the U.S. government. The clip kicks off with an unknown narrator alleging, against a slide show of wild cat photos, that “there’s a crisis going on nationwide that you might not know about.” The voice then warns that “your rights as an exotic animal owner are being taken away,” noting how the “state of Ohio already has laws prohibiting exotic animal ownership.” As more dramatic images flash across the screen, the narrator claims that “many animals have been stripped from their loving homes and thrown into concrete prisons.”

After the curious intro ends, Joe appears out of nowhere to rattle off more claims. “This is just not about animals, but swat teams are being moved into people’s homes, and guns pointed at women and children simply over an animal law about people wanting to control animals,” he says before bemoaning the “unjust laws being forced upon” Americans, including “social security of the elderly being cut” and “free welfare being handed out.” The former zookeeper adds, “We’re being terrorized by our own government.”

Spoiler alert: Joe didn’t come close to securing the presidency. However, this didn’t stop him from running for the governor of Oklahoma in 2018, an endeavor that also went nowhere.