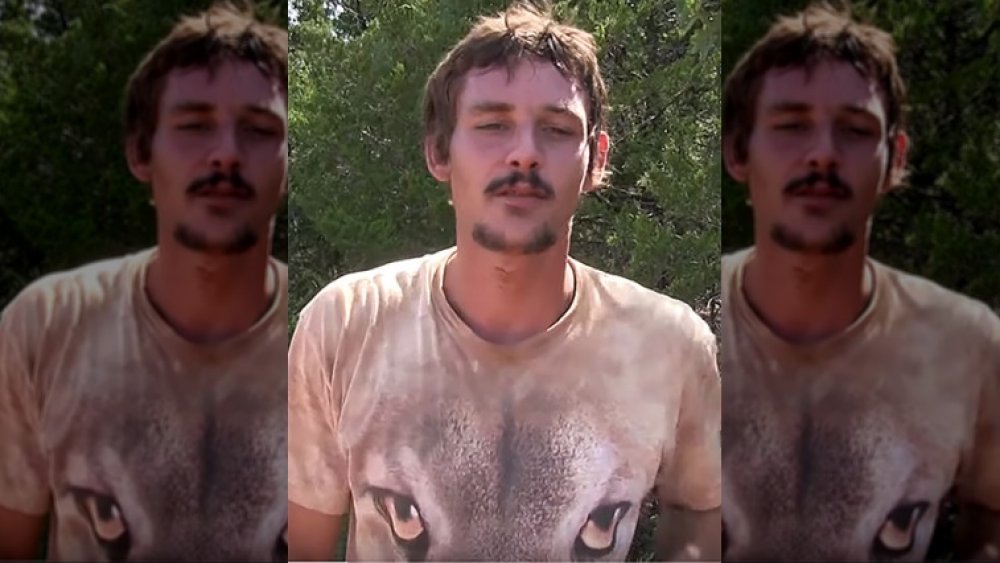 Travis Maldonado showed up at Joe Exotic’s zoo in December 2013. Maldonado, a California native, had allegedly struggled with a meth addiction, and one of the employees at GW Zoo suggested working with animals might help him recover, Texas Monthly reported. Joe was already romantically involved with John Finlay at the time, but he still took a liking to Maldonado, and just a month after the young man began working at the zoo, Joe, Finlay, and Maldonado celebrated a three-way marriage in a dance hall across the street from the zoo, per Texas Monthly. All three men wore pink, button-down shirts at the unofficial ceremony, and some of the “flower girls” were monkeys.

Both Finlay and Maldonado reportedly identified as straight and had rough backgrounds, according to New York Magazine, with Joe offering something of a sanctuary for his partners. But trouble was never far away, and Finlay soon began complaining that the zookeeper was “manipulative and controlling,” per Texas Monthly. The tension escalated in August 2014, when Finlay allegedly attacked Joe in the parking lot behind GW Zoo.

With Finlay out of their relationship, Joe and Maldonado officially tied the knot in June 2015 when gay marriage was legalized, followed by a honeymoon in Colorado, according to Texas Monthly. Although things might have been chaotic at the zoo, Joe’s marriage appeared stable up until Maldonado’s unexpected death.