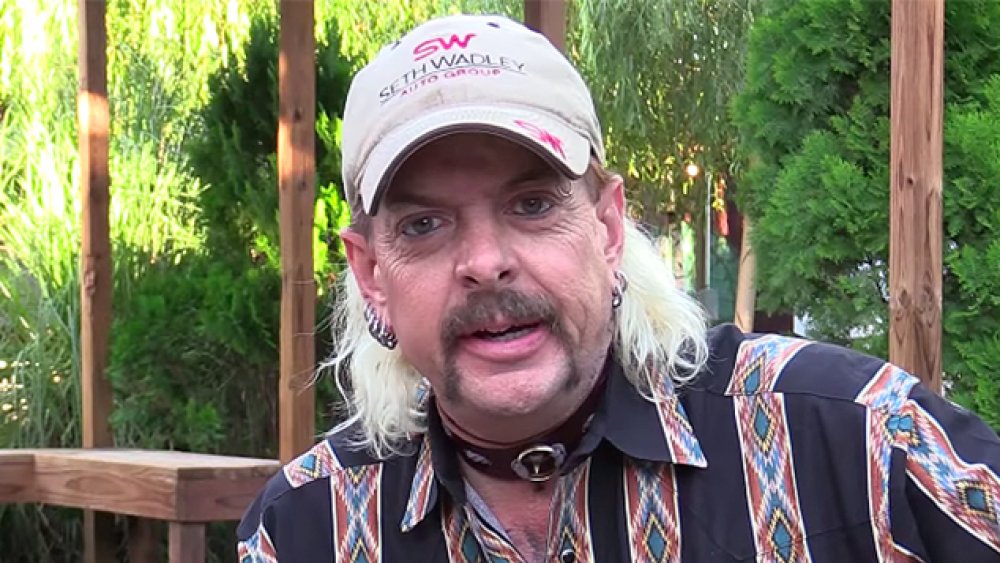 Dillon Passage, who currently works as a bartender, is still married to Joe Exotic and is waiting out his husband’s 22-year sentence. When Andy Cohen asked during his episode of Radio Andy if Passage still loves his husband, he replied, “I do love Joe. He’s been with me through my darkest times, and I’m not going to just dip out and abandon him when he needs me most.”

Cohen also inquired about how Passage met the Kansas native. The 24-year-old revealed they connected in Oklahoma via the dating app, Grindr, just a few months after Joe’s then-husband, Travis Maldonado, died in a horrible accident. Passage admitted that he was an addict when he met the zookeeper and that working with the animals at the zoo gave him a purpose in life. In fact, Joe’s husband called his time at the Greater Wynnewood Exotic Animal Park his “own, little rehab.”

As for what attracted Passage to the eccentric zoo owner? Passage said they connected during a fun night of karaoke, with Joe serenading the young man with “This Old Town.” The fact that they did karaoke is extra hilarious in light of Joe’s falsified music career and his wacky music videos, but Passage wouldn’t criticize Joe, saying of his husband, “His voice is actually pretty decent.” It looks like Joe has a strong ally and partner in Passage, that’s for sure.