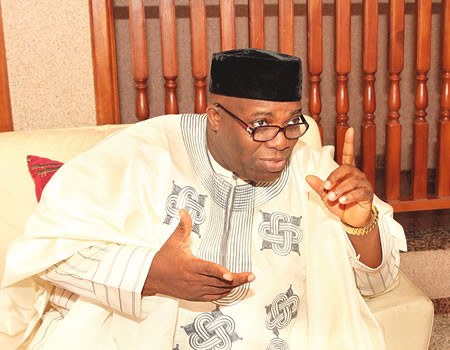 Former Presidential Spokesperson Doyin Okupe has decried the increased cost of living witnessed in the country amid other challenges.

Okupe, in tweets he shared, stated that the longer it takes to curb the pervasive insecurity in the country, the more the effects of ravaging poverty, scarcity, and astronomical high costs of foodstuffs.

He also revealed how the price of foodstuff has increased since the last time he went to the market.

This is the general trend in food prices recently. Just before Rammadan a regular basket of tomatoes sold for N26,000. It dropped slightly to N23,000 yesterday. The same basket sold for N6000 in January.

The slowing down of farming activities across the Nation due to insecurity in the country is a major existential threat to survival of citizens in general.

The longer it takes to curb the pervasive Insecurity in the country the more the effects of ravaging poverty, scarcity and astronomical high costs of foodstuffs in the Nation. #letsEndInsecurity Fast. God bless Nigeria

These were the 4 pieces of unripe plantain I bought yesterday for N1000. These skyrocketing food prices are the direct consequence of the sustained and pervasive insecurity across the nation. Let’s stop insecurity before it stops our existence. 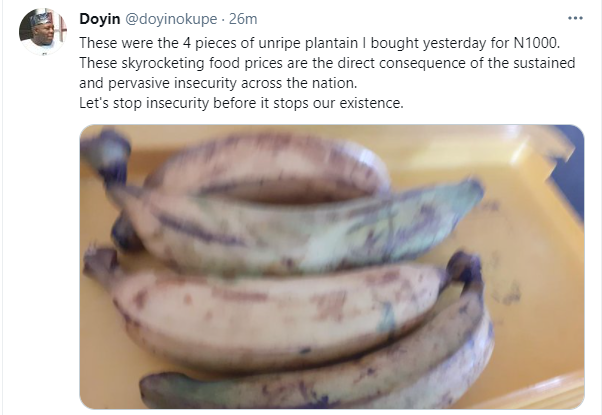