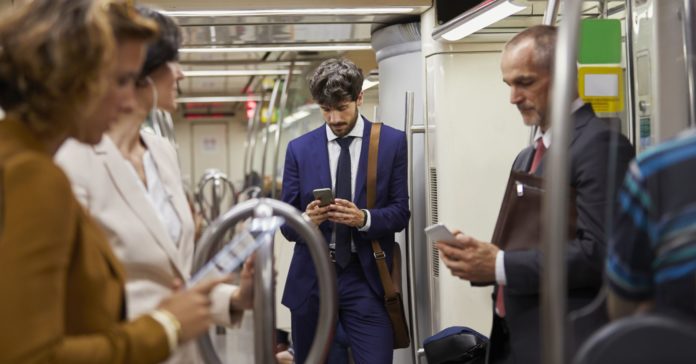 I’m calling it — we’re in a streaming service bubble.

The reasons for developing streaming services vary from company to company.

And those are just the services with news this week.

You probably already subscribe to a handful of the big ones, whose prices range from less than $10 a month to as much as $59 per month: Netflix, Amazon Prime, Hulu, Sling TV, YouTube TV, AT&T Watch TV, Philo TV, Pluto TV, PlayStation Vue — I’m sure I missed a few.

Your regional cable service probably has a streaming application too: Comcast’s Xfinity TV, Charter’s Spectrum TV, Cox’s Contour. These apps are for subscribers only and typically just replicate what you’re paying for on TV on to your mobile devices.

The big entertainment companies are all getting into the game, too: Disney is preparing one featuring its enormous library of films and much more, for late 2019. Comcast’s NBCUniversal has been thinking about one for a while and will likely launch a product in 2019, according to people familiar with the matter. Discovery, which has a niche in unscripted shows, may debut a service with a global technology partner, according to CEO David Zaslav.

Then there are all the apps that are subsets of programming — Viacom’s Noggin, Sesame Street Go, PBS Kids, the Nick app — that further narrow down offerings based on genre. Fox News Channel is calling theirs Fox Nation.

Professional and college sports leagues and teams have their own apps.

Roku, a hardware device, even has its own service, imaginatively named The Roku Channel.

Some of the applications are moderately popular. They’re giving consumers new and inexpensive ways to watch shows and films they want.

CBS All Access and Showtime OTT are on pace to reach 8 million subscribers by 2019, former CEO Les Moonves said in August. Lionsgate said in May its Starz OTT service had a 101 percent year-over-year jump in customer growth. HBO has two popular apps — HBO Go and HBO Now. It took ESPN less than six months for ESPN+ to gain 1 million subscribers, and the $4.99-per-month app doesn’t even have ESPN’s cable TV content on it.

Content producers are also thrilled with how the media landscape has shifted. Netflix has started an arms race by shelling out more than $8 billion a year for content, leading to huge paydays for top producers. Traditional media companies with deep libraries of programming are also happy — the more services emerge, the more entities pay them for their content.

But for consumers, it’s getting harder, and more annoying, to remember which app to use to watch a specific show. That’s the problem David Pierce pointed out earlier this week for The Wall Street Journal. He writes:

“Most nights, I settle on the couch about 8 p.m. looking for a TV show to watch. My options are preposterously good — this is the Golden Age of Television, after all. Yet there I am, futzing with remotes, launching apps and scrolling past show after show until they all blur together. Then I watch “The Office” for the umpteenth time.

Why keep heading back to Dunder Mifflin? Because finding something better requires three remotes, a couple of set-top boxes and half a dozen apps including Hulu, Netflix and HBO Go.”

I’m going out on a limb and saying this flurry of streaming apps isn’t the future of media consumption. If you add up all the streaming media services you buy, the total cost adds up to about what you’d pay for the traditional TV bundle.

That’s not a coincidence. For the most part, media companies are pricing their content so that they don’t undercut existing pay-TV bundle, which brings in money from advertising and fees from pay-TV providers, and which helps support the increasing cost of programming.

In the meantime, consumers are stuck toggling between more apps on more devices just so they can watch the stuff they want.

The end-game solution is an aggregator of digital services that will allow customers to pay for and discover their content in one place. This is what Apple is planning on doing by including original content with subscription services that all live within its TV application.

It’s a great solution. And it got me thinking:

What if there was a company that aggregated all of the video apps — you could call them “channels” — and then gave you a voice-activated remote control to find the show you wanted? Maybe it could even give you a discount on the cost of the bundled programming since you were buying a lot of it.

And, of course, you’d need broadband service to access all of your content. What if that same company offered you an even better discount if you bought the video services with the Internet service?

Now THAT would be a good deal. Just make sure to read my disclosure below.

Disclosure: Comcast is the owner of NBCUniversal, parent company of CNBC and CNBC.com.

Uber’s sky-high valuation and huge losses made sense in Silicon Valley, but not on Wall Street