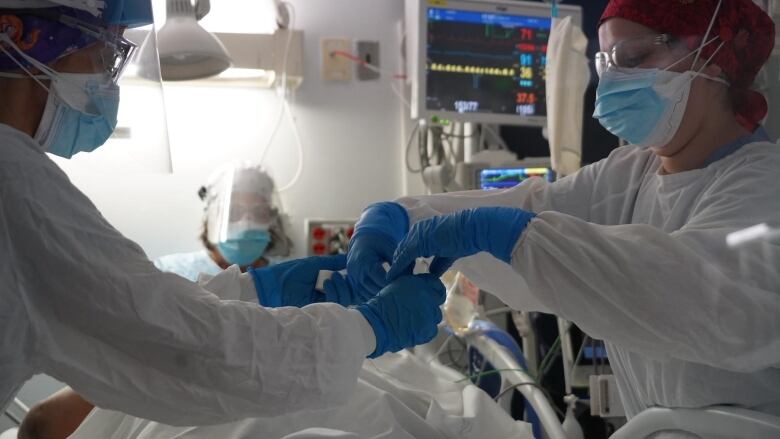 A mechanical whir fills the room as a sling slowly lifts a patient out of her hospital bed.

“Wow, it’s fun to see you like that,” says nurse Caroline Brochu, as the woman is lowered into a chair.

After spending nearly two weeks on a ventilator, severely sick with COVID-19, the patient had been extubated a few days earlier.

She’s slowly being weaned off the oxygen and has regained enough strength to start physiotherapy.

In her early 70s, the woman was admitted to the intensive care unit at Cité-de-la-Santé hospital in Laval in early February.

Like many of the patients the hospital has treated, she was generally healthy before she contracted the virus.

The unknown road ahead

A year into the pandemic, it’s still difficult to predict who will only need a few days of oxygen to bounce back and who will be on a ventilator for weeks.

But what is clear is the virus spares no one.

The ICU has treated severely ill patients as young as 24. Back in January, about two-thirds of the patients were under 60.

At the time of CBC’s visit, there were five patients.

Over the past 11 months, the ICU has treated a total of 175 patients. Twenty-five have died.

During that time, the ICU has worked in uncharted territory, with personnel at times risking their own health to ensure those suffering the most severe COVID-19 complications get care.

WATCH | Staff inside the ICU talk about the cases that still haunt them and the unknown road ahead: 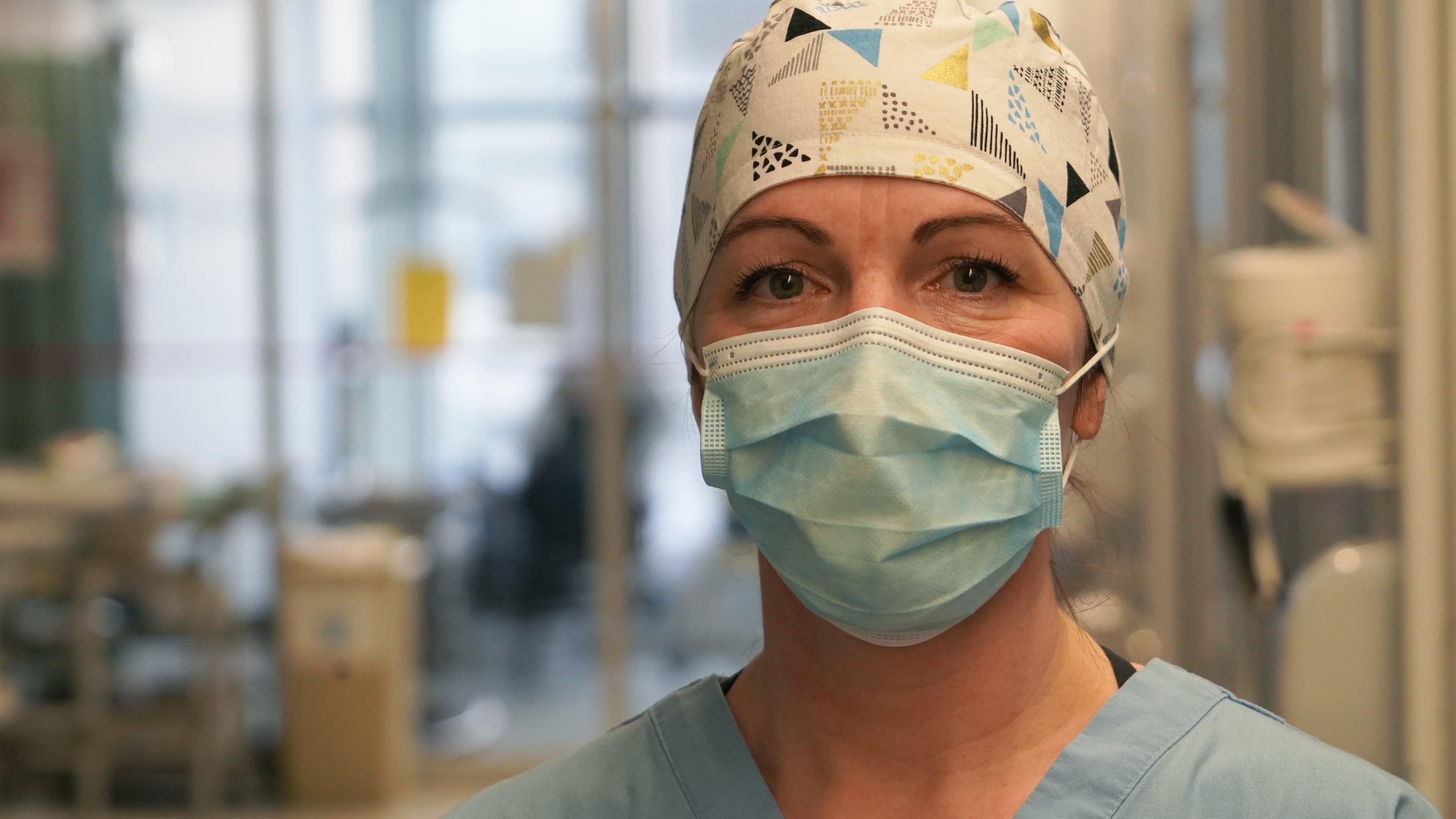 ICU staff at Laval’s Cité-de-la-Santé hospital have 12 months worth of stories of hope and heartbreak. But they’re still worried about what will happen next. 5:44

“Trying to keep the morale has been the hardest aspect of all of this,” said Joanie Bolduc-Dionne, the ICU’s head nurse. “Right now, we have some fantastic psychologists that come day, evening, night to support the team.”

The psychologists visit to get a sense of how staff are coping, and what they might be struggling with, she said.

Family has to stay at a distance

Life inside the ICU can be an emotional roller-coaster — for the staff, the patients and their families.

The daughter of the woman who was recently extubated has arrived for a visit but she has to stay outside the room because her mother could still be contagious.

The distance is painful for both of them.

Exhausted from the effort of sitting and eating, the woman is back in her bed. Her eyes fill with tears as she looks at her daughter through the glass door.

“It’s harder to see her now, like this,” said the daughter, turning to a nurse. “When she was intubated that sucked, but at least she didn’t realize she was in that situation. Now, she knows what’s going on.

Following CBC’s visit, the woman had an unexpected setback overnight. During her sleep, her heart started to race.

The ICU team managed to bring her heart rate back down, but the doctor on shift is concerned about her breathing, which is rapid and shallow.

“If we can’t give you enough oxygen and you are tired with the mask, and if we don’t intubate you, well, it’s death,” Dr. Dahine tells the woman.

With a resigned nod, she agrees to be re-intubated as a last resort.

As she continues to deteriorate over the next few days, doctors have no choice but to put her back on a ventilator.

It’s a sobering reminder of just how unpredictable this virus can still be.

At the beginning of March, the patient was brought out of the induced coma, but still needs a ventilator to breathe.

She had to undergo a tracheotomy. She can only communicate with her family and the staff by blinking.

“She still has a long way to go to recovery but at least she is no longer in a coma,” said Bolduc-Dionne.

Although the number of COVID-19 cases may appear stable, the volume of cases linked to variants of the coronavirus is rising rapidly.

‘The fight is not over’

On Tuesday, Quebec’s health minister continued to warn people to remain vigilant over the March break.

This week, Laval’s ICU accepted two new patients to the red zone, which is strictly for those who are severely ill with COVID-19.

“The fight is not over,” said Bolduc-Dionne.

As the vaccination effort in Quebec gathers steam, staff here hope people don’t forget there’s a parallel battle being fought in the ICU, a battle the public doesn’t see.

“I hope they realize that [the virus] is really dangerous and that you can infect people you love,” said nurse Caroline Brochu.