The cost of living may be going up, but wages are rising, too 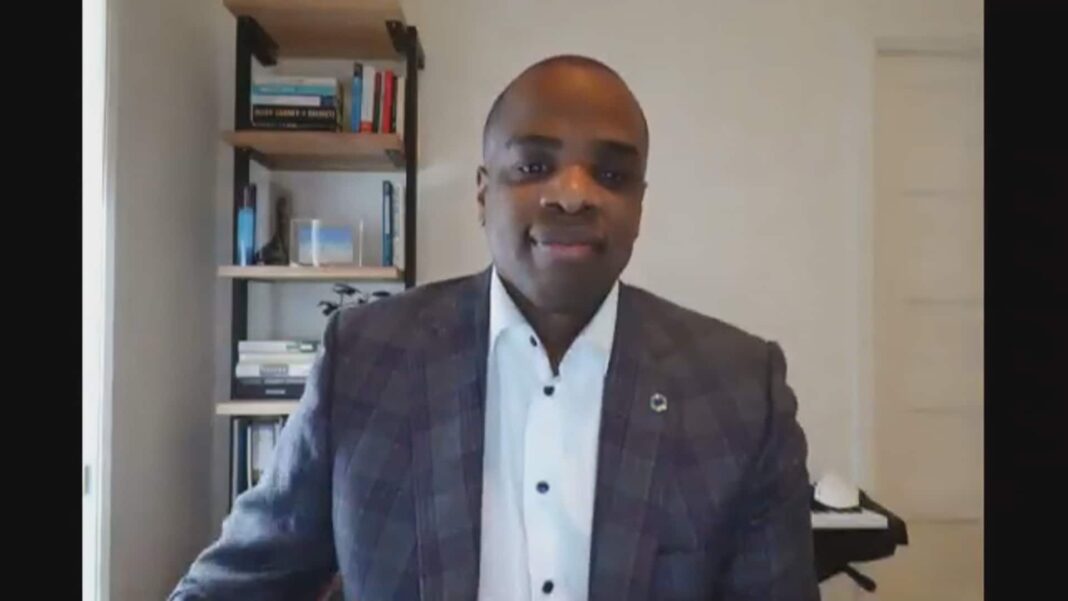 Inflation has risen to its highest point in a generation, pushing up the price of just about everything. But that goes for people’s labour, too, as employers compete to keep up with their staffing needs.

Officially, wages have risen by only 3.1 per cent in the past year, about half the official inflation rate of 5.7 per cent. But because the pandemic had such an unprecedented impact on everything — including statistics — it can be helpful to compare things today to how they were two years ago, before COVID-19.

Inflation is up by almost seven per cent in the two-year period up to the end of February, and wage data shows an interesting split between people who have changed jobs recently, and those who’ve stayed in the same one.

That former group — which the data agency defines as anyone who has been on their current job for three months or less — has seen its average hourly wage increase by 11.7 per cent. That compares to an increase of 7.2 per cent, about the same as the inflation rate, for those who’ve stayed in their same job for more than 18 months.

Those numbers suggest that in this job market, if you’re not getting a raise, it’s time to change jobs because chances are it will pay more.

“Much like the housing market, it’s unbalanced,” he said.

“Whether you’re hourly, production, salaried, management, executive and everything in-between, it’s across the board a war for talent.”

Companies are ratcheting up their compensation packages at a steady clip to meet their staffing needs. In the summer of 2021, the companies that work with Normandin Beaudry said they expected to increase their compensation by 2.9 per cent in the coming year — on the high side historically, Clark said, but not egregiously so.

Then in the latter half of the year, inflation took off and so did wage expectations. By the end of 2021, those same companies were now forecasting a 3.7 per cent increase in their total compensation spend.

“That’s an enormous increase, the most I’ve seen in 20 years,” Clark said.

“A change that quick signifies that companies were playing offence instead of defence,” to attract and retain workers, he said.

In this era of high inflation, workers across the salary spectrum are expecting their pay packets to go up, too, and if they’re not, many of them are showing they are willing to leave to get higher pay.

That’s what Emilija Pruden did. The 27-year-old from Toronto has worked a variety of jobs while she was studying to become a registered massage therapist, and she said she’s noticed a sea change in the way that labour is valued of late. 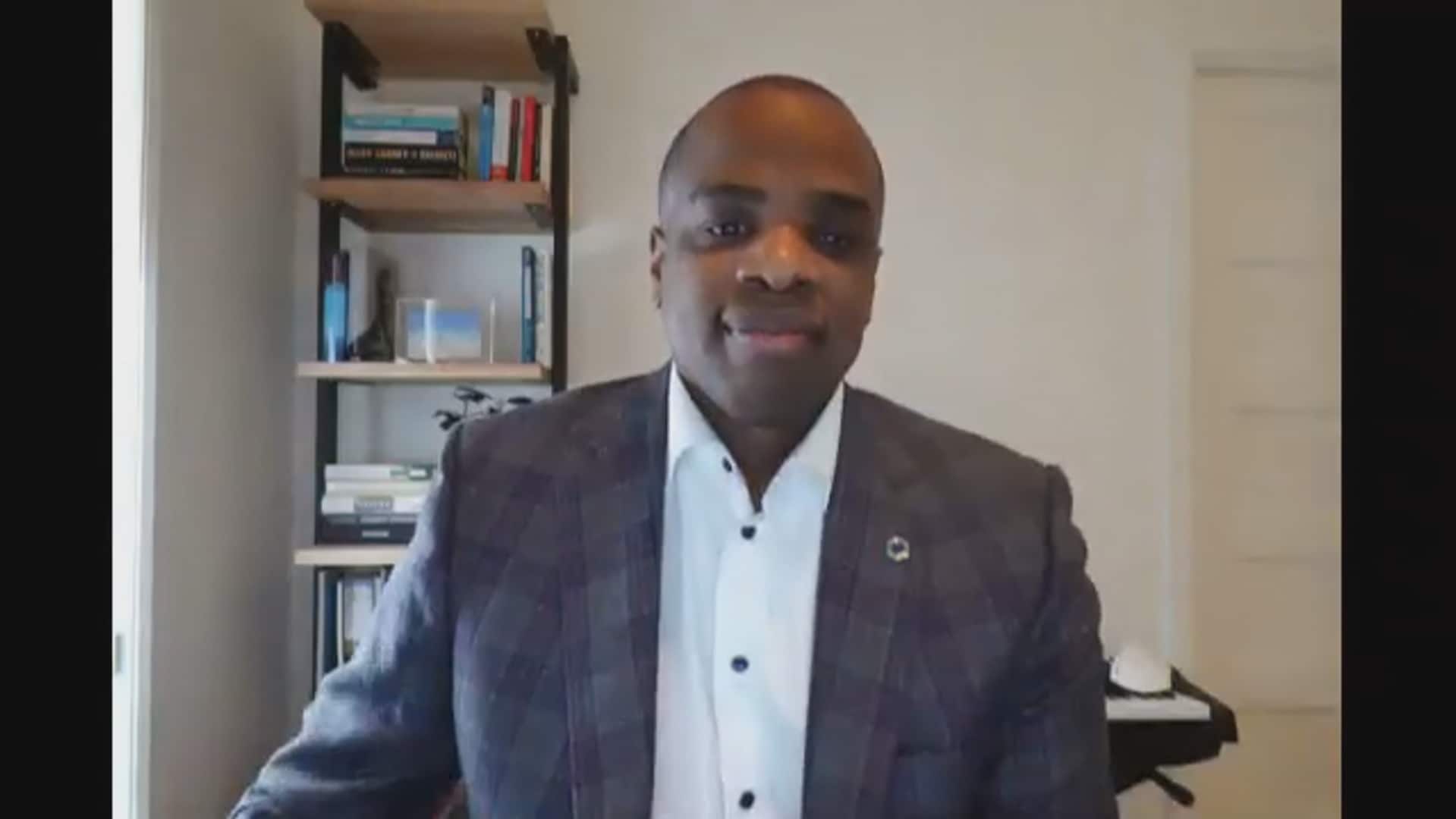 Jimmy Jean, chief economist with Desjardins Group, says wage increases are going to be the norm in 2022, because of a growing demand for labour. 0:36

Prior to the pandemic, she worked as an administrative assistant at a non-profit for about $20 an hour, but saw her compensation increase as she took on more and more senior roles. By the time she left, she had managed to negotiate working fewer hours every week, but at $28 an hour, so her paycheque didn’t go down by nearly as much.

“I’ve seen huge changes in how people are approaching work,” she said.

“The attitude [has] changed from feeling grateful to be employed at all, to feeling like I deserve more for my labour because it’s essential.”

She left that administrative job when she finished her studies in late 2021. Massage therapists can charge anywhere from $50 to $200 an hour, but because of the physically demanding nature of the work, Pruden has no plans to do it full time, so she supplements her income by working at Lululemon part time. She said she has been pleased by how valued she and her coworkers are made to feel for their labour.

Retail jobs are often associated with minimum wage, which rose to $15 an hour in Ontario in January, but Pruden said she started at $17.25 an hour, with bonuses of up to $7 an hour depending on sales targets. The company offers profit sharing and a generous benefits package, which is why she said she plans on staying at the company even if and when her massage business takes off.

In the current market, she said any employer who fights against minimum wage increases or only mandates raises when they are forced to is going to lose staff “because it makes people feel not valued.”

Aiden Heese is one former minimum wage worker who has found himself moving quickly up the income ladder. The 26-year-old from Langley, B.C., started working at Starbucks about five years ago, earning what he thinks was the minimum wage in the province at the time, $12.65 an hour.

But he gives the company credit for rapidly upping their compensation game of late. Even before the pandemic, Starbucks started working to increase employee retention, bumping its starting salary up to $1 above whatever the local minimum wage is, followed by increases of about 25 cents per hour every six months. Add it all up, and he’s now making about 50 per cent more per hour than he was when he started.

B.C.’s minimum wage is slated to increase to $15.65 an hour later this year but “I’m now making over $18/hr after being there for 4.5 years, which isn’t too bad I guess for just being a barista,” Heese said.

It’s not just those on the low end of the wage scale benefiting. There are higher wages to be had all over the economy. The construction sector is red hot, to the point where companies are finding themselves having to pay new hires the same amount people with 10 years experience used to command.

Matt Stainton, president of SG Constructors, recently tried to hire half a dozen new workers for a project, but after interviewing 50 people, he only managed to find two qualified candidates.

WATCH | New construction hires earning what it used to take 10 years experience to get: 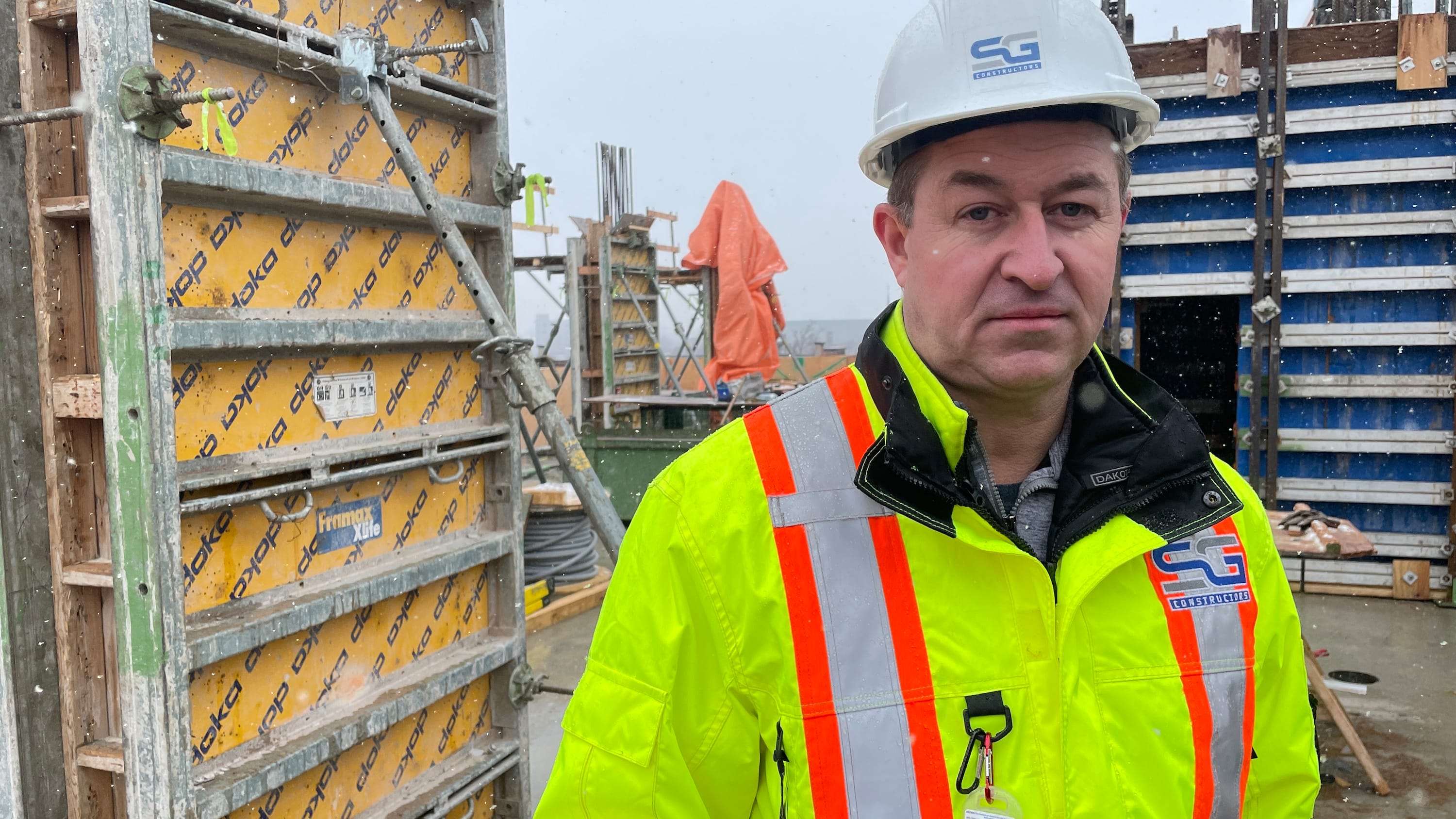 Matt Stainton, president of SG Constructors, says wages are up by 30 to 40 per cent compared to where they were before the pandemic. But he worries what will happen to all those new hires with not as much experience if and when a downturn comes. (Photo credit: Michael Charles Cole/CBC) 0:33

He said he’s paying people 30 to 40 per cent more today than he was for the same job before the pandemic.

“We’ve heard of supply chain shortages and the same goes on the supply for people,” he said.

That’s a recipe for higher wages, at a pace unlike anything that most economists have ever seen.

A “wage-price spiral is underway in Canada,” Scotiabank noted in a recent report on the job market, while TD Bank economist James Orlando said in a recent report the “feverish demand” for labour has made it so that “workers have not had this level of bargaining power in decades.”

With leverage like that, Pruden’s advice for workers with a boss who says they can’t afford raises this year is simple: get a new job, because chances are it will pay a lot more.

“So why on earth wouldn’t they switch? You’d be silly not to.”