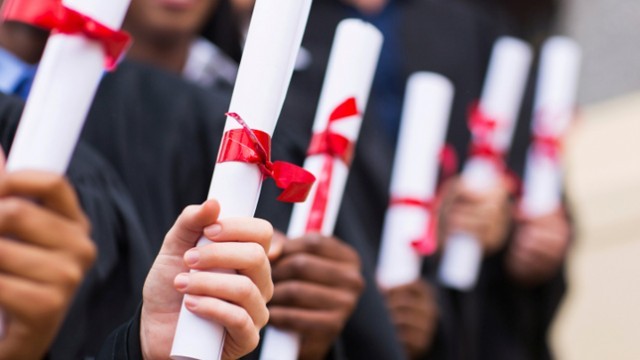 Simpson, 51, was working as a clerk in his wife’s office in Alabama to make ends meet and looking for a new career. Then his wife retired, slashing their household income. He was “dead broke,” he said, when he saw a trucking school ad in 2014:

No experience? No problem! Get paid to train.

CRST International, a transport and logistics company, was promising a career in an industry with steady work and a “huge sign-on bonus,” Simpson said. That November, he jumped on a bus to join an eight-month CRST work/training program in Cedar Rapids, Iowa, the company’s base. He lasted a month.

It was “brutal,” he said. “I don’t think they did background checks on some of these guys. They didn’t really prep you for the [commercial driver’s license] test. There was no real training in backing up. One guy got hypothermia. … I felt like after eight months with them I’d go running away screaming. They should call it Crash and Roll Stunt Team.”

Having broken his contract in order to join a competitor, Simpson estimates he still owes CRST $6,000 and said he regularly gets calls from collection agencies. “It did feel like indentured servitude,” he said. “There’s a lot the newbies aren’t told.”

Student loan debt continues to plague Americans. There’s more than $1.4 trillion of it outstanding, and the federal government pays debt collectors nearly 40 times what they bring in on collecting defaulted debt, according to Bloomberg. Advocates have argued for more generous debt forgiveness programs and more vocational options for those looking to train for new careers.

But blue-collar dreams can be a debt trap, too. Interviews with dozens of truck drivers, instructors, and industry experts yield a grim picture, in which the schools set up by trucking companies to prepare their next crop of drivers may leave students on the hook for thousands of dollars in training fees, with poor job prospects.

“There are some fly-by-night training programs out there,” said Harry Kowalchyk, president of the National Tractor Trailer School. For nearly 50 years, Kowalchyk’s Syracuse, N.Y., company has offered accredited truck driver training. People think “because they saw it online or advertised in a newspaper that they just need to go and will instantly make $500 a week,” he said, but “they’re not ready for the roads, they owe money, they’re disappointed.”

Kevin Visser, an attorney who represents CRST, said in an email that he couldn’t comment on specifics but that “every year CRST brings something on the order of 10,000 persons into the driving field (which is starved for workers) who are not qualified or licensed drivers. I also know that a fairly large number of those folks decide that driving is not for them in fairly short order but that for the remainder, driving can become a reliable, if not lucrative, source of income.”

Don Lefeve, president of the Commercial Vehicle Training Association, which represents nearly 200 training providers (though not CRST), said the group urges its member schools “to make sure we’re educating people early and often” about the cost of training programs and the unconventional life of trucking.

Trucking is the backbone of U.S. commerce. Consumers rely on the industry to move the parts for their cars, the food for their dinner tables, and increasingly the goods they order online. Trucks hauled nearly 10.5 billion tons of freight in 2015, according to the American Trucking Association. That’s 70 percent of the tonnage carried by all modes of domestic freight transportation.

The industry, which provides the top form of employment in 29 states, has faced a driver shortage for years, with a shortfall of roughly 48,000 drivers in 2015, according to ATA estimates. An aging workforce is part of the problem. Increasing pressure from the technological threat of driverless trucks on the horizon has added a cloud of worry.

Recruiting women, who make up just 5 percent of the ranks of truckers, is another concern in the male-dominated industry. CRST currently faces a lawsuit brought on behalf of more than 100 women alleging sexual harassment on the job. The company declined to comment on the suit, citing the pending litigation.

In a separate case, now settled, even a CRST trainee who said she was raped got a bill for tuition arrears. Karen Shank, a divorced high school graduate who had raised two children, said she was paired with a driver who made sexually charged comments, asking her, for instance, if she had a vibrator. He caressed her hand and climbed into her bunk, she said. According to court documents, the harassment escalated to a rape. A month after resigning, she received a collection notice for her $3,600 fee. Shank ultimately won a civil case against CRST and a $1.5 million settlement. CRST declined to comment on the case.

To drive a semi-truck, a driver needs a commercial driver’s license. While formal training isn’t required, most drivers enroll in a program to help prepare them for the written and practical exams in their states. Many community colleges offer license programs, as do independent schools, many of which go beyond the required test material to further instruct drivers about best practices and safety.

Over the years, some trucking companies, looking to boost revenue and widen the funnel of new drivers entering the trade, have started their own programs. The company-run schools often tout the promise of high, even six-figure wages, benefits, and the romance of a new life on the road, plus “company reimbursement” or “tuition repayment” programs that require little or no money up front—that is, if the driver commits to working at the company for a period, typically eight months to a year, with wages garnished to pay for the schooling, which can cost anywhere from $3,000 to $8,000.

Drivers can find themselves locked out of the industry. In 2006, CRST won a lawsuit against competitor JB Hunt that essentially prevented Hunt from buying out the contracts of frustrated CRST drivers. While noncompete agreements aren’t unusual in high tech, finance, and other industries that run on highly skilled labor, such arrangements are less common in such trades as trucking.

“Trucking companies would say they’re helping people get jobs with these schools,” said Craig Ackermann, a lawyer who represents truck drivers on a variety of issues. “But it’s a no-lose situation for them if someone leaves training. They’re running these schools for profit, sometimes with government funds. They know people aren’t going to work for them.” Among Ackermann’s legal victories, he said, was a case involving a trucking school that “seemed to be just some guys and a truck in a parking lot.”

Federal funding for trucking schools can be a patchwork. Some schools are eligible for Title IV federal student aid, receiving at least $4 million in federal loans and $500,000 in Pell grants in 2015-16, according to Mark Kantrowitz, publisher and vice president of strategy for Cappex.com, a free website about college admissions and financial aid. Beyond the Department of Education, some Workforce Investment Act funds have flowed into trucking schools. CRST has received at least $700,000 in such funds, designed to aid in retraining for a job, according to federally mandated disclosures from the U.S. Economic Development Authority. The U.S. Department of Transportation spent $48 million in 2013 and 2014 on training and education.

In cases like Jim Simpson’s, in which the trucking company and not the government administers the loan, workers have fewer protections against harsh repayment terms and high interest rates. Such a loan is within the purview of the Consumer Financial Protection Bureau. Unsatisfied borrowers may also consider filing a report with a state attorney general, Kantrowitz said. Otherwise they are left with little recourse in negotiating repayment terms.

“Unfortunately, even if you don’t read the fine print, you’re still subject to it,” he said.

Last year, C.R. England, another trucking company that offers training, was ordered by a federal judge in Utah to pay $2.35 million to settle a class-action suit brought on behalf of 6,300 drivers that alleged, among other things, that they weren’t properly reimbursed for tuition costs. The company faces another wage-and-hour class action, which has received class certification, alleging that it induced job applicants to enroll in its trucking school with false promises of a guaranteed job.

T.J. England, chief legal officer, said the allegations are false and that through the company’s program “many people with virtually no education or training can have a solid middle-class job in a couple of weeks at no cost to them, with a commitment to work for nine to 12 months,” and have the commercial driver’s license for the rest of their careers.

Giselle Schuetz, a lawyer representing the women in the sexual harassment suit against CRST, said, “A lot of the students who come in have little in the amount of worldly possessions, and they sign these contracts that are incredibly complicated. One of the first things our clients tell us is: I had this debt. I just wanted to get it done, no matter what.”