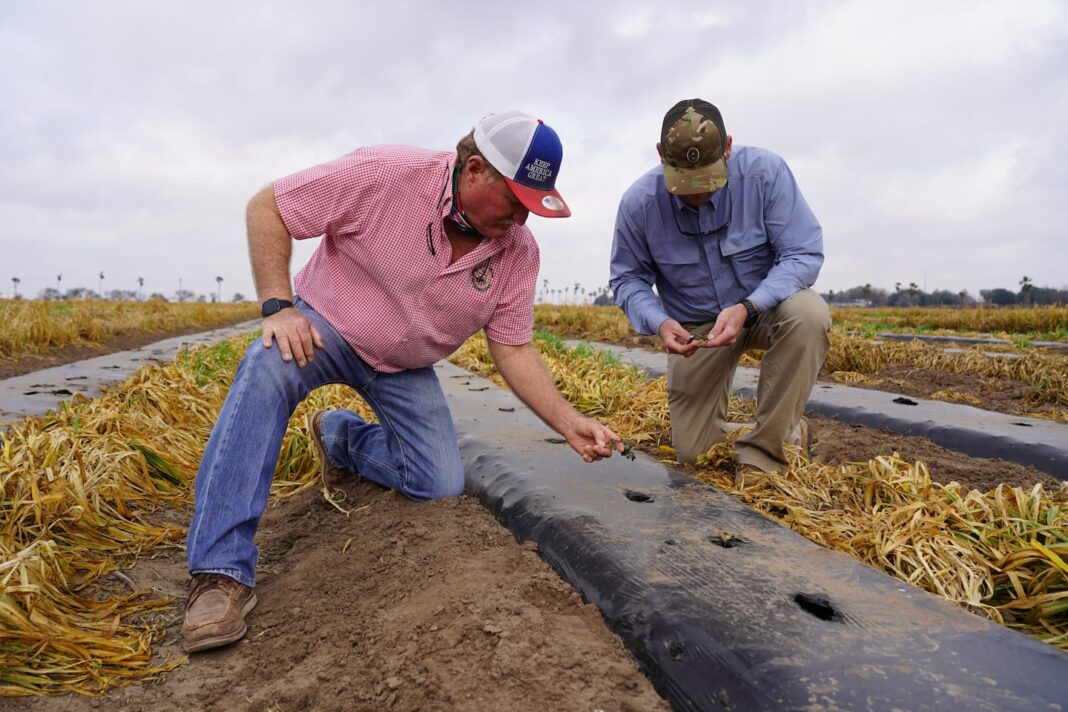 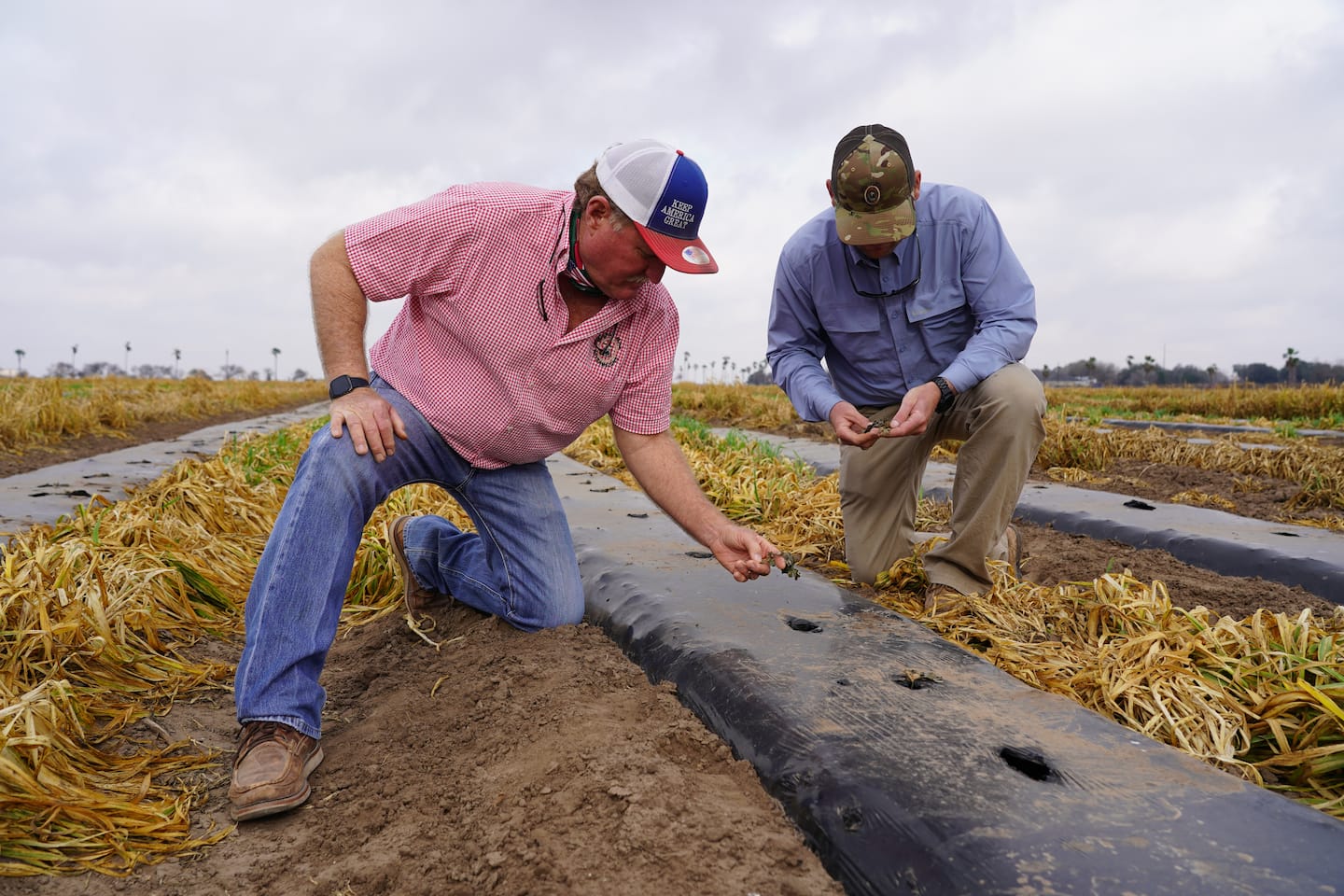 Galeazzi said leafy greens would probably experience the greatest losses; some crops lost entirely. Onions and cabbage seemed to suffer the least, although even those farmers reported a 20 percent loss overall.

Texas citrus losses have gotten top billing thus far in media reports because it took the largest financial hit. According to Dale Murden, a citrus grower and president of the Texas Citrus Mutual, 55 percent of the state’s grapefruit crop was still on the trees and is a total loss; the late Valencia orange crop was a 98 percent loss, he said.

“At this time, it also looks like next year’s crop will be greatly diminished if we have anything at all. Crop damage so far is estimated at $305 million,” he said. “The wind blew too hard for any precautions to work, really.”

Gary Joiner, director of communications for the Texas Farm Bureau, said only three of the more than 40 vegetable crops grown during the winter are expected to survive: onions, cabbage, and potatoes.

Farmers say it is too late to replant most crops.

On Thursday night, farmer Mike Helle was waiting for a semitrailer of replacement watermelon seedlings from Georgia after losing his crop in the Rio Grande Valley. He started planting them at 4 a.m. on Friday.

Helle said he lost 150 acres of watermelon, 60 acres of honeydew. He said the melon loss alone will cost him $250,000 and is not covered by insurance. He lost row crops like cotton, corn, and sorghum, but there’s crop insurance for those.

In the last 11 months, Texas farmers have faced the coronavirus pandemic, a hurricane, drought, and now a freeze. State officials are still working to establish a dollar amount for losses incurred last week, but the Farm Bureau’s initial estimates point to hundreds of millions of damage.

Many likened last week’s storm to a historic freeze in South Texas in 1989, but that storm took place in December when very few crops were in the ground. Helle, who has farmed 2,000 acres for more than 30 years, said this was the worst he’s ever seen in February and was especially devastating because so many valuable spring crops were already planted.

Galeazzi said Texas grocery stores would be short on Texas-grown products for the next few months but that Arizona, Florida, and Mexico grow many of the same crops in the winter and fill those gaps. Still, he said consumers nationally should expect to see some price increases because of the logistics of procuring products from a different growing region.

“For example, Chicago is 1,700 miles from McAllen, so if a small store in Chicago wants kale and has to go to Florida for their product, they’re going to need to pay the rate for more than 3,000 miles” he said.

Day Campos, a spokeswoman for H‑E‑B, one of Texas’s largest grocery chains, said the company is working hard to keep retail prices stable on the shelf.

“We always prioritize and work diligently to support our Texas growers,” she said.

April Martin, corporate affairs manager for Kroger’s Dallas division, said the grocery chain has seen gaps in grapefruit and citrus and will source from California for the remainder of the season. Kroger has also pivoted to source leafy greens, cilantro, cauliflower, and celery from Arizona.

“There will definitely be shortages,” he said. “It will put us looking for food in other states, and it will mean higher costs to food banks as they ship from other regions. Less food, higher costs, and perhaps more stress on fresh produce as it is trucked over additional miles — all will provide a big challenge for Texas food banks in the coming months.”

The storms exposed insufficiencies in the Texas power grid, and officials have been criticized for not being proactive and anticipating extreme weather events.

Galeazzi said Texas greenhouse operations were also affected by the electricity cuts across the state.

“The facts are,” he said, “our state does not have snowplows at the ready, we don’t have salt or sand for the roads, drivers don’t have all-season tires to handle icy conditions, and the long stretches with no power last week would have wreaked havoc for any indoor growing operation regardless of location — an event of this nature never appears, and thus precautions have not been built into our business plans.”